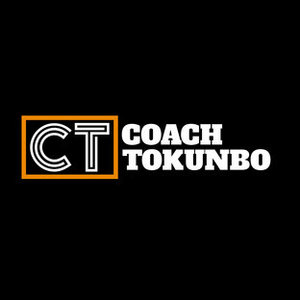 I am a hard, but fair coach who seeks the best effort out of his student-athletes: mentally, physically, emotionally, and holistically. Then, I apply these concepts to life itself. View all coaching experience

I have more than five years of experience coaching youth basketball, boys and girls. I have coached all levels of youth: groups of nine-year-old athletes, one on one sessions with middle school aged athletes, and high school level athletes.

2014-2015
Volunteered to coach at for my church team, Allen Temple Baptist Church, as we participated in the Oakland Neighborhood Basketball Summer League.
Cached boys and girls under nine years old for a club league in San Francisco called the Jewish Community Center.

2016-2019
Trained youth middle school aged athletes over the summers and improved their strength and conditioning skills.

Currently, I am a graduate student at the University of San Francisco where I am earning a masters degree in sport management. I have aspirations to be an athletic director and head basketball coach in my future profession.

I have grown with the personal experience in four different sports: Basketball, Track & Field, Soccer and Baseball.

Basketball
I began playing basketball in middle school for Redwood Day School. I lacked skill work, but I was very tall for my age at the time and I was talented at jumping and very fast. I grew to love the sport due to my natural ability to learn the game and dominate within my first year playing competitively. In high school, I attended St. Mary's College High School where I was privileged to earn my role to varsity in my junior year. That school year in 2017-2018, I was a part of a dominating, near-undefeated team, and we participated in a state championship that year against Campbell Hall high school out of Los Angeles, CA. As I transitioned to Morehouse College, I participated for the team as a red-shirt my first year, then later took more interest in playing intramural basketball instead for the rest of my years there.

Track & Field
In middle school and high school, I had a natural ability to run and jump with high stamina and strength. I participated in almost every event except for throwing events. The events I shined in were the Long Jump, Triple Jump, 100m sprints, 200-meter sprints, and the 4 x 100-meter relay races. In middle school, I ran for Oakland PAL, and in high school, I participated at St. Mary's College High School as well as Castro Valley High School.

Soccer
Soccer was the very first sport I ever participated in competitively and loved it. I believe it was this sport where I grew great stamina and energy for running consistently. I often played forward or mid-fielder when I played and I participated in club teams from the age of eight, up to middle school, until basketball ultimately took my overall interest.

Baseball
I played baseball as the second sport to ever play. I participated in baseball every same year I played soccer. I was a quick learner and found 1st-base and 3rd-base as my best positions to play. One play, in the Babe Ruth Baseball league on Oakland, CA, I hit an inside the park grand slam to win the game to advance us to the championship in the year 2000.

COACH TOKUNBO believes there is a greater benefit to having a private coach who is there to dissect the athlete’s game on and off the court. It is difficult for an athlete to thoroughly exceed expectations or set realistic personal goals when on a team of 10 or more other athletes.

It can be proven that an athlete gains more knowledge of him or herself as an athlete through one-on-one coaching rather than relying on merely the coach of the team for whom they play.

COACH T's TRAINING SESSION IN A NUTSHELL:
Any client, between the age 10 and 17, can expect four aspects each session from me:

Competition (where I or another peer player will test their competitive nature, grit and will to be successful and persevere through any mental mistakes).

Daughter really enjoyed his critiquing style. He spent a lot of time getting to know her skills set and giving tips!

Tokunbo made my son work out in a very playful way. He was so proud of himself at the end. The skills he got will benefit him for the rest of his life

Great coaching. We did basic/fundamental drills with/without the basketball and our session was very accommodating of my skill level. Coach Tokunbo does a good job of pushing you to your limits and guiding you in and outside of the training session.

I had my first training with coach T and it was GREAT. I liked the style of his teachings. Out of all of my trainers he was very focused on my form and he was very dedicated to help me get it right. I highly recommend him for basketball training for all ages.

This is our first time we hired a trainer for basketball. We made the right decision in hiring Coach T. He is a hands-on coach with great intentions of making my son a better basketball player. When coaching, Coach T covers the entire spectrum of basketball, from stretching, warm-up, conditioning, building strength, basketball fundamentals, technique, teamwork, to respect and accountability. He has a passion for the sports that he relays to my son. He expects a lot from my son and pushes him to be the best player that he can be. He is firm, but does this by being positive, instructional and is always encouraging in his training. My son’s ball handling, shooting technique and knowledge of the game has grown tremendously since he has been working with Coach T. He is constantly challenging my son to perform above his limits and making him a better player. He speaks of what to expect during the game with game-like situations. I see my son’s confidence grow after each session. I highly recommend Coach T if you are looking for someone who is “real” and someone who truly cares about making your son/daughter better in basketball. You will not be disappointed!