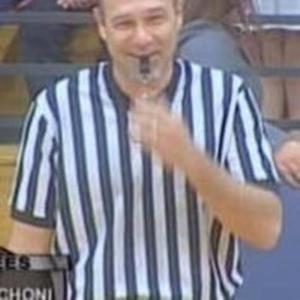 Former college basketball player and coach will teach you how to master the fundamentals of the game and become the best player you can possibly be. View all coaching experience

I have been involved in basketball coaching, recruiting and officiating for over 30 years. I played college basketball at the University of Alaska (Fairbanks) and after I finished playing I was hired on as a graduate assistant for the women's basketball. After my first year of assisting, and after the head coach left, I was hired on as the Head Women's Basketball Coach, and at the time I was actually the youngest head college basketball coach in the country at the age of 23. During my three-year stint as head coach my teams amassed an overall record of 55-26 which still stands as the best winning percentage for any basketball coach in the school's history. I left the University of Alaska to return to warmer climates and accepted a job to coach women's basketball at Sonoma State University and after two years there, with my first child on the way, I made a difficult decision to leave coaching and accepted a corporate sales position in the tech industry to focus on earning more income to support my family. After leaving college coaching I continued to stay active in the sport I love by becoming a referee and also by working as an assistant coach for my son's high school basketball team. Currently I'm employed with Next College Student Athlete as a national recruiting specialist. This is a job I absolutely love as I get to work with athletes all over the country to help them find college athletic programs that are the right fit for them athletically and academically.

As a basketball player, I earned a full-ride athletic scholarship to the University of Alaska Fairbanks, where I started as a pointe guard the entire time I was there and in my senior year garnered All Great Northwest Conference honors and was also my team's MVP. In my senior year I also lead the nation (Division II) in free throw percentage at 92.1% (still verifiable through the NCAA web site).

I am a true fundamentalist when it comes to basketball training because I learned from a very early age (and through some great coaches) that the key to becoming a great player is to master the fundamentals first. Once you master the fundamentals then you can really start improvising and becoming more creative as a player. A typical training session with me would focus on fundamental development through a set of drills and exercises aimed at doing things the right way with regard to ball handling, shooting, passing, 1 on 1 moves, and defending. I like to break everything down to its smallest element and then build from there as we create a foundation to become a fundamentally sound player. After we've mastered the fundamentals then we start working on ways to become more creative as a player, meaning we focus on ways to create shots for yourself and your teammates through 1 on 1 moves as well as working through the framework of whatever offense your coach has you running. We also work on advanced defensive techniques so you can become that defensive "stopper" that all coaches love. Players who work with me will be fundamentally sound and also be able to go "off-script" when needed to create opportunities for themselves and their teammates.

Todd M. has not uploaded any photos yet

There are currently no reviews or testimonials for Todd M.