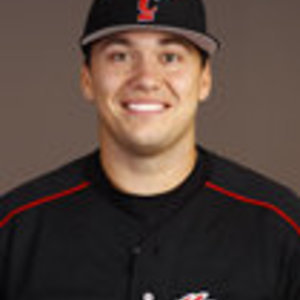 After my playing career was cut short within injury I made the decision to continue in the game of baseball but on the coaching side. In the summer of 2011 I was the Head Coach of a 17u team that finished 23-7. I then took over as an Assistant Coach at the University of Cincinnati. I was with the Bearcats for two seasons. In my first year I dealt exclusively with the pitching staff. I worked with them to develop mechanics, arm strength, command, different pitches, mental focus, conditioning, and fielding skills. In my second season I spent a majority of my time with position players. I worked with them hitting, defense and baserunning.

In August of 2013 I was hired by Ohio Northern University. I am the Pitching Coach and Head JV Coach. I am very excited about this opportunity.

I am a former college player and college coach. After High School I played four years at the University of Cincinnati. The Bearcats reached the Big East Tournament all four years in career. I finished my career with a 4.25 ERA with 65 strikeouts to only 22 walks as a reliever.

My sessions are different depending on the position the athlete plays. Below are example sessions for different positions.

There are currently no reviews or testimonials for Sam S.