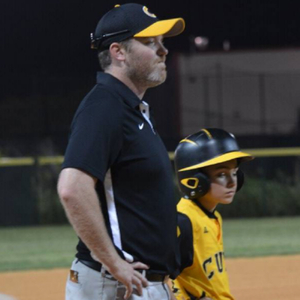 Bring a friend or teammate and train together

Bring a friend or teammate and train together

I am a private coach, performance trainer, and consultant. I offer a range of services, including: Pitching, Hitting, Base Running, and Position - Specific Instruction; Pitching Styles; Training and Conditioning for Athletic Performance; Testing, Measurement, and Evaluation; Consultations, and more!

I competed at both the collegiate and professional level. I played baseball for the LeMoyne College Dolphins, earning All - American honors as a relief pitcher. I was signed by the Kansas City Royals organization and played with the Burlington Royals of the Appalachian League.

I focus on the mechanics to build a proper base for pitching. Drills are used to focus on certain mechanical aspects to establish a good foundation. When that foundation is established, the pitcher can progress, from throwing, to flat-ground pitching, to the mound. If there is a flaw anywhere in that progression, additional drills are used to correct that flaw and resume the progression.

An athlete can expect to start with a warm-up routine, where each step in the routine focuses on certain aspects of the throwing mechanics. Once warmed up, we will progress to flat-ground pitching to work on throwing all pitches or correcting a mechanical flaw. The last segment will be tailored to the pitcher's goal. This can be a bullpen session, working on pickoffs, pitcher's fielding, or other specialized practice

Coach Ryan is great, he keeps my son very interested into the session and makes it fun. Very eager to see more from each session. I would recommend coach Ryan to anyone.

Great coach - did a great job with my 8 year old son, highly recommend!

Today was the first session we have had out of all the coaching where I felt like what was done today made my child understand it. We are so far very pleased and are looking forward to more lessons in the near future

Coach Ryan is an outstanding coach. He understands mechanics and has an extensive array of drills to improve and correct a variety of issues. He also has been very good at identifying areas for improvement very quickly. My son has made great strides in just a few sessions and we plan to continue our sessions with Coach Ryan.

After just one session, my son is hitting better! He has the small tools and tricks for the young boys to adjust their mechanics without the boys ever knowing! He has the patience that gains the trust of his student. He is an excellent coach. We look forward to our next session!

Coach Ryan's time was well worth the session fee. He took great time and care explaining and demonstrating proper techniques for batting and pitching with my son. By the time he was done my 10 year old was eager to book the next session. Coach Ryan is very accommodating, knowledgeable and professional. He even went over the session highlights with me before we left, making sure I knew what he worked on with my son. We will definitely be scheduling more weekly sessions with him!

Talk about some baseball knowledge! Coach Ryan was great with my son! We are looking forward to our next lesson and practicing the drills he taught him in ONE session!

Coach Woods has done an excellent done job with my son. He has been down about playing as he is 10 and coach Woods has put a spark in him.

We love Coach Ryan! Our son has been playing baseball since he was three so we have been through a fair share of coaches for private as well as team lessons.

Coach Ryan has been the best at explaining the fundamentals in a way that our child can understand. The constant communication on what is causing the ball to fly a certain way has already helped our son with becoming more consistent with his hitting. Coach Ryan also isn't afraid to challenge our son during fielding which has helped him become more aggressive at going after balls. He also has gained strides in his base running just by explaining proper techniques.

We have seen marked improvement after just three private lessons and would suggest him to anyone looking to become more confident and refined in their skills. He keeps the lessons fun and entertaining, but will work your child as hard as they are willing to be worked. Book a lesson with him you won't regret it!

Coach Ryan does a great job of relating to my 9 year old. He is a very good instructor.