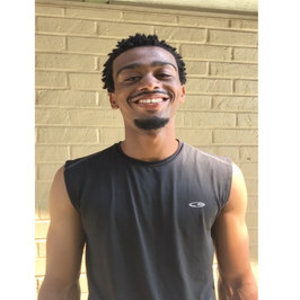 I teach players the desire to win, work hard, and never give up! View all coaching experience

Trial Session is more like an assessment session. We exploit strengths and weakness and plan a routine to develop the exposed skills.

Trial Session is more like an assessment session. We exploit strengths and weakness and plan a routine to develop the exposed skills.

With three sessions, we can develop habits the the athlete can practice outside of training to enthuse proper work habits.

With three sessions, we can develop habits the the athlete can practice outside of training to enthuse proper work habits.

With five sessions, we can start pushing the presence of mental toughness; the most prestigious attribute an athlete can have. This is when training really starts.

With five sessions, we can start pushing the presence of mental toughness; the most prestigious attribute an athlete can have. This is when training really starts.

Book Now
Online Training for up to 4 athletes

I started my coaching career in 2013 at the Boys and Girls Club in West Fresno where a coached boys age 11-13. At the Boys and Girls Club it was frustrating to coach because the kids barely showed up. Most of the time, I had only about 4 team members show. So we did not do a lot of full court or 5 v 5 scrimmage, however, when it was time for games, that was when the whole team was present, yet we couldn't implement anything from practice because of the few that were present. That experience I believe was for the boys to have a place to belong and have fun.

I coached elementary basketball in Fresno, California for Harvest. There, we went 3-3 by the inconvenience of a 6th grade trade trip where our starting 5 missed one particular game. I believe we could have won the championship that year. Our team strengths were our full court press, fast-break, and low post offense. We would practice 3 times a week for 1 hour and 30 minutes. Practices were intense, for the first 15 minutes we would stretch and warm-up. I was a disciplinarian when it came to following directions and listening. Punishments included: squats, suicides and push-ups. After warming up we would then perform drills. The drills ranged from what our team needed practice the most such as, triple-threat, dribbling, passing, defense, rebounding, and transition defense and offense. Drills we seldom or never performed were, shooting, and free-throw. We would practice those with the time we had before games. Overall, my players had a blast playing for me and were looking forward to me coaching again next year. Even the 6th graders wanted me to follow them to their middle school.

I also taught a basketball class at CESA (Central Enrichment Summer Adventures) 2014 at Central East High School ( boys and girls age (11-13). The class was ranged from no skill to very skilled kids. I made dribble, lay-up, defense, passing, and rebounding drills for the unskilled students to learn the fundamentals. For the skilled students, I arranged full court games and drills to fuel their competitive desires. That summer I gained the experience of coaching girls too. The difference I learned between coaching the two is one, physicality, two, attitude, and three communication. Though very small differences, I feel I can transition smoothly form coaching both.

I played little league basketball from 1994-2002. I mostly played the Power Forward and Center position because of my height. (I am now 6'5) My highlights from that time were about 2 blocks a game. A sweet memory I have from that time is from one game I played, it was the last game of the season and my team was facing the undefeated team in our division. Long story short, they made a cake with writing "Undefeated" before they even won the game. My dad the coach told us to make them work the hardest of their life for that win. During the last final minutes our team was up by 2 or 1 point(s), and it was the other teams possession. I noticed the team laxidasy bringing the ball up the court so I took the opportunity to pressure the ball where I snatched the ball away from the ball handler and panic up the court and took a long three. I missed, but it was already to late. Time had nearly ran out. The undefeated forced a bad shot, and we won the game. They left the floor sobbing with tears.

I played Fosh/ Soph Basketball at Pacific Palisades High School in 2006 and 2007. These years were very frustrating for me because I had no experience from the past 4 years and I was clueless when it came down to positioning. I also face controversy from other team mates, where I was bullied for my size and other skills. I was also upset that I couldn't play the shooting guard or small forward position because I believed my strengths were shooting the ball. Long story short, I barely played and I never made it past this level. But I remained determined and from there I played JV and Varsity Volleyball in 2008-2009). I learned a lot even though I didn't play much. I learned that sometimes you have take what you want in life if it is not given. Not in a theft term but to work and prove your worthiness. From there, I became fearless on the court. Never allowing anyone to gain a inch on me.

From there all my basketball activity became recreational. I would play every chance I got at the Fresno State Recreation Center. My face became reckoned with my hustle play and I competed with some of the best ameaturs in Fresno. On one occasion, I happen to catch the Fresno State Men's basketball team at the gym, and I competed with Paul George, and Brandon Sperling where we played against Michael Ladd and Greg Smith. That game I went 3-4 from 3 point range where Paul George found me on two of those shots. That day I will never forget.

In fall 2016, I joined an intramural adult league in Alhambra California. I played coach and point guard for 5 games. I averaged 12 pts a game 5 assist and 5 rebounds.

Since then I coach and trained over 50+ kids, teenagers, and adults through out Los Angeles. My reputation has grown to be known as a very patient coach, who knows how to utilize fun while teaching fundamentals of training and playing basketball.

For all ages I will assess their strengths and weakness. Examine their physical prowess. Understand their goals in the sport. Then I will formulate drills that will push their abilities and enhance skills. Training will range from 45 min to 1 hour. For the first 10 minutes I will stretch and warm-up the athlete. From there we will the divide the rest of the time into 3, 15 minute sessions where the athlete will complete drills tailored to the skills and abilities. An example of this looks like:

I cannot recommend Perry highly enough, he was excellent, engaging and very knowledgeable.

We booked Perry to coach my 13 yr old as part of our visit from the UK. Perry was great communicating with us and arranging a great location near our hotel. Thanks Perry!

Coach Perry is an awesome and exceptional coach , my son is learning so much with him and benefiting from every minute of the session . Coach Perry is certainly passionate about teaching youth to get better in basketball and helps them build skills and self esteem. Thanks coach Perry We are blessed to have you as Hamza’s coach

Coach Perry helps motivate you as a player and provides workouts to help improve in the areas where you most need it! He's helped me to improve my game and I always enjoy the training.

I am a teacher so I can tell who is good with kids. I'm very picky when it comes to people teaching my kids. Look no further. I highly recommend Coach Perry. He is an awesome coach. My son is learning a lot of skills from him. He makes it fun. I'm so happy my son has him for a coach.

Great coach, energy & fundamental drills were very good. He engages well with his players, & teaches performance at a High level. We will keep working with Coach P, and keep working on our skills & performance.

My son recently had his first session with Coach Perry and we are very pleased. Right away, he made my son very comfortable. I like how he was playful but also serious with his training. At this point in time, having a private coach for my son is the right decision. I am so excited to see how these training sessions will improve his skills and confidence. My son was so excited after his session and can't wait for his next one. I also really appreciate Coach Perry being on time and overall being very professional.

My daughter enjoys learning with Coach Perry. He quickly understood the skills she needs to work on. Drills are well paced so that she stays engaged for an hour (big ask for an 8 year old).

Coach Perry listened to what my goals were as an adult athlete and has custom tailored our sessions to my weaknesses. It isn't easy but feels like exactly what I need.

A great 1st session. Devan was engaged and excited to be learning from Coach Perry. He's looking forward to more coaching and progressive improvement in his ball handling and shooting.

Coach Perry is the best! Coach Perry coaches my six year old and keeps the hour challenging and fun. He mixes drills with games and my son is enjoying himself and gaining skill. My sons friend joined today and two was even better than one. He is also prompt and responsive and even changed to a different location for our convenience. Highly recommend.

My son's first session with Coach Perry was an eye opener. Very impressed on how he broke the ice with my son, along with the drills he used to help him with his dribbling, passing, shooting and moves to make him a better player. Coach Perry pushes my son hard enough to get the best out of him but at the same time, he is also patient in building his self confidence. Can't wait to show my son's aau team a new more confident player. Highly recommend Coach Perry to any player who wants to get better.

Coach Perry was great with my 11 year old son. One of the main reasons I wanted to have my son join was to help with his confidence. After his first session with Coach Perry he came home and had a huge boost in his confidence and his abilities. Coach was patient and great with him and worked on numerous techniques to help him be a better player. Coach Perry is great!!

Coach Perry is excellent with kids. My son's interest in the sport has improved and he's looking forward to his lessons. I'm confident his next game will be played on another level.

My son said he learned a lot from this session. I will probably buy more sessions

Very pleased with Coach Perry! He is knowledgeable and patient and knows his stuff! We will be continuing with lessons from here on in!

Can you help me Coach the girls this year?

Coach!, can you be the coach for Glacier Point?