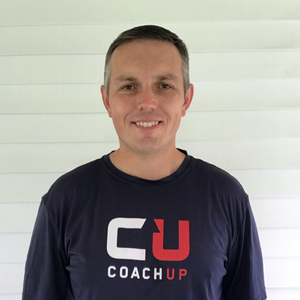 Spring, summer and fall programs across the country, in several states including: CA, CT, FL, NJ, NY, and RI.

My son really enjoyed his first session with coach Paul.

Paul did a great job identifying my daughters areas of improvement in the 1st session. Being a kid she has yet to learn how to bring game intensity to practice and he actually challenged her and got her to turn up the intensity. Overall a great session and a good trainer!

Coach Paul was very friendly and his drills and teaching are really teaching me how to improve my game. I would definitely recommend him to anyone looking to improve their game!

We had Coach Paul for our 8 year old boy. Coach Paul is very professional, patient and encouraging. Virtual class is not easy, but Coach Paul combined instruction with demonstration to make the skill much easier to understand and learn. Thank you!

Coach Paul is awesome! So great with our boys and a great teacher.

Coach Paul was great. My son really enjoyed working with him. Very knowledgeable.

Coach Paul is an excellent soccer coach. He has a vast knowledge of the sport and gives great tips on how to become a better player. My son has become more confident on the field in just a few sessions with Coach Paul. He is friendly, patient, and professional. I highly recommend him.

Paul was nice, and patient.

The first session with Coach Paul was great. He took the time to see what I can and can't do. He pushed me to keep going and try harder. He is very encouraging. Great Coach.

Coach Paul was wonderful with my 10 year old son. He cannot wait to do another lesson! Paul is patient and very fun to work with. Thankyou so much!

Excellent trainer. He was patient and thorough while working with my daughter and her friend. He focused on the points we addressed beforehand and the girls got a lot out of the experience.

Coach Paul is not only a very qualified trainer but also a very patient and dedicated coach. My daughter completed her 5th session of goalkeeper training with coach Paul today, and she is looking forward to the next session. His fun but determined approach has helped my daughter improve her goalkeeper skills as well as her confidence. What I like the most is his communication with the player, where he provides constructive feedback and my daughter can openly ask for advice and work on areas and skills she feels are her areas of concern. More importantly, the improvement is evident, almost immediate and quite impressive. Since my daughter began training with coach Paul she has had 2 shutout wins, a 5-1 win and a tie. She uses all the moves and techniques learned during practice. I cannot end this review without mentioning coach Paul's great demeanor and disposition, he will work with your schedule and always shows up with a smile on his face and truly wants to teach good soccer skills. Definitely a true soccer fan, with palpable vocation for coaching and clearly a passionate soccer player. A million thumbs up!!! I recommend coach Paul to anyone and everyone looking to gain some great soccer skills and immense love for the game. See you next weekend!

Coach Paul is an AWESOME coach. After only 1 session I could see a change in how my son played. Both his technique and his confidence were better. Coach Paul is patient, informative and really knows how to coach. My son is working with coach Paul to try to make his HS team and the advice he is giving is amazing!!!! I highly recommend Coach Paul to anyone.

Coach Paul has worked with my daughter twice and she has really enjoyed the sessions. He is very thorough and detailed with his assessments . My daughter is a goalie and he has been working on foot movement and positioning. He is a very good trainer.

Paul is an exceptional soccer coach and it's a privilege to have him work with our club. He puts a lot of time and dedication into training our children. His vast experience with coaching youth soccer has been invaluable to our community.