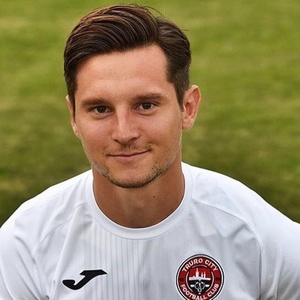 An ex professional soccer player who has coached and played at an elite level in England and America who wants to help players improve their soccer performance. USSF D License View all coaching experience

I have trained and coached athletes at an elite level right down to players taking their first steps in soccer. I have coached in the Southampton FC academy in the English premier league and with Exeter City FC in the English league 2. I have also coached at Lone star soccer club in Austin and San Antonio as well as at Oklhaoma City Energy who currently play in the USL. I have experience with players as young as 6 right up to adult players. I have an English FA level 2 and a USSF D license in coaching soccer and am also a qualified personal trainer and training to get my strength and conditioning qualification.

Professional for 1 year and Apprentice for 2 years

National league/south player of the month

PDL national team of the year 2016

Southern Conference player of the year 2016

Captained the side to a Mid-South conference title

The focus of each session will be based around each individual players needs. I can help players to develop many technical aspects as well as improving their physical attributes based around soccer performance. Something as a qualified personal trainer I am very adept to help with.
Players will be thrilled with the results they see with their technical and physical improvements for soccer. I want players who are willing to work and have a desire to improve no matter what level they are.

Noah has always come prepared with good drills and a good workout!

Noah is a very good coach. My 17 yr old son was really happy with his training today. My son is also very conscious about his diet and said that Noah offered him help him with this, to improve his game. My son is looking forward to work with him again!
Thank you Noah!

In one hour my sons learned more than I would’ve imagined. Can’t wait to see their progress working with Noah.

Coach Noah worked really well with my son. He was patient and professional. My son greatly enjoyed the session

Noah helped me develop my game in so many aspects. He was very professional and the sessions were fun and I improved a lot. The technique aspects of my game developed massively and I got stronger and quicker. He also gave me the confidence to take what I had learnt into my games for my club team.