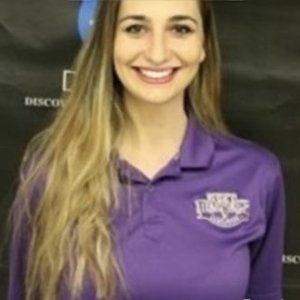 Message Coach
Fast Response Rate:
The percentage of time Milica B. responded to client inquiries within 48 hours in the last 3 months.
100%
Training Locations

My coaching experience started with coaching the Rockhurst Volleyball team in Kansas City, Missouri, in the year of 2012. I have coached college athletes. During my Master studies in Finland, I have worked as a head coach for Jyle volleyball team and as an assistant coach for Huki volleyball team. I worked with athletes 10 - 20 years old.

I served as an assistant Women’s Volleyball Coach at Fashion Institute of Technology-New York, NY Agust 2015. I organize and plan practices and games and provide high-level volleyball drills with useful strength and conditioning exercises for volleyball players.

I was Head Volleyball Middle School and JV coach at Avenues The World School –New Yor, NY from September 2014 to September 2016. We won the 2014 AIPSL and 2015 AIPSL middle school volleyball championship. I organized, scheduled, conducted, practices, and games and provided high-level volleyball drills while helping children to develop the love of learning.
I was Head Boys JV and Varsity Volleyball Coach at Computer School -New York, NY from February 2015 to May 2015. I break down and teach the fundamental skills for players at all levels including fitness-related exercises and provide positive leadership.

I served as after School Head Junior Varsity and Varsity Volleyball Program at Bank Street School - New York, NY from February 2015 to May 2015. I was responsible for running after school recreational programs for boys and girls age 10-15. I plan and organize practices including fitness training.

Lead team in high-level exercise, providing excellent technique in volleyball. I focused on passing, hitting, setting, and serving(jump serve, ground serve, float serve), the position of hands and feet, increasing jump, and speed. Starting with a warm-up, running, and stretching out. Then, use the ball with a partner, and warm up with a ball. Then, do the exercise with a ball, for improving the technique. Then use the passing drills, setting drills, blocking drills, serving drills. I do the demonstration of every single exercise, myself. During each drill, I make sure that every single participant performs the exercise correctly with good positions of feet and hands.

Coach Milica helped me improved a lot. She helped me technically and physically in order for me to play better on the volleyball court. Not only was the improvement quick, but the sessions were fun, challenging, and educational!!

Coach Milica is a great coach! Just had 2 sessions and already see a difference.

Fantastic lesson! Milica was super professional and fun. She created a great atmosphere for learning. I highly recommend her.

Coach Milica is a real professional - she is organized, prepared, easy to connect with. My daughter really clicked with her, taking her advice and she learned a lot in just one hour. We are definitely booking more sessions! Thanks Milica!!

Coach Milica was excellent! Towards the end of the first session i could already see improvement in my daughter. My daughter enjoyed working with her very much. She was very knowledgeable and explained each step. Her warm up and drills were fantastic. As soon as were we down we signed up for more sessions.

Coach Milica showed me the basic skills in volleyball, and I found extremely helpful the level of detail that she provided at each step. From her excellent instruction and feedback, I was able to progressively gain better control of the ball until I was able to pass the ball back to her with great accuracy, regardless of whether I was receiving a pass, serve, or spike. I enjoyed that she adapted the level of difficulty of the drills to match my skill level which allowed me to leave with a great sense of accomplishment and eagerness to play in my next game.

Milica was just great! She went above and beyond. My daughter thoroughly enjoyed working with Milica during her first session. Her coaching methods were positive, engaging, challenging and productive.

Milica’s positivity and hard work are infectious. These qualities plus her solid ability to teach the sport enable her to garner fast results. I highly recommend Milica! She’s a fantastic coach.

Coach Milica was great! She gave really helpful instruction to my daughter who is a beginner. They did drills and reviewed the basics. We definitely recommend Milica and will book more sessions with her.

An amazing coach and woman! I strongly recommend giving Mi

Coach Milica is great! Learned so much in just three sessions with her. I can't wait to use my new skills in this weekends upcoming tournament!

I had an amazing experience training with coach Milica. I’m an absolute beginner who never played before. Her smile, enormous patience and tremendous knowledge of this sport brought me to a level that I have not even hoped for. Milica’s professionalism and attitude is infectious and will make you aim higher in setting your goals. She was able to break down the technique and practice in such a way that it was easy to understand even to a complete beginner (which is not an easy task, by all means). She packed each session with multiple practices – passing, setting, serving, leg work etc, but it wasn’t overwhelming, it was structured just right. It is obvious that Milica knows and Loves what she is doing and she passes it onto her students! Top notch! I’m looking forward to learning more and would recommend Milica to anyone!

We liked everything about milica: her infectious smile, her expertise, her great teaching style (which makes you feel comfortable from the start). Something about her inner confidence and love of the sport made us feel like working extra hard, and also made us feel like we could achieve any goal with her. I highly recommend this coach!

Milica is an excellent coach. I am a beginner player who has only recently embarked on learning to play volleyball. Milica helped me improve my passing, setting and hitting skills in a significant way. Her teaching methods and tips are very effective in quickly learning the new skills. After a few sessions, I am noticing considerable improvement and feel more confident to pass, set, and hit the ball. I would recommend Milica to anyone.

Coach Milica was awesome! I've been casually playing in a few leagues with Zog Sports and needed someone to help me with my technique. We spent the hour running drills to practice proper setting, bumping and serving. Milicia also gave me a rundown of proper positioning in each game. She was extremely encouraging and diligent throughout her lesson. I really loved her style of teaching, always demonstrating and reinforcing it while I was practicing.

Thanks again - I'm off to practice everything you taught me. I'll be booking a session again soon :).

My daughter lives working with Coach Milica! She's knowledgeable and encouraging and packs alot into each session. I highly recommend her.

Patient, competent with great teaching methods. Training with her is fun and I look forward to my training sessions with her.

Great coach, extremely friendly and helpful. Puts in the effort to help you improve your skills and form.

My daughter had two upcoming college combines. Being that high school volleyball ended and her club team had not started, I needed something to fill the void and keep her fresh and practicing. First I was truly amazed on how fast Coach Milica contacted me after I signed up. My good feeling were further confirmed as I watched my daughters first practice. Coach Milica kept my daughter working for the whole lessons on every aspect of the game and with very regimental drills from passing to serving to spiking and setting. You can tell,Coach Milica has a tremendous knowledge of the game and can break it down and train very well.
My daughter is super pleased, and I feel I GOT more than I EXPECTED. I would recommend coach Milica to anyone that wants a good one on one training to improve aspects of your.game

Coach Milica was extremely helpful and taught me so much in just one session! She breaks down each technique so that you can easily improve on it. I was able to fix some bad playing habits of mine thanks to her, all in just one day. Coach Milica is definitely recommended for anyone interested in volleyball. You will not regret booking her! I look forward to more sessions with Coach Milica.

Coach Milica is great! She is extremely knowledgeable and patient. I strongly recommend coach Milica to anyone.

Milica is one of the best coaches I’ve had the pleasure to work with. She is hardworking and pushes her players to achieve their maximum potential. She is well respected by both her players and her peers

Milica was a Division 1 and Division 2 volleyball player. She was one of the best players in her teamsand she had a full ride scholarship at both Mineral Area college and Rockhurst University. Milica is a dependable worker, kind and diligent and an overall great person. I observed Milica's coaching. Based on my observations, I can attest that as a former college athlete, she has plenty of amazing knowledge in the game of volleyball. Milica is able to successfully explain every aspect of the game, demonstrate, encourage and give great advices. As a a full ride athlete she was among the best starting 6 players. Her technique was excellent along with great knowledge of the volleyball as a sport.