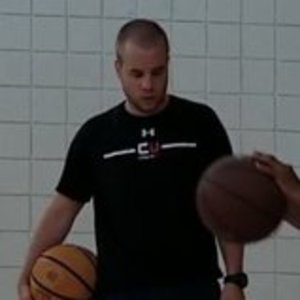 Strong passion for youth improvement, and helping a player realize and reach their full potential in the game of basketball "Hard work beats talent when talent fails to work hard" View all coaching experience

Started playing basketball around the age of 6 years old. Played at all school levels, involved in camps and played one year at the college level. Position: Guard (Mostly Point)

- Willing to Coach/Train ages 8 and up

Played one year at Hesser College (Freshmen year 2006) in Manchester, New Hampshire. Qualified and played in the USCAA National Tournament.

Session Plans will be based off of what area the player needs to and is looking to improve, although will be covering the entire game in order for the player to reach their full potential and play at a high level.

-Stretching and warming the body up properly before work out. (Important for preventing injuries)
-Ball Handling Skills
-Defense
-Shooting
-Footwork/Positioning
-Rebounding
-Court Vision
-Passing
-Strength/Speed/Quickness/Conditioning
-Confidence in your game
- Anything and Everything about the game of basketball

I can show you what it takes and help you become a better basketball player, but only the player that is training can make themselves better. Buying into the training, pushing yourself and showing strong commitment and hunger depends on the player.