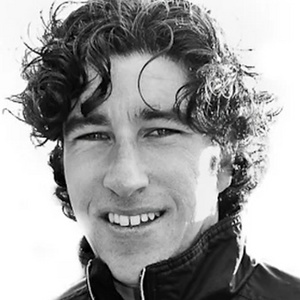 Australian coach, USSF C Certified. Over 15 years experience coaching youth players. Pro club training experience. I am an even better COACH! I will help you onto the right path View all coaching experience

Two players in a lesson with coach Mark

Two players in a lesson with coach Mark

Three players in a lesson with coach Mark

Three players in a lesson with coach Mark

Four players in a lesson with coach Mark

Four players in a lesson with coach Mark

Conveniently from your home via zoom with coach Mark

Conveniently from your home via zoom with coach Mark

I have over 15 years experience coaching youth soccer from ages 5 to 20 years old. I have a United States Soccer Federation C Diploma. I have coached recreational, select, premier and collage players at my soccer school Champions Soccer School. I have 4 seasons coaching high school soccer varsity and JV both boys and girls. I have 7 years coaching club soccer at Newport FC and Bellevue United age groups U14 to U19 both boys and girls. Yes, I can coach goalkeepers too. I have had lots of goalkeepers training over the years so that I would be able to improve the goalkeepers with my teams and at my soccer school.

I played youth premier club soccer in New South Wales, Australia from 8 years old to 21 years old. I played futsal for many seasons as well. I had professional playing experience in Malta in 2004. Never actually got to play a first team game :)

I can custom make a session for you. We can work on whatever you need help with. If you are not sure we can have a look in the first session. A lesson typically has one or two soccer related topics we work on. I focus heavily on correct skill execution taking the player through correct balance, connection and follow through positions for each skill.

Coach Mark has done a fantastic job working with my 11-year-old son on goal keeping and defense skills.

Mark is a great coach. He gives good tips to our daughter..that are easy to remember and making sure she is able to remember them throughout the week to practice. Mark is honest about his feedback and tells our daughter what she needs to hear. We have been very happy with him and have seen improvement from our daughter. He is very knowledgable.

Very impressive experiences with Coach Mark. He is a very patient, responsible and nice teacher.

Coach Mark is objective, direct, and experienced with multiple ages and levels of players. As a parent, this is refreshing and informative, helping us make the right decisions for our children.

Parent: As a parent I enjoy Mark’s enthusiasm for soccer as well as his ability to explain things in the context of the game. At the end of each training session, Mark summaries what he and my daughter worked on; it allows me know what the key training points were and what I might reinforce later when I watch my daughter play. My daughter has gained tremendous confidence in her abilities as a soccer player. Coach: Mark’s an inspirational coach who teaches skills that can be taken farther than the soccer field.

Our 10 year old son was interested in trying out for one of Seattle's better teams. We found Champions Soccer School and interviewed Mark to help him prepare. After 2 months, our son improved tremendously because Mark is just that good. His knowledge, attention to skills, attitude, and patience remain a high water mark for us. Thank you Mark

I just wanted to send Mark a note to thank you for your help with our son. Successful We came to Mark because our son was facing a highly competitive tryout and we wanted to improve several areas of his game. After working with Mark our son had a great tryout and made the team. The coaching gave our player the tools to use as well as the instruction on when and how to use them. It enabled him to move past instinct and habit and play with a more structured and informed style. The sessions with Mark did a lot to focus and prepare him. As an example: Our son said after the first day that he was doing 1v1’s against a player he knows and lost the first two rounds. He took a mental pause and tried to focus on playing with a bit more purpose and using the moves he has been working on with Mark, and promptly won the next five challenges in a row. He was very pleased. Flexible Mark listened carefully to what we needed and made a plan to work with us. When we brought feedback from our son’s Crossfire coach, Mark was able to shift gears and refocus on specific areas. Works Well With Youth Players Mark worked well with our player. He had a good feel for what our player needed to learn, how much he could absorb and how hard to push him. Our son enjoyed the sessions and was enthusiastic to attend. Professional and Knowledgeable Mark was always professional and also still flexible to work with our schedule as he could. He was easy to get in touch with and reached out to us quickly when needed. He has a good knowledge of the game is able to share that well. We would definitely recommend Mark as a coach.

It is my pleasure to recommend Mark as a soccer coach. There were several things that really stood out about Mark's approach to coaching. First of all his passion for the game really shone through. This was not just passion as a fan, but more as a coach looking at the technical abilities of the players and tactical approach of the teams. At the younger levels he really focused on the individual skill development of the players. Some of them were a bit raw and he worked to provide training situations which would help the more novice players but also provide challenges to the more advanced ones. He was good at creating activities which focused on the particular skill. He could demonstrate what was needed; you could see him using the key coaching points with the players. When working on team tactics, you can see his input and insight into how to utilize players. I wouldn't hesitate to have Mark as coach for players in a one on one or team capacity. His knowledge of the game and his passion for coaching certainly make him an excellent teacher of the game for young developing players. He is demanding of players, but also has a great rapport with them and they respect what he has to say.