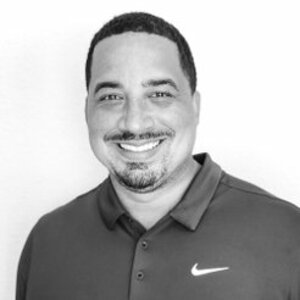 As a lifelong student of the game of basketball, I have been extremely fortunate to be the recipient of high level instruction from some of the best coaches at both the high school and collegiate levels. I strive to use this knowledge combined with my personal experience as a coach to assist athletes in meeting their goal of reaching their full potential. I feel that in order for an athlete to meet his or her full potential he or she must first be in maximum physical and mental shape.

AWARDS/ACHIEVEMENTS (AS A COACH)

AWARDS/ACHIEVEMENTS (AS A PLAYER)

As a freshman helped Sam Houston State University reach most successful season in school history with 23-7 record… Southland Conference regular season and Tournament Champion, NCAA Tournament participant- which was first in school history. Ranked in top 10 in the Southland Conference in assists with 3.9 as a sophomore. Limited to nine games of action due to hernia repair surgery junior year. Transferred to Minnesota State University Moorhead for the 2005-2006 season.

It is imperative that I and the client establish clear and effective communication to ensure that the proper procedures will be established to best fit the client’s aspirations and goals. In the initial training session I will have athletes complete a conditioning test, skill evaluation, and personality survey. These components will help me to identify the athlete's skill level, strengths, weaknesses, and future goals.

Excellent coach help me to see and view the game from a different perspective.

Coach Marcus is an exemplary facet in the basketball training arena. After only fifteen minutes of training with my granddaughter, I could see vast improvements in her performance. He is very knowledgeable, skilled, patient, and down-to-earth when dealing with teens. He knew how to get her into "The Zone." Coach had her putting her best foot forward and stretching beyond boundaries that she didn't realize she possessed. In short, we had an awesome session.

Coach Marcus was great! This was our first session tonight and my son is excited to go back again. He pointed out areas my son needed to work on and gave him drills to do to help. I am very happy that I found this site and lucky to have Coach Marcus to work with my son.

Coach Marcus was very concerned and had patience with my son. I know he will help my son become a better athlete just by the first session .

Able to speak to my son at the appropriate level to engage him. Listened to me and my concerns. Addressed those issues with my son in an easy to understand message and lesson plan.

Coach Marcus was great with my 11 yr old son. He went thru all the basic stuff he would learn as he gets older. They worked on footwork drills, dribbling and shooting. We look forward to our next session with Marcus.

My 12 year old son had a great session with Coach Marcus. Coach made him feel comfortable and was very patient at explaining what he wanted and what was done right and what needed improvement. He also gave him a workout routine to do during the week before his next session. My son left feeling he had learned some good things and was better for it. He is looking forward to his next session.

Coach Marcus was very patient with my son. He did a fantastic job with him and explained everything in detail he was teaching him. My son enjoyed his session and was already asking when is my next one. Thanks coach.

My daughter had a very good session with Coach Marcus and I was impressed by how he related to my daughter and made her feel comfortable. I am looking forward to continued sessions .

Awesome workout! Marcus was easy going and very knowledgable and helped me where I needed the help.

Still, to this day I strongly feel that Marcus Ebow (Clear Creek HS asst) who is arguably the best point guard in North Shore history, would've been an excellent choice to have returned to his alma mater. Don't forget, Ebow was very instrumental in the game plan which enabled Clear Creek to upset and eliminate North Shore from the playoffs this past season.