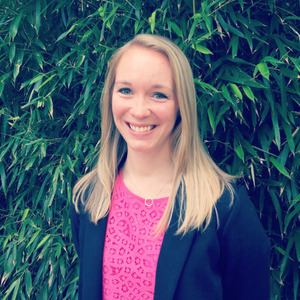 My dance training extends beyond the studio and into the collegiate realm. I have been teaching for nearly as long as I've been dancing, and my experience ranges from ballet to hip-hop and from ages four to eighteen.

My dance experience directly fed into my passion in sport psychology when, following a career terminating injury, I was faced with the daunting question of "what's next?" Since receiving my M.S. in Sport and Exercise Psychology (Springfield College, 2015), I have worked with athletes, teams, and coaches at the NCAA Division III collegiate level. I have also worked with the Massachusetts Olympic Development elite soccer program and Broadway performers.

Since delving headfirst into the world of performance enhancement/sport psychology, I have initiated a mental skills training program at a well-established sports injury prevention center affiliated with Boston Children's Hospital, Division of Sports Medicine.

My first client session runs 1hr and is designed both to introduce mental skills training and establish the client's motivation for seeking out my services. Depending on the age of the client, this session is also meant to establish parental boundaries from the outset (client--mental skills trainer confidentiality, in accordance with MA state guidelines).

Following the client's sport history (and injury history if applicable), I provide the client with the opportunity to identify the skills s/he finds most pertinent...client input encourages choice, empowerment and involvement.

Follow-up seasons are 30min each, and are highly technique focused. Based on the needs of the client, I will identify a tool s/he can begin using in sport (i.e. trigger words/behaviors for thought redirecting during pressure moments). The client is encouraged to take this tool, explore how it best works in his/her situation, and practice it's use between sessions ("homework"). Continued visits involve reassessment, reevaluation and progression of skill development.

After one appointment with Coach Kelsey my child stated he was feeling a lot better for his upcoming games and he seemed more relaxed out there. Will continue to have Coach Kelsey work with him.

Kelsey gave our daughter skills to deal with nerves and self doubt. We are very pleased.

Everybody needs support at some point, whether it is for sports or life, and I am truly grateful that my support came from Kelsey. After suffering a pretty severe hamstring strain, I went through the typical motions of physical therapy, and despite months of work, I was still not feeling certain that my hamstring was healed. But Kelsey helped tremendously! She was able to get me in the right mindset to believe what my trainers were telling me, that my hamstring was fine. By using methods Kelsey taught me I was able to get back to running much quicker than with previous injuries. After my injury, Kelsey continued to work with me on building confidence in my running. By working with Kelsey my times dropped a great deal. Again, Kelsey taught me how to trust my training and compete with little fear of re-injuring my hamstring or simply of losing.

Our varsity cheerleading team had talent but lacked confidence on the competition floor. Kelsey came into practice the week of the team’s biggest competition of the year, the National Championships. With her guidance, she was able to put a positive and re-focused energy to all the members of the team. Her activities that allowed the cheerleaders to practice imagery, positive self-talk and trigger words helped their confidence to the forefront as they took the competition floor. We used Kelsey’s strategies each day before they competed. As we left the competition that weekend as National Champions, we are so grateful for the skills and ideas Kelsey helped us with!