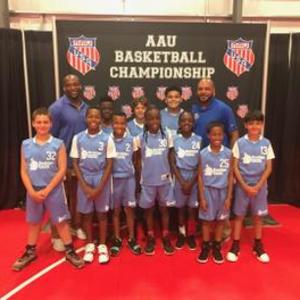 For all of my professional life, my mission has been to help individuals, particularly youth, to reach their potential. I carry that same passion into basketball. View all coaching experience

I specialize in beginning to advanced skill development for 6-16 year olds.

Key starter on a team that reached Championship Finals for ACIS (Athletic Conference of Independent Schools).

The highest level of basketball I competed is high school basketball.

I treat every athlete as an individual who has unique skills, goals and aspirations.

The first step is to get to know the family, the player and the player's current skill set and goals of where they want to be at a set point in time.

My son, Mark, wanted to play AAU but I was afraid to have him even try out for any local teams because he was so raw. Coach Karim said he would accept him but told us ahead of timethat he likely would not play much as he developed his skills for that first year. One year later he played and even started some games for Coach Karim's AAU team that was #1 in New York State (11u, Division 2) and competed in National championships. I am convinced any youth player will improve under Coach Karim. He helps players increase their strengths but also help on their weaknesses.

My son, Jay, loved basketball but frankly st 9 couldn't make any local teams. Coach Karim asked me did he have the passion and if so, he'd work with him. He improved incredibly each year over the past two years. He is a consistent 3 point shooter and has 2 guard dribbling skills. You really would not believe he is the same player as when he first started with Coach Karim.