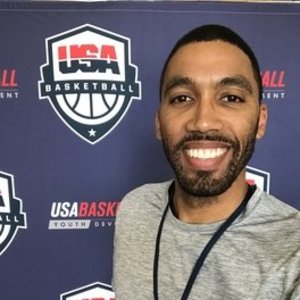 **Please contact me BEFORE you book.**
The early bird gets the worm!

Summer is here! Time to work on your game! I am here to help you or your child get better at the game of basketball.

Message me to find out about availability to get the ball rolling!

Greatness comes from hard work and attention to detail...

In addition to basketball training, I ALSO train athletes in strength and agility for other sports such as football, baseball, soccer, etc. and on the beach in the sand.

I have over 25 years of basketball experience. I have completed the necessary 10,000 hours of dedication to the sport to be considered an expert/professional. My goal with CoachUp is to motivate, train, and instruct your talented student-athlete to excel on the basketball court.

I train college and international players preparing for the NBA Draft in Santa Monica, CA with one of the top sports agencies in the industry. Assisted main trainers with day-to-day on court and weight room preparation leading up to 2018 NBA Draft. I helped train point guards, wing players and forwards in possession specific drills for pre-draft showcase in front of every NBA team represented at the showcase. I Worked directly with players for the LA Clippers, Los Angels Lakers, Golden State Warriors, Orlando Magic, Philadelphia 76ers, Charlotte Hornets, among others.

I also train young players of all ages. I also helped to develop the training system "Hoop Prodigy" which specializes in basketball education, innovation and lifestyle.

DORSEY H.S., Head Coach Varsity Boys Basketball, Los Angeles, CA 2018- 2020
• Video coordinator of post-game analysis for coaching staff
• Maintained real-time in-game stats for coaching staff on bench on iPad in “Basketball Stats” App to maximize statistical mismatches and points of emphasis during game
• Worked with forwards on finishing around the rim with either hand in traffic and proper footwork

HOOP PRODIGY.COM, Co-Developer and Coach, Los Angeles, CA 2015- Present
• Program is devoted to the development of intelligent basketball players
• Incorporates education, nutrition, and community service to mold players into high functioning athletes
• Offer training, clinics, affordable fitness, sports conditioning training packages for young athletes
• Program was created to give players a resource that sets them up for success in the game of basketball

Understanding what type of player you are is a key component to success in the game of basketball. Our first session will start from with the basics and fundamentals of the game in addition to find out what your goals are as a player. I focus on basketball education along with intense physical and mental workout routines. My goal is to have every player evolve & develop your basketball IQ & overall game! This also allows the players to set a benchmark and grow their skills and development. My sessions will improve your skills and knowledge as a player. I have cones for dribbling drills, an agility ladder, multiple basketballs and various drills for all playing levels. We start by establishing realistic goals and then layout a plan to achieve those goals. It's about hard work and dedication to the craft and I guarantee you will become a better player.

Jonathan was a wonderful coach. He was specifically teaching plyometrics. He has great knowledge in basketball and plyometrics training. He was super friendly and a great instructor. Definitely recommend!

Playing AAU and High school basketball, I was in search of a higher skill level of training for my daughter. I am happy to report my daughter thoroughly enjoyed training with Coach Harper! The training session was both challenging and fundamentally sound. He was engaging and encouraging with my teenager and she responded well which is no easy task! I highly recommend Coach Harper for any player looking to elevate their game. My kid left the gym ready to schedule her next session!

My sons loved working with Coach Jonathan!
He focused on teaching my boys skills and infused the session with fun, too!! We can’t wait for our next session! Thanks Coach! 😊

Coach Jonathan did an excellent job with son, I usually force my son to work on his game; after one session he was already asking me to come back. Coach Jonathan patience, knowledge, and techniques are like no other and top notch. I would recommend Coach Jonathan to anyone who is looking to get better at the game of basketball. Book him and I promise you won’t regret it.

I am very impressed with Coach Harper! He is very patient, knowledgeable, supportive, encouraging, and informative! He is very down to earth and relates well to my son in a way that is effective for learning. Coach Harper actively participates as my son is learning and shows him step by step motions as he learns, reiterating each move to ensure proper techniques. He has also motivated my other son to come out of his comfort zone and get in the game!