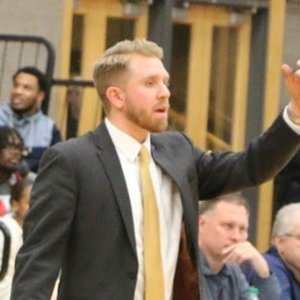 Basketball has been a major influence in my life since I was five years old. I fell in love with the game at a young age, and now I want to teach players how successful they can be through hard work, and end up accomplishing their goals.

I coached for five seasons as an Assistant Coach for the Framingham State University Men's Basketball team. I was involved in recruiting, defensive teaching, and offensive player development. I had the pleasure of coaching with current Head Coach Billy Raynor and former head coach Peter Mugar, who looked to turn this team into a winning and strong-cultured program for young men.

Prior to Framingham State, I was an Assistant Coach at Clark University (Division III) Women's Basketball team. I was responsible for running the defense, and teaching it to the new players. I coached summer clinics for 7th/8th graders at Glastonbury High School Basketball Camp. I also coached groups of 5-7 year olds each summer at summer basketball camps in West Hartford, CT from 2006-2011... As a result of my coaching experiences, I can handle coaching male or female players of all ages.

As for my playing experience, I played college basketball at Clark University (Division III) in Worcester, MA during my four years of undergrad. Our team won our conference tournament and went on to the NCAA Round of 32 during my freshman season. I became starting point guard/shooting guard during my junior season, and was named Captain entering my senior season. I was also captain of my team at Glastonbury High School (CT) and was named one of the top ten players in Central Connecticut Conference during my senior year.

None of my playing or coaching success would have been possible if it wasn't for a failure that taught me a lesson... In 6th grade and 7th grade I was cut from the travel team because I wasn't good enough. It shattered me as a young kid, but I knew I was better than the coaches thought. I spent hours practicing to prove those who doubted me wrong. It all paid off in the end, and taught me the values of hard work, practice, and determination.

I start my sessions with dynamic stretching (high-knees, butt-kicks, Monster walks, etc) to get the player loose. Then we move into a specific warm-up drill, it will vary each session. After this, I move into a quick form-shooting drill to improve the mechanics of the player's shot. Then we move into shooting drills, again which will vary each session. We will end with a competition, or one-on-one. The goal of the session is to teach the player new moves/drills/techniques, increase their confidence level, and push them to new limits. After each session the player will feel an immediate improvement.

Coach John was terrific with my two boys. They really enjoyed the workout and learned a lot. He quickly identified areas of improvement for each of them and then spent the session running drills and exercises focused on those areas. He also gave them additional exercises for them to do on their own when they practiced.

John was upbeat, positive and confidence inspiring and clearly knows how to help players up their game.

John is a great coach. He has wonderful depth of skill and in versatile in his training abilities so he is able to work with whatever needs improvement. Really easy to work with and worth the money.

Coach John is very knowledgeable and is great with my son Nick. My son enjoys the coaching very much and he has only had two one hour sessions to date and is looking forward to many more

John is awesome! He challenges his abilities and introduces moves that can be used in games. My son walks away from each session sweating :)

Coach John was great! He did a terrific job!!

Coach John was terrific. Very solid fundamentals and he provided my son the motivation he needs, as well as the tools he can continue to use, to take his game to the next level. I would recommend John to any young, aspiring hoopster!

Thank you, Coach, for a great 6 sessions! My son showed greatly improved shooting and ball handling skills during drills with his new team. He was feeling kind of down from being cut from the travel team a few months ago. You were so encouraging and the new skills you taught really gave him the confidence he needed during his first rec game.
Thank you so much!

My son is really benefitting from the feedback and training

John was a great coach for my son (11yrs old). Highly recommended!

My 14yo daughter had her first session with Coach John and all I can say is "Wow." The two immediately connected and, after a quick evaluation, got right down to business. He was quickly able to pinpoint things my daughter could improve upon...and she did, almost immediately. Coach John approaches athletes with respect and addresses them directly, which builds a good rapport and promotes a sense of individual responsibility in training (between sessions).
I was impressed with the session, and Coach John himself, but the ultimate judge would be my daughter. When we got back in the car, I asked her "So, what did you think?", to which she replied simply, "I definitely want to do more." We plan to continue regular sessions and are looking forward to seeing her game improve dramatically as a result of Coach John's great insight and experience.

Coach John provided an excellent session for my two boys. He had them busy doing multiple drills which they very much enjoyed and have been able to practice at home. It's not easy to keep two boys engaged in drills but Coach John was able to do it and make it fun. Do not hesitate to call on him to improve your son or daughter's basketball skills and IQ.

John is very good with communicating with players on what they need to work on and get better. He has some amazing drills. Only 2 sessions in and have only positive things to say

John had some great agility drills and also made it fun for my two boys as they had a game towards the end they all competed in.

Matt had a great first session with Coach John. He found a location with a lighted outdoor court without knowing the area well after searching relentlessly when our location had to change at the last minute. He gave Matt practice skills to work on, and he's been working on them daily. Matt felt that Coach John was nice in his approach and extremely knowledgeable about basketball, and made Matt feel comfortable right away. Matt left the session feeling more confident about improving his game, and he is looking forward to meeting with Coach John again. He hopes it can be more than once a week!

My 16 year old son has been working with Coach John through the fall and we are very impressed with his knowledge of basketball and coaching. We are just as impressed with the positive impact he has had on our son both on and off the court. Our son made the AAU team he was shooting for, is getting in better physical shape and has a positive attitude towards sports and school.. Coach John's professional and approachable demeanor has made this experience very worthwhile. We plan to continue to work with Coach John!

My son loves working with coach John. He works him hard for the entire 60 minutes and after every session he is covered in sweat and says "it was fun!" He looks forward to every session he has with coach John and says he felt improvement on his form after only his second session. He is quick to encourage and works well with my teenager. You can tell he loves the game.

John works very hard during his coaching. He not only show my son basketball skills and also train him. He used well event minute in one session. He shows us that he is a professional coach.
My son like John since the first session, and he is so happy to have John as his coach.

Mik really enjoys training with John. She feels like he has improved her shot as well as her ball handling. She looks forward to more training to help bring her game to the next level.