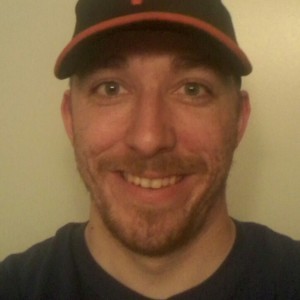 I have a passion to coach baseball. I was previously the head baseball coach for Zion Christian School's Junior High team. I also have experience as an assistant coach for my former high school where I honed my skills under my own high school coach. I also learned from my college coach who is a former Major League pitcher.

I played baseball for 5 years in middle/high school and another 2 years in college. I have experience as an infielder, outfielder, and pitcher. I would love to work with all ages and talent levels as I started playing in eighth grade with few skills and ended up becoming the MVP of my league my senior year. I love to see the growth of a player as they understand different aspects of the game and figure out how to use them to better their own skills. I also received All-conference honors in baseball my junior year of high school.

I will work with the player and their parents to figure out a program that will best fit their goals. Overall, my session will start with a warm up/stretching session to prepare the player and prevent injuries. I will work on conditioning with some wind sprints and other running drills. Depending on the player's established position or desired position, I will work with them on drills for the position. For outfielders I will work on footwork when tracking the ball, preparing to catch the ball, and throwing the ball. For infielders I will work on footwork, hands, and positioning for approaching a ball. With a pitcher I will go over mechanics, and depending on age, work on different pitches. Batting will end the session, and I will do drills like hitting off a tee, soft toss, and live batting practice. As the sessions go, I will also work on things like situational running and base stealing skills. My goal is to have a player improve in all aspects of the game: hitting, fielding, and running.

Jackson absolutely loved his session! He is even more excited about his next one and can’t wait to apply his learnings to his upcoming practices and games.

Highly recommend Jeremy. His communication before the session was great. He was patient with our son and gave a lot of pointers and suggestions to help him with his batting. Our son had been hesitant at the plate and was striking out often. At our son's next game, he hit a triple!

Our first session with Jeremy was great! He spent 1/2 hour with my 8 year old, complimenting him on his strengths, but immediately identifying areas that he could work on right away. We felt like we left with some definite skills that could be practiced independently on in between sessions. He is very personable and had no problem building rapport with my son.

So far my son has only had one session with Coach Jeremy, but it was a great experience. Coach Jeremy is very positive and encouraging. I appreciated how he was able to identify small adjustments that my son could make that led to immediate signs of improvement rather than trying to dissect his performance and start from scratch. We are certainly planning on continuing to work with him.

Excellent first session with our son Maddox, thank you. Great personality to work with children. Already seen some improvements after one session. Will be purchasing more.

Christopher is still meeting with Jeremy and has now completed 21 sessions with him. I can not say enough good things about him. As the training sessions continue, the relationship between Jeremy and Christopher continues to develop and grow. Jeremy knows Christopher so well at this point and can read him so he knows when and how hard to push him and when he is having a rough day and a more gentle approach is needed. Christopher has learned so much already from Jeremy and is only 12, I can not even imagine how much Jeremy will be able to teach him as he moves into high school next year....so excited to see what will happen. It is Christopher's goal to pitch in the majors someday and Jeremy encourages him all the way and has never even hinted that he is not cut out for it, but rather helps him learn and grow and get stronger so he can see just how far a little boys dream can take him. If Christopher does happen to make it the "bigs" someday, it will for sure be because he will have had Jeremy coaching him and getting him there. Thanks for all you do Jeremy!!! You are amazing!! 9-20-18

Coach Jeremy is completely incredible. My son just completed his 4th training session with him. I started seeing a difference in my son after the first couple sessions. I am so excited to see the discipline and skills Jeremy teaches Christopher each week. Christopher's regular baseball practice started a couple weeks ago and I love to watch as he applies what Jeremy has worked on him with. Christopher has always been a happy spirit who loves to make people laugh and also is easily distracted, however, Jeremy works with and adjusts to his personality to make sure the training sessions are productive. Christopher has said he really enjoys Coach Jeremy and he feels he is learning a lot. I would recommend Jeremy to anyone....he clearly loves the game of baseball and loves helping kids improve to be the best they can be.

Coach Jeremy was great with my son Jace. He was having arm pain and Coach Jeremy is helping correct that. He used every minute of the time and challenged Jace while also making it fun. Jace worked so hard and loved it. He can't wait to go back next week for another session!

Coach Jeremy was very patient and nice with my son Jake, who is a beginner in every sense at baseball. We can't wait to continue his training!

Jeremy is very positive and insightful. His training techniques are creative and effective. My son enjoyed his first session and is looking forward to his next one...

My son was extremely happy with Jeremy's specific instructions, attention to detail and the way he was able to connect with him. I noticed my son's improvement at bat and on the field. Plus, with Jeremy's help, he was able to pitch for the first time and did a such a nice job, the coach asked him to pitch at the next game as well. Thanks Jeremy! We'll be signing up again!

Great to work with, very helpful tips for improvement.

Coach Jeremy was awesome. He knows his stuff and is very patient. Our son learned a ton in one session and he is looking forward to the next

Before we met coach Jeremy, our 7 year old son was struggling with every aspect of baseball. He couldn't grasp the concept of hitting, throwing, or catching.
When we found coach Jeremy, our son changed all of that. After just one practice with coach Jeremy, our son had a hit at every at bat of his next game.
Not only is coach Jeremy a sensational coach, but he is also flexible and pleasant to work with. No matter how many times our son would complain about being tired and hot, coach Jeremy would present himself with a smile and would encourage our son to continue on. When you pay for an hour with him, you get the full hour, nothing less.

For our last session, coach Jeremy came out to the ball field our son was playing at and practiced with him before his game and then stayed to watch him hit the ball during his game .
When our son got his medal, after the last game of the season, his coach told him that he was definitely the most improved player of the team and was thrilled with the accomplishment.
I can't say enough good things about coach Jeremy and I am excited to work with him next season. But don't take my word for it. Give him a call today, you won't be disappointed.

Mason is learning so much and improving on his skills greatly. Coach Jeremy does a great job!! We will recommend Coach Jeremy to all of Mason's friends.

Coach Jeremy was awesome! My son Brody had his first training session this past weekend and within an hour I already could see improvements. Coach Jeremy is a family man and loves the game of baseball. My son is only 7 and he was distracted at times but Coach Jeremy was patient with him and kept him busy with all kinds of drills. My son had a lot of FUN and Coach Jeremy stresses that! I would definitely recommend him to anyone who wants their kid to excel In baseball and respect the game and have super fun.

What Jeremy has done with my son in the first 2 sessions I could not even dream. Not only has he given some great drills and some great technique but what he did to help Mark believe in himself and his encouragement to help has been amazing. Jeremy is always calling us to see how Mark's game went, and the 1st person Mark wanted to call after his 1st game pitching ( which he did wonderful ) was Jeremy. He even changed his schedule to fit Mark in. I would recommend him to anybody!! Jeremy is truly and great coach and great individual.

Jeremy is great with my 9 yr old son. He takes the time to listen and answer questions. He has patience and always has a smile on his face, and a positive attitude and tone in his voice. He has a great understanding of baseball, and has been a great instructor on the mechanics of hitting & pitching. I have seen great improvement already after 2 lessons, and look forward to more progression. My son loves him, I would highly recommend him as a personal coach to help your son improve his skills.
Janet & Zack Bing

Coach Jeremy coached my son on his junior high baseball team for 2 years. As a team coach, Jeremy was always encouraging and patient. Last year during the regular baseball season, my son experienced a lot of pain in his throwing arm. Jeremy noticed and offered to work with my son one-on-one and he was an amazing help! My son re-learned how to throw correctly and also worked on pitching, catching and hitting. This year my son has NO arm pain and he is thrilled! I attribute this to coach Jeremy who taught him the proper way to throw and also was a wonderful encourager for my son. My son has enjoyed having coach Jeremy share his love for baseball with him. Thanks Coach Jeremy!