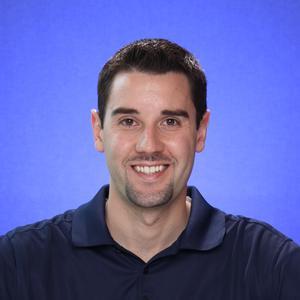 A highly experienced coach, eager to help you take your game to the next level! View all coaching experience

In nine seasons at Suffield Academy, have led teams to the postseason each year, including seven trips to NEPSAC Final Four, three trips to NEPSAC Championship, and the 2013 NEPSAC Championship. Named 2013 and 2017 NEPSAC Coach of the Year. Teams have won over 70% of games overall and 87% in conference in nine seasons leading the program. In first season at Christ School (NC) led team to 23 wins and state final four appearance.

Over 40 student-athletes coached in last seven years have gone on to play basketball at NCAA Division 1, 2, or 3 levels.

Volunteered for USA Basketball on the Support Staff for 2012 and 2013 Developmental National Teams (16U and 17U Levels), which went on to win the FIBA Americas Championship and FIBA World Championship.

As part of training we will examine your goals as an athlete and create measurable standards in order to track progress. Training is focused on improving fundamental skills and preparing athletes to take their game to the next level, no matter where we begin.

Sessions will be filled with fun, hard work, and intensity. My goal as a coach is to get my athletes comfortable being uncomfortable. As an athlete, your comfort zone is the enemy. The best way to improve is to push your perceived limits and get out of your comfort zone!

My husband and I are both really impressed with Coach Jeff. He was super helpful for our daughter from the start and this is not easy for her. She is super shy but felt very comfortable with him almost immediately. We are grateful we found him and highly recommend him for anyone looking for a great coach!

My son had his first session with Coach Jeff last night. Coach Jeff was very knowledgeable and quick to see where my son needed the most help. He taught my son different techniques to help improve his game. When we started the session my son was literally not getting any shots in, but at the end he was actually able to shoot much better. My son left excited about the game and the new techniques he learned. We will definitely be scheduling w/Coach Jeff again.

My 13-year old daughter had her first training session with Coach Jeff last weekend. She was thrilled with her improvement even during that hour and he was consistently positive in his coaching. I cannot more highly recommend Jeff!

My 12-year old son REALLY enjoyed working with Coach Jeff, and we plan to book additional coaching sessions with him. My son immediately tried the shooting points Coach Jeff made at his next game, and saw improvement in his shooting. He is confident his shooting will continue to improve with more interactions with Coach Jeff.

Coach Jeff got right back to me to schedule our session. He greeted my daughter at the door and made her feel comfortable right away. My daughter enjoyed the workout, she felt that she learned some things and worked hard. Coach Jeff gave her things to work on, she is excited to move forward in the next workout. Coach Jeff seemed knowledgeable and patient. We look forward to working with him in the future.

It was such a great session! I feel like he can really help me improve. We worked on key skills an i already feel better. Cant wait till the next one!

Coach Jeff did a great job working with my son who is getting ready for his high school season. Coach Jeff's vast knowledge of the game and positive attitude motivates players to work hard and stay focused. He provides clear instruction as he coaches the fundamentals of the game. His feedback is detailed and drives players to the next level. My son is looking forward to his next session.

He is a Good Coach and every kid who wants to get to that next level should have him.

My grandson had a wonderful first session with Coach Jeff. He made him feel very comfortable and confident with the ways to improve his skills. Can't wait for more!

Coach Jeff is very determined to work on improving my son's skills. He is good at understanding what my kid needed work on and what he wanted to get better at. I would highly recommend this coach to anyone who wants to see their child vastly improve and see the improvement they would like.

Jeff was great with our son. Our son had very little experience and he had great patience with him and we left feeling like he gave our son the skills to move forward. I would recommend Jeff to anyone.

My son loved the coaching session with Jeff. Coach was easy to communicate with, had flexible hours, was on time, and prepared with clear and concise drills to improve my son's specific needs. The facility was easy to find and pleasant to sit and read a book in during the lesson.
We have already signed up for more sessions!!
JAKeenan

Coach Jeff I really appreciate the time and effort that you put into training me. Also, I appreciate your patience as well as your persistence and most of all never giving up on me! You have made such a difference so far and can't wait to see what additional session will bring. Thanks again coach! - Jordan

My daughter says: Coach Jeff has been EXTREMELY helpful in solidifying my basketball skills and preparing me for my collegiate career. He has a very high level of experience, working with some of the best players in the country and knows the game better than any coach I have ever worked with. I have never been a shooter but in just the few sessions I have worked with him so far, I can already see the difference in my 3 pointer ! He focuses on all aspects of the game and really emphasizes on footwork, body control and spacing; 3 things my high school and AAU coach never taught but what I learned to be essential pieces that will improve my on court performance. Workouts are tough but he is very encouraging and patient and pushes me to do my very best from start to finish.

Coach D ran a training session that was not only designed to simulate game situations, but was also very detail oriented, efficient, and intense. I now have specific drills to work on between sessions that will address my weaknesses. No question this type of training will elevate my game in a meaningful way. I highly recommend coach D to players who want to work hard, elevate their games, and work with a really good guy.

Coach Depelteau is a great mentor as well as a coach. Being a former player at the collegiate level, his understanding of the game goes beyond X's and O's with his unique ability to identify and improve the strengths of each player so that they are the most effective members of their teams. Jeff has successfully coached individuals of all skill levels, positions and personalities, and he tailors his workouts to the style of each player knowing how to get them to the next level. More importantly, Jeff has a genuine personality and passion for the game that rubs off on his players and championship-winning teams.

As an individual coming from the West Coast and heading towards the unfamiliar territory of the prep school lifestyle, Coach Depelteau really made the transition easy for me. Not only was he able to help me make a smooth shift into the prep school lifestyle, he helped me prepare for the next level. Coach Depelteau is diligent and passionate about being a coach and most importantly he cares for his players. His character, combined with his knowledge of the game and his ability to bring a team together played a major factor in allowing us to win the NEPSAC championship. I am grateful to have had such an excellent coach like Coach Depelteau.

Jeff Depelteau is a master basketball coach. He coached my son for four years of High School and he is now an Elite Collegiate Player. Jeff not only has all the complete skill sets of a highly knowledgable coach, but better still he has a greater understanding of how to apply it to both individuals or a team. He is also respectful of the mental and emotional game as much as the athletic attributes. He teaches holistically which in itself is an enlightened form of coaching. Everyone ever coached by Jeff Depelteau to this day is still in touch with him, seeking guidance, wisdom and support. He's a tough one to beat! You'd be lucky to experience him. I highly recommend him on every count!