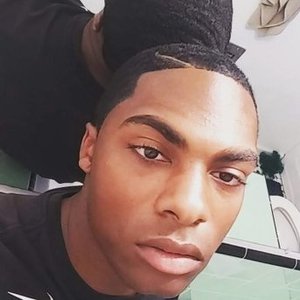 I focus on improving your speed and agility. View all coaching experience

Package for customers who want to speak to Coach Pitts prior to booking a package.

Package for customers who want to speak to Coach Pitts prior to booking a package.

Recorded a 4.27 forty-yard dash at a Cleveland Patriots AIFL tryout on December 8, 2013

I have competed in and coached in the 100m,200m, 400m,800m, and long jump. I focus on proper technique and form because an efficient runner is an effective runner. Once assessing the needs of each individual athlete, a plan is structured to enhance that athlete. We also focus on not only the physical aspect of athletics but the nutritional and mental aspects as well.

Unused session-hours expire after 90-days
If you cannot keep your session time, I need a notice within 24 hours of the initial intended scheduled session.

Coach was great Nathan was able to realize some things that he’s doing wrong , I would highly recommend him to some of my other kids . And my son is anxious to get the next session in.

Excellent Coach. Gets right to work and adds value every moment he is with our son. He is extremely positive and encouraging. My son loves training with him. Fantastic experience with him. He is very punctual, organized and responsible. Unbelievable value.

My son really enjoys the time he spends with Coach Jaquel. He is super knowledgeable and patient. We are both happy we found him.

Great session he has lots of patients. My son is more confident In his self after only the first session. We will definitely be booking with coach Pitts again.

Real technical and I felt I got better in my session

Coach Jaquel is reliable, motivating and easy to communicate with. He works hard to provide my son with variety and support and assesses his skill level well. Definitely going to work with him through the season.

Updated 9/20/2019: He is not NFL Alumni!! He didn’t even get playing time in a community college! I used to think he’s just not good but now obviously there’s something wrong with his characteristics!

What a liar! Do not train with him!

Doesn’t really know what he’s doing. Arrived late and postponed the session for an hour an half.

Told him what I want to work on, ignored me. Spent a long time on warm up although I told him I am already warmed since I arrived early. Took me through some drills that’s doesn’t really translate into the game. Towards the end I ask him to do some football workout he said times up. waste of my time and money, learned absolutely nothing.

Overall Jaquel isn’t really a good coach for HS kids because he doesn’t really know much. If you’re in high school I do not recommend working with him

Also bugged me for 3 days to write him a review, although I already did it on the day of our session.

First of, Coach Pitts was very professional. I’ve been around a lot of football in my 39 years. I immediately saw that he knew his stuff. I have two sons in High School who are pretty good at football so I saw how Coach Pitts knew how to tailor the training to my son’s skill set which is high level high school training to moderate college training. Secondly, Coach Pitts had a great attitude, he knew when to encourage and when to provide more emphasis so my son could focus. Lastly, Coach Pitts was very punctual with the whole session, understanding in my questions as a parent, and most of all my son enjoyed the training. I would highly recommend Coach Pitts and we will be booking future sessions with him.

Coach Jaquel is a great coach. He is extremely patient and well knowledged on football techniques. My son is looking forward to his next session.

My son is a 9 year old soccer player that we wanted to get to focus more on his body mechanics. We found Jaquel and explained the situation and agreed to train him for track & field. The first session we arrived to the agreed location only to find out that he did not have access to the field. No worries, we found a park nearby. Unfortunately there was little to no communication with my son or us beyond the few emails/txts we exchanged. Once the session started we were impressed. I liked his style and had my son start with some very basic fundamentals which he needed. Again, after the session there was little to no communication other than "he did a good job". I was fine with this at this because my son did take away some useful pointers that he started to use immediately in games and practices. I felt a few more months of training could prove really valuable, however, scheduling was an issue. Early on we let Jaquel know that sundays would work best, and he said wouldn't be a problem. We attempted to schedule a second session and he cancelled. The following week (now week 3) we met up again and my son had a great session. We tried to schedule a 3rd session 2 additional times, 2 weeks in a row and cancelled both times. Overall I think Jaquel has great potential and very knowledgeable but needs to work on his people skill, communication and professionalism. No hard feelings, and I wish him the best.

Coach Jaquel is a magnificent coach !

Coach Jaquel is extremely patient with my son who has coordination issues and is starting from a very low level of playing. He was kind and unrushed as he worked with him and was intuitive to my sons needs.

Coach Jaquel was excellent with my boys. He made sure he listened and understood each of them so he can help them individually improve their weaknesses. They are both happy to have him trained them and we can not wait to schedule our next meeting. Thank you Coach.

First training session with Coach Jaquel was a success. My son really enjoyed his first day. My son can’t wait for the next one

Coach Jaquel was great with my son. It was the first training session. Jaquel taught some core fundamentals of the QB position. As I watched the session, I saw movements that college and pro QBs must've learned as a youth and continue to use. Thanks Jaquel - we'll be booking more trainings.

Coach Jacquel was awesome. Very mythical in his training. I know this is the guy who will take me to the next level. Can’t wait for our next session.

Coach Jaquel is a wonderful coach! He arrived early, he was very professional & stared working with my son immediately. The training looked intense & was very different from the training that my son receives at H.S.
Coach Jaquel seemed to understand how to appropriately train for specific positions in order to produce optimal ergormance.
My son was more excited after the training than before it began & he looks forward to training with Coach Jaquel again!

Coach Pitts was really good. I saw immediate improvements after an hour of training with him. I also noticed that he knew how to coach football and what to do to help my son improve and learn some techniques. My son is looking forward to his next training session.

Coach Pitts is a super positive and knowledgeable trainer who helps you improve at everything you work on with him.

Coach Jaquel is great. He gave my 14 year old son helpful tips and drills to improve his skills at wide reciever. He corrected him when he needed too and gave my son postive encouragement. My son said " I learned how to become an overall great player." My son enjoyed his session with Coach Jaquel and I look foward to continuing my sons training with Coach Jaquel.

Jaquel is all around a great man and coach! He's been working with my 12 yr old son for a while to hone both his qb and wide receiving skills. Jaquel is so positive and encourages my son in so many ways! He's a terrific role model for him, too. I highly recommend Jaquel for coaching any position
Your child plays or wants to play.

Coach Pitts is an excellent coach. He pays a very significant amount to attention to detail coupled with an elite level of experience he can speak to. Coach Pitts is extremely organized with his drills, while custom tailoring sessions depending on what I need to work on. His passion and encouragement coupled with his experience and perfectionist mindset makes him a coach that will elevate your game to a another level. I highly recommend.