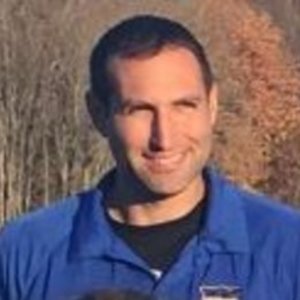 Book Now
In-Person Training for up to 18 athletes

1 hour of training with any number of players

1 hour of training with any number of players

Sessions are tailored to the specific player's (or group / team's needs)

Glenn has met with my son for several sessions now. He is positive, provides feedback, offers at home skills and is flexible with the schedule of a high school sophomore. We have enjoyed his work!

Glenn has been great with our players, adjusts the sessions based on need and ensures a full and effective use of the time together, no wandering around or wasting time, all work. Has great drills for each type of skill requested and very organized and ready to go for each session.

Coach Glenn is a great coach! It's been more than 3 months since my 10-year-old son's been training with Glenn. Since then, I have seen a lot of improvement in my son's soccer skills and in his confidence. He is definitely a top notch coach - has lot of patience, carefully assesses his students and works diligently on student's improvement areas besides teaching new skills, helped prepare my son for his soccer games, has been giving lots of real-time tips and tricks which has been helping my son during his games. I would definitely recommend Coach Glenn to anyone and would definitely continue to train with Coach Glenn for my son.

Glenn is fantastic. Very patient and flexible, and deep knowledge of the building blocks of soccer/ foundational skills. He has a great way of calmly getting the most out of a player.

Coach Glenn runs very organized sessions, and hits the right mix of motivation and patience as my kids not only learn new skills outside their comfort zone but also unlearn bad habits.

Great,clear instruction. He knows the key skills to focus on on connects with his players.

I highly recommend coach Glenn. He is pretty focussed and he helped my daughter get into the travel soccer.

Great coach and great eye for developing young players. Definitely not rushed and takes his time working with the player while focusing on their needs. Would recommend to anyone.

Coach Glenn was excellent and our daughter had a great time working with him and improving her skills.

Glenn is a great coach and I would not hesitate to recommend him!

Coach Glenn was a great coach.
After 5 sessions, my boys improved no one ever expected. We highly recommend coach Glenn to anyone who wants to become higher level.

Coach Glenn was great - he formed a good connection with our son fairly quickly, and gave him good exercises to work on between training sessions. He was incredibly responsive to our communications, and very flexible on timing/scheduling. A pleasure to work with.

Coach Alpert is your “Go to” coach for soccer. He takes players to the next level. He also provides superb feedback and homework for players to continue practicing on their own. The best!!!