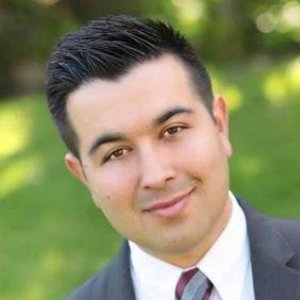 25+ years of experience in playing and coaching goalkeepers. I have lived and played soccer on the international stage. Trained youth - MLS Pros Serious inquires only View all coaching experience

Message Coach
Fast Response Rate:
The percentage of time Gabriel B. responded to client inquiries within 48 hours in the last 3 months.
100%
Training Locations

In-Person Training for up to 8 athletes

Multiple scholarship offers to division 1, 2 and 3 schools
After transferring from Rio Hondo College

I choose to understand how skilled a goalkeeper is. I emphasize on foundational abilities initially in order to keep the work we have worked on current and stable. Once foundation is set we work on athletic shop stopping / game management / positioning / distribution / team communication / and last Leadership. A goalkeeper is the brain/eyes of a defense and the heart beat of a team.

Coach Gabriel is present, inventive, and skilled. He has gone above and beyond during the COVID restrictions to keep the kids engaged and active. He is a wealth of information and well connected in the sport. I highly recommend him.

So far, we've been really impressed with Coach Gabriel's level of professionalism, his knowledge, and his ability to convey his knowledge to our daughter in specifics ways that she can understand and implement.

Coach Gabriel was great, he made my son feel comfortable right away during our first session. He is an expert in his field and was of immediate help offering tips and advise that immediately improved my sons level of play. I highly recommend Coach Gabriel and will definitely book more sessions with him.

Coach Gabriel was the perfect coach for our goal keeper. Immediately, Coach Gabriel put our team goal keeper to work and was very interactive with him on proper mechanics and technique. Much was learned on the first initial training and has transitioned onto the field of play. Our goalie has had specific difficulties that noticable improvements after a couple weeks with Coach Gabriel was seen. We will continue on with Coach Gabriel and would recommend him to all Goal Keepers wanting to take it to the next level. Thank you Coach Gabriel! Due to your help we have recently won Surf Cup 2017 and looking forward to State Cup 2018.

He’s a great coach. I couldn’t honestly have asked for a better one. He is helping me grow into a great keeper and knows that there is still a lot of potential left in me.

Gabriel was setup and ready to go before we arrived. I feel like Gabriel has a good mind for coaching. He listened to the thoughts I had before beginning the practice sessions with my son. He had several different stations that focus on sharpening different skills on the field. When the drills were complete, Gabriel provided clear, honest feedback on what he saw during the practice session.

Our experience with Coach Gabriel was much better than expected. Definitely top notch! I highly recommend without a doubt!!

Coach Gabriel is a superb coach! Very intuitive, knowledgeable and fun to work with. I learn a lot in one session, he knows how to build a strong foundation and help you to be the best. I am looking for more sessions and learn more from him and I definitely recommend him to anyone who wants to take their game to the next level.

I would recommend Coach Gabriel to anyone. I appreciate the time he took to make the game fun for 7 year old son, he is already looking forward to the next session. Thanks again!

Sofia's (9 year old) first lesson with coach Gabriel could not have gone any better. Coach Gabriel was, responsive, prompt, informative, professional & above all knowledgeable! We look forward to continue goalkeeper training with him.

Coach Gabriel is a really good coach he help me a lot. I recommend other people to choose him

I really liked the drills Coach Gabe had me do. They helped me control the ball better. He was nice, but also worked me really hard which I like. I had more confidence in my game today after only one time. See you next week!

Very good session. Good mix of skill work, technical work and overall a good physical session. Has a lot of good advice and after one session I can see the benefits of continuing my training and work with Gabriel.

Coach Gabriel was very up beat, he kept my daughter involved and worked her on her skills. I thought it was a good experience and look forward to another session

Gabriel was extremely responsive and professional . He was very organized , positive and started with fundamentals that our son needed to work on. He obviously enjoys what he does and has a great teaching style .

Very knowledgeable and detail-oriented coach. Very technical in execution and extremely patient with the younger player.

Coach Gabriel is a top notch coach who will give you everything he has to make you better. My flight 1 goalie walked away tired and frustrated after her session. But in her words it was not a bad frustration, she said it was like he said I challenge you to be better.

Gabe has served as goalkeeper coach for our Adult Amateur Soccer Team PSA Elite. His duties included training our Goalkeepers three times a week and visual assessment of the performances for all keepers that were either on the team or on trial. I have found Gabe to have an open and honest assessment of all keepers and field players during our run in the 2015 Lamar Hunt U.S. Open Cup, where our team was the only Amateur team to make the 4th round and play the MLS team Los Angeles Galaxy. This is one of the greatest accomplishments in the history of Amateur teams competing in the US Open Cup. I have known Gabe and worked with Gabe on various projects over the past 4 years. He has been reliable, organized and taken the initiative to maintain a high level training environment for our goalkeepers, many of whom will be future professional goalkeepers. I can say that his commitment to the sport of soccer compliments his loyalty to his team and Coaching staff. It was a pleasure to work with Gabe these last few months. I am pleased to be working with Gabe, as he has once again made himself a valuable part of the team and he has his maturity as a coach. Without hesitation Gabe receives my strong recommendation.