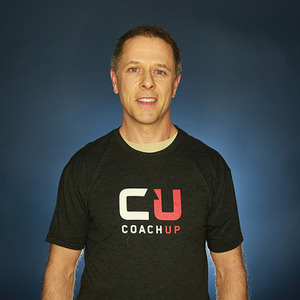 I have been a youth ice hockey coach since 2002 coaching Mosquitoes through Midgets as well as high school junior varsity. As the players I coached advanced their skills, I appreciated the importance of them paying attention to and working on perfecting the details of those skills. So many players were becoming very good at the game that the perfection of the details is what separated one player's edge over another.

I began augmenting our players' on-ice practice with video analysis of them performing a particular skill. For example, if a player wanted to work on their forward stride, then I would take a short video of them skating forward from one goal line to the far goal line. The next day after practice, I created a movie that showed them skating at full speed followed by the same sequence in slow motion. At various points in the slow motion sequence, I froze the frame and pointed out good aspects of their stride as well as those with room for improvement.

The on-ice video recording only takes a minute or two per player. With our junior varsity high school team, I recorded 2 to 3 players prior to the start of each practice as players were just coming onto the ice to warm up.

This service assumes that a team or an individual player provides/pays for ice-time by one of the following means:
* A team's coach grants me access to the ice during practice to take video for skills analysis. (Allow about 5 minutes per player.)
* Purchasing a block of ice-time for the team or for private use for the purposes of skills training and/or taking video for skills analysis.

If the player(s) would like to work on techniques, then we will pick a number of skills for which technique will be explained and then practiced through drills.

In addition to or instead of working on skills during the allotted ice-time, the player(s) can opt to have a specific skill or skills analyzed.
Steps for Preparing Skill Analysis:
1) Player decides what skill he/she would like to work on:
* forward stride, backward stride, forward crossover, backward crossover, slap shot, or wrist shot.
2) Player performs that skill on the ice twice while their performance is recorded.
* This should only take a few minutes.
* Example 1: Player working on the forward stride will skate from one goal line to the far goal line and then do it a second time going the other way.
3) I go back to my office and create a movie from the video that includes:
* The player performing the skill in real-time.
* The player performing the skill in slow motion.
* The player performing the skill in slow motion with stops in the movie that include comments pointing out various aspects (both good and bad) of the skill being performed.

I would be happy to generate a custom quote for you once we have had a chance to review each of the points listed above.

My son (peewee level) had a terrific working session with Coach Ed. He worked on skating efficiency and improving his shot. Coach Ed has a great combination of science in analyzing current skills, with the ability to break them down for players to absorb and act on. It's up to my son to practice what he learned, but Coach Ed sent us off with all the tools needed to best support my son's hockey game.

Ed has been an awesome coach in developing Brent's hockey skills to a very high level in preparation for the Varsity team this season. He took video footage of the athlete to provide trenchant analysis to improve his skills down to the most meticulous detail. Ed has also been very prompt in communication. I strongly recommend training with Ed.

I strongly recommend Ed Sasena for his ability to evaluate and teach the proper techniques for a hockey player to reach peak performance. The approach that Ed provides has taken my son to a level of excellence that he would not have achieved otherwise. Through Ed's focus on proper technique, coupled with his visual process to show a player what aspects are being performed correctly and incorrectly, my son has become a very confident skater, shooter, and teammate. We have great respect for Ed and his approach and are thankful for his commitment.