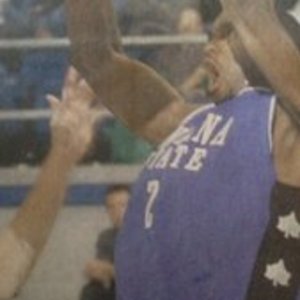 Played D1 and professionally overseas, 10 plus years training and coaching boys and girls from grammar school to the collegiate level View all coaching experience

I have played at the collegiate level and professional level in North America and Latin America.

2001-2006 Professional Experience: 2007- 2008 Windy City Soldiers in the International Basketball League, I averaged 16.3 points, 6.8 rebounds, 3.1 assists, 1.6 blocks, and 1.3 steals in 22 minutes a game. Recorded five double-doubles with points and rebounds including a 25 point, 15 rebounds, 5 assists, 2 block effort against the Edmonton Chill. I also participated in the slam dunk contest where I finished third. The team lost in first round to the eventual champions Elkhart Express.

2008- 2009 I played in the American Basketball Association with the Chicago Steam and averaged 20 points, 11 rebounds, 5 assists in 33 minutes a game. Highlighted by a 26 point, 14 rebound, 7 assists, 4 steal, 2 block effort against the St. Louis Stunners. The team finished third in the ABA, lost in the semi-finals to the Maywood Buzz. I also participated in the slam dunk contest where I finished second. Recorded ten straight double-doubles. Honorable Mention All ABA, All-Star game selection. Made it to Final Four, lost at the buzzer to champions Kentucky Bison, recorded 31 points and 12 rebounds, final 103 to 101.

2009- Recently played in the International Basketball League with the Kankakee Soldiers for four games and averaged 17 points, 7 rebounds, and 3 assists in 25 minutes a game. Including a 17 point, 15 rebound, 5 assist, 3 block effort against Holland Blast.

2010- 2011-Recently played professionally in Latin America at the small forward position averaged 22 points, 11 rebounds, 3 assists, 2 blocks, and 2 steals. Recorded six doubles including 36 point 18 rebound effort in which I scored 13 points and grabbed 10 rebounds 4th quarter. Led team to a finish second in the league. Led team in scoring, rebounding, assists, and blocks. Scored double figures in all games, including 20 or more. Finished first in the league in minutes played, second in scoring, fourth in rebounding, second in blocks, and first in free throws made and attempted. All league and all-star selection. Video available on youtube.com under Darron Evans

Coach darron is a great coach! He breaks everything down to the most basic moves and lets you put it all together yourself. He knows what hes talking about and he clearly enjoys coaching. After a few sessions I feel like my knowledge of the game has increased dramatically, 5 stars!!!

Coach Darron was great. He used positive reinforcement while correcting footwork and ball handling, keeping my grandson wanting to learn more. Hope to use him again.

Coach Ron is hands down one of the best trainers and Coaches my son has had. He allowed him to grow as a player and a young man. To this day they keep in touch and they talk basketball and life. He was there for all his important games ones he coached and ones he was a spectator at. He made sure my son was prepared fundamentally skill wise but also mentally for basketball and life as a student athlete. If you’re looking for a coach/trainer that your athlete will look back years down the road and say with pride that was my coach look no further you have found him.

wonderful coach. coach ron seems to be able to get real personal with the boys. I can speak on my sons experience, my son doesn't connect with alot of people but coach Ron was able to reach him. he works with the kids at the their own level and pushes them to excel with just the right amount of discipline. even though he doesn't have to, he relates to the helicopter parents like myself and makes you at ease with leaving your child with him. I definitely recommend his services👍🏼