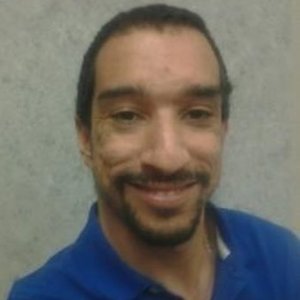 Message Coach
Fast Response Rate:
The percentage of time Daniel A. responded to client inquiries within 48 hours in the last 3 months.
100%
Training Locations

I have coaching softball for 13 years in NYC.
My coaching style is from my high school coach, which are mastering the physical fundamentals and learning the mental aspect of the sport as well.
I have been coaching mainly ages 10-21 years old (Junior High School - College level). The best part about coaching is when get the chance to coach an inexperience young player and see them progress overtime. Through this exuberant involvement, the player will see improvement and build confidence. My specialties are on the defensive side, including footwork, proper mechanics in throwing and catching and building mentality boost for their confidence. I teach every position, so it wouldn't matter which you would prefer to learn.

I always start my sessions with conditioning, followed by skill development. Each drill will involve continuous conditioning and building reaction so the body will be ready to last any duration. At the end of my practices, I like my athlete to feel they got the most out of the practice and the confidence to be ready for competition.

As a player, I didn't play baseball competitively; But, I always worked on my skill on my own. I am an all around athlete, including the captain position of my high school track and soccer teams and was made city championships in track and field.
As a coach, I started coaching when I was 15 years old, helping my high school team. I was designated to teaching the girls that had little to no experience and turn them into starting players. As a coach, I saw the playoffs every year with every team I have been with.
I have helped many girls get their skill level to college playing status.

My practices would start with warm up drills to loosen the muscles.
Next, depending on the position the player want to work on, I would start with soft grounders and soft close range throws to see what I would have to work on.
When knowing the type of player I will be working with, I will always try to make the drill little fun and try different techniques to force the body to adjust to make the improvements.

Was very pleased with the session. My son is quite shy and Daniel was able to get him to respond as well as teach him some fundamentals which is exactly what we were looking for. I plan to expand my services with him as a result.

Daniel really goes the extra mile to make himself available to coach. My son says he has learnt a tremendous amount from Daniel, and he appears a very nice guy to boot!

I did one session with Coach Daniel and it was very helpful. I immediately improved some areas of my game that needed work. His techniques really focused attention on where I needed to improve and I saw improvements immediately in my next competition game. I highly recommend Coach Daniel.

Daniel was terrific. He took videos of my running and gave me specific, helpful advice. My form improved considerably by the end of the session.

Appreciated the patience and the fundamental approach that coach Daniel applied in the training session. Looking forward to applying all the principles and to progressively improve. Thank you .

Coach Daniel did a great job! Daniel showed his desire to help and coach me also taught me many different techniques and tips which helped me improve in the area i was struggling in.

Coach Daniel was awesome. He gave me some excellent tips that I've never heard from any other coach that significantly improved my game including hitting, fielding and the outfield. Would absolutely recommend him. Great teacher and great coach who could make anyone not good at the sport good and anyone good better. Absolutely a 5-star coach all around

Daniel was a great coach, personable and on time. He spotted the issues with my swing mechanics immediately, recommended adjustments and helped me to implement easy to remember changes that created immediate results. He also helped with my throwing mechanics as an outfielder again spotting opportunities to correct my throwing motion and helped me with implementing the changes. Daniel is also personable and easy going. Highly recommended and someone that I will most certainly use again.

Good Coach! Learned A Lot And Made Progress Just In One Session!

Coach Daniel was professional on time and ready to work. He was immediately able to analyze my sprinting technique and give me an easy to understand analysis/demonstration of what I could do to improve my form. Even in just the first session he provided me with lots of tips and techniques that I will use to improve my sprints. Provided the right balance of work out and analysis for the hour. Would recommend for anyone looking to improve their sprinting and will book more sessions.

I bought a session with coach Daniel for my husband who is trying to improve his sprints speed. Coach Daniel was absolutely awesome! He gave him some really useful tips that are already making a difference. We would definitely recommend him.

Excellent advice on technicalities. Made it fun and easy

5 Stars! Definitely book this guy. I was ready to play softball after 1 session. I was taught the basics and had a lot fun learning. A lot of information is given including tips and tricks. Also had a great softball game and was able to hold my own. A definite recommend!

Daniel was very helpful for my daughter's pitching practice. He was patient and supportive as well!

Coach Daniel was great - he showed up on time and was able to handle multiple pitchers. Kids got a great session and felt improvement.

Coach Daniel is very knowledgeable. In the sessions my whole approach, form and technique has changed.

Daniel helped me get better at pitching in our very first session!

Coach Daniel was an excellent coach. My daughter really enjoyed her lessons and learned. I will be getting more sessions soon.

My son trained his first session with Daniel for sprinting, and was very pleased with his approach and knowledge.

An absolute professional, polite and friendly. He helped my son tremendously and we look forward to the next session. I highly recommend Coach Daniel. He responds right away and is very accommodating. Thank you!

Coach Dan helped me with my throwing, very good coach and an easygoing person made for a very productive and comfortable lesson. He doesn't over coach, which is good, but rather gives you the proper technique and allows you to repeat the exercise as much as you need to learn the technique by doing. I highly recommend coach Dan for private softball coaching!

I had my first session with Daniel last week.
Immediately after our 1 hour training. I had my company softball game. Implementing some of the techniques he showed me while they were still fresh in my head. I noticed an improvement in my hitting. I felt the session was valuable. And I'm looking forward to more 1 on 1 time.

Coach did was great. Very patient and encouraging. My daughter got a great deal out of just one session. We will definitely book additional sessions.

He was great. In less then 15 minutes, my swing had improved significantly. Highly recommend.

Great coach. Works on fundamentals and knows his stuff. Worked well with my 9 year old too!

Couch Daniel is very knowledgeable and seemed to know a lot about every position. my batting skills have already improved and we only had one session. I am very exited to practice with him again.

Coach Daniel seems like a well rounded coach. I got the sense that he actually enjoys what he does. He met me where I currently am and assessed my abilities. Almost immediately he game me feedback and we began working on mechanics. I am definitely looking forward to our next session and would refer him to other players.

Coach Daniel was a great help in developing our pitching staff.
He was on time, knowlegable, and patient.
Thanks Daniel!

My son enjoyed his session with Coach Daniel. My son felt relaxed with him. He improved so much from just one session. Coach Daniel was flexible. He adjusted his lesson, made last minute changes to his planned activity to make it more appropriate to my son's level. My son cannot wait for another lesson.

I definitely liked today's practice, and I'm looking forward to learning even more at our next practice!

During the lesson, Daniel gave me helpful tips on pitching and really helped me improve. He helped me find my full potential in my pitch. I strongly recommend him for anyone looking to improve in any aspect of softball.

Daniel has been great showing my 12 yo daughter proper techniques for fielding, throwing and pitching. He also gives us suggestions on ways to improve her throwing with exercises to do at home

I am 11 years old and I been playing baseball for 3 years. Once I started working with Daniel, I saw a lot improvements. He told me I was throwing wrong way and helped me throw right, now I throw harder with more strikes. He helped change the way I bat so I can have a quicker swing.

I am 12 years old. This was my first year playing softball, Coach helped me work on outfield, second base and pitcher. I tried out for my fall league all star team and made it. Coach really put extra work with me. He made sure if I was willing to work hard, He would make me an all star. I am hoping to keep him as my coach for a long time.

I always been athletic and playing different sports. I started playing softball at 15 years old, but was nervous not knowing if I can be good at it. Daniel helped me develop my skill and gave me the confidence to be a starting for pitcher/center fielder for my high school team. After graduating High school and starting for three years, I have been playing for my college team for the past two years. He has always offered tips when ever I started to struggle and needed advice.

I started playing softball when I was a sophomore in high school. Daniel made sure I become the best player possible. He not only told what to do but demonstrated multiple time while giving reasons why he wasn't teaching it. By my senior year of high school, I won the title of most RBI's is the city. I also went on to play college softball at an Ivy league school. When on break from college, He made sure to still work with him to become better. I have to give most of my success to Daniel for making the player I became.