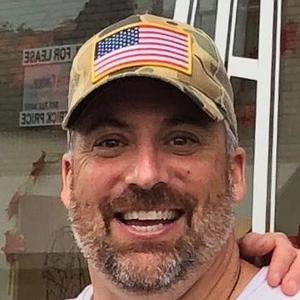 Lacrosse has been a huge part of life my both personally and professionally. I have a love for the game, and have enjoyed helping the growth of young players! View all coaching experience

I come from a family of Lacrosse players born and raised in upstate NY. My father played Lacrosse at Syracuse University and was the driving force behind my lacrosse success.
One of four Boys, all my brothers were accomplished players. My oldest brother played midfield for Washington College competing in three Division III National Championships. My next oldest brother was 4 year starting attack man and 1st team all-Ivy league at Dartmouth College. My youngest Brother was an All-America midfielder at Gettysburg College.

I started my college career at Loyola College and transferred to Div III Washington College in the Winter of 1992.
After college I continued playing club lacrosse and played professionally in the Major Indoor Lacrosse league (now the NLL). After I finished in the MILL I started coaching, first in New Jersey at Delbarton in New Jersey, and then at Durham Academy in North Carolina and finally at Middle Creek High School in Apex North Carolina where we won the first state championship ever for the school.

I recently re located from Raleigh N.C. to Mt Pleasant.
I have two Children, Andrew 15 and Sarah 14.
My wife is an interior designer, and I work for a Sprinturf, Synthetic Turf Manufacturer based on Daniel Island.

Have conducted 1 on 1 as well as group instruction. Youth - High School Ages.

Regardless of skill level or age I base all of my coaching around sound fundamentals. From Picking up a ground balls with two hands on your stick, to stick protection, passing shooting, dodging, defense. A foundation of solid fundamentals allows for players to improve their game as well as their lacrosse IQ.

I played both Attack and Midfield so my focus is going to be on offensive skills, shooting, dodging, footwork.
However Defense will also be part of the session with a focus on proper positioning and defense technique.
Shooting: On the run / Time and Room / Placement
Dodging: split dodge / roll dodge / inside roll / swim move

Chris Cote has not uploaded any photos yet

There are currently no reviews or testimonials for Chris Cote