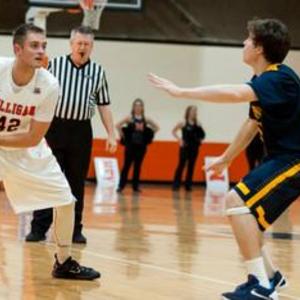 Clients can expect an upbeat, positive, and friendly environment that will push the client of any age to work hard and succeed. Main focus of most sessions will be fundamentally sound Basketball, taught the right way. Anything that the client may want to work on, will determine the specific drills and techniques taught in the sessions.

There are currently no reviews or testimonials for Alex B.