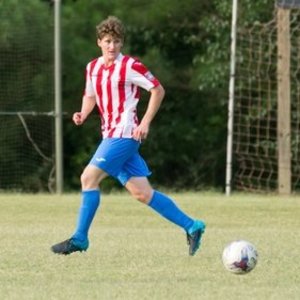 In England, I obtained my Level 2 FA Coaching License and continued to coach at Bradford College (Bradford, England) and Bradford City F.C. youth academy. Throughout my time in England, I began to understand and appreciate the importance of SAQ and conditioning mechanics in producing the complete athlete.

During my off seasons, I conducted multiple personal 1 on 1 and group training sessions internationally and in the United States.

I am currently a part of the NPSL team Georgia Revolution FC. Furthermore, I am the Head Boy's Soccer Coach at The Children's School in Atlanta, Georgia. I have continued to deliver 1 on 1 and group training sessions in Atlanta, Georgia for both soccer and SAQ mechanics.

All session plans will be based on each individual player's needs. Each session plan will be discussed with the client previous to the session.

Awesome training session. He understood my needs and provided me with a great workout. I’d highly recommend coach Adam to anyone of any level of athleticism in soccer. I’m feeling good and super motivated thanks to Adam!

Every session is always the best.

Coach Adam is a great trainer. He does a good job of assessing the player's level, strengths, and weaknesses. He asked my player what they felt they needed to work on and kept the player thinking about what they needed to do. He even offered to come to see the player at a game to take notes and assess the player in that environment. I would highly recommend Coach Adam to any player seeking to improve their game.

Great to work with and experienced!

Adam was very helpful and my son learned a lot and can’t wait to take another lesson from him again!

We saw immediate results after sessions with Coach Adam. He helped my son target specific areas to work on and has renewed his motivation and inspiration for the sport. My son is always raving about how great the lessons are and is eager for the next.

Coach Adam was great! We had specific goals for our athlete. He listened to the goals and designed the training around those goals. We saw improvement after one session. We will definitely continue working with Adam and would recommend him to anyone.

Adam’s session with my daughter was great. My daughter is 16 and Adam adapted his training to help her improve on the weak parts of her game.

Adam was great with stella. He worked with her on shooting, scoring strategies and footwork.

Adam was a great coach. He played professionally for a number of years in the US and abroad so he knows how to improve players' abilities across various dimension. We worked on several drills during our session to improve touch, technique, and fitness. He is doing a great job improving my fitness level and correcting my technique in a number of areas!

Coach Adam was great with the 1-1 training session with my son. We targeted a few areas to focus on before the session. He was very understanding with the new drills. He also focused on both feet in the drills. My son loved the session and wants to continue the training. Definitely would recommend!!!

Adam was amazing with my young daughter, blending together the discipline of mastering the fundamentals while making it incredibly fun for her as well. He targeted each session according to her opportunity areas but also for what she wanted to accomplish as a player. She improved enormously as a result.

Coach Adam is one of the best coaches I've ever had. He taught me better goalie drills and how to dribble better. It's hard work but he makes it really fun.

My son is a 10yr old academy select player who began working with Adam to focus on specific skill development. I asked Adam to watch him play in an actual game where he took notes so that he could individualize my son's training sessions. This type of individual attention is not possible during regular soccer practices. We have been very happy with the results we've seen so far

Our son (9yr old) loved his time with Adam! He had fun, worked hard, and felt good about getting notably better at the skills they worked on. We loved that Adam got to know our son's needs and tailored their work together to target conditioning, balance, footwork and ball handling and striking skills. And talking about MLS pro soccer players and games was a huge bonus. We look forward to continuing to work with Adam to further grow our son's love of the game.