Ask a question about sports training.
Get answers from expert coaches in 30+ sports.

Have your own Soccer question?

"Is it appropriate to expect an academy soccer team have enough players to actually field a complete team for games?"

Our six-year-old son was invited to join a "C" level academy select team. He'd played rec with the club the year before and has OK skills, but a lot of maturity to gain in terms of playing soccer. We accepted the invitation as we saw it as an opportunity for him to receive more attention from the coach and advance his soccer skills.
Since youth soccer switched to the birth year system, he is on the "young" side with an October birthday. His fellow C level teammates are also younger 2009s (everyone has a birthday August or later).
Shortly after our invitation, the coach that selected our team quit the club and we received an email from the new coach out of the blue and with no explanation. Unfortunately the team was formed with just enough players to field a match. That means in the instance where anyone is sick or can't make a game, we don't have enough players.
The club's "A" and "B" teams have more than enough players (with a different coach). So many, that at last weekend's tournament, we found out that their coach fielded four teams, while we had to borrow girls from one of the other club's teams to have enough players. Their girls were actually more talented than our boys and we'd play with them anytime. Their coach was the collective team's coach for the tournament and our coach was never there (again, no explanation).
We actually recently added two players, but after this weekend's tournament (where our co-ed team was helplessly outmatched), one of the new players has defected to the A/B teams with the other coach (remember that those teams already have more than enough players).
Our expectation, given the commitment we were required to sign and the steep club and team fees (nearly $2,000) is that it is the club's responsibility to have enough players to regularly field a team. Our coach does not speak to the parents and we all feel disappointed and disconnected. Our kids' skills are regressing rather than progressing and their humiliating defeats at this recent August tournament were demoralizing (they only played three games in the winter/spring season - the first of which was before they ever had a practice - we'd never met the coach and he didn't know the kids' names).
We feel that we have a legitimate complaint to register with the club since our team lacks an adequate number of players. We would appreciate any advice or insights in approaching the club. Our current thought process is that they either need to have enough players on our team or discount/refund a good portion of our team fees and let us play rec in the fall instead. Thank you.
Tiffany A. | San Diego, CA | August 11, 2016 |
Soccer | 1 Answers
A
Hello Tiffany, You have a lot going on here, if your part of CYSA or AYSO, you can appeal to the organization and withdrawal from any club assuming your fees or dues were paid, there is no reason to not allow you to leave. In fact if a specific club is giving you grief, just email or call the organization that governs them. I will answer a few things remember these are in general, some things could not be clearly defined due to a lack of information like skill level, exact age group playing, level of play (Premier, gold or silver), how many teams in that age group, and how many months out of the year- that team plays. These are crucial in determining what to do in your particular circumstance.
In almost 99% of cases a player at that age should never play up, because of a loss of skill development(mentally & Physically) at his own age group. Your Coach is everything, he learns the players, motivates them, earns their trust, and therefore he or she brings out hopefully the best in them.
If a player is playing on the team -moved down to the team for numbers sake, the teams are either to water downed and the club is doing it for money, or their main goal is not about developing the kids and it is about winning. Which is the wrong message at that age, and for some not the way to in developing youth soccer for kids, under 19 yrs of age. Coach should never not show up or be late- in clubs I'm from those are grounds for dismissal.
As far as coach not communicating to you that would be an issue to complain about with the coach, if your heated after a game and you try to talk with coach it would be understandable that your not suppose say anything to him or her. Most clubs in California have what is called a 24hr cooling off period for parents before complaining or registering complaints for the coach or whatever. With that said, you have to remember this is youth soccer, and your not playing world cup, so make sure your doing this for your kids( right reason), and not yourself or friends or whatever(wrong reasons). Because eventually this and decisions you make will ultimately harm your child. No matter where you go club wise you will have most of the same problems, the better the club is run in most cases, the most it will benefit your child and the more it will cost, $2000 is about average for a comp club. I'm in Norcal and a lot of clubs here are well over $2500. Hope this helps some.
In closing if they don't have enough players, they shouldn't form the team!
Best Regards,
Don Villella
NSCAA National Diploma
Staff Instructor - CYSA-N
CYSA -California Youth Soccer Association
North Bay Elite Head Coach
John Swett High School Varsity Girls Coach
Coach District 4 ODP '96 Boys Team 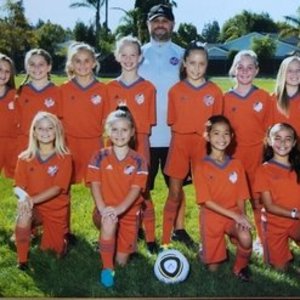