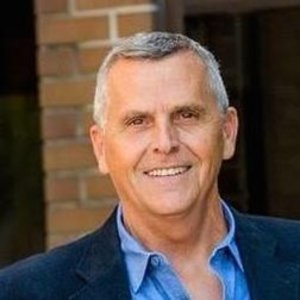 Girls Fastpitch Softball Pitching Coach for enthusiastic beginners that want to learn how to pitch and maybe get a college scholarship someday. View all coaching experience

Fastpitch softball pitching coach. I have instructed and pitched competitive fastpitch softball at every level in Ontario, Canada since the early 1980's. Currently I am a volunteer fastpitch softball pitching coach for the Cranbrook High School Varsity Girls Team and for West Hills Middle School in Bloomfield, MI where I now reside. I like to work with children that are just starting to teach them how to be a fastpitch pitcher. This is not a natural throwing motion for most people and I can get a beginner through the initial steep learning curve with ease. Starting off with proper mechanics will serve a young pitcher well as they grow and develop. Training sessions with more experienced pitchers can be tailored to either fine tune mechanics, increase velocity, strength & endurance and pitch variation.
As an avid runner having completed over 20 marathons including the Boston Marathon I have maintained my physical shape and skills over the years that enables me to actively participated during training sessions. The added benefit to show a young pitcher how to pitch with passion, intensity and control is what you can expect. Having the experience, a friendly demeanor and love for the game of fastpitch softball ensures a high quality coach.

I competed at the Canadian provincial mens fastpitch championship level for over 20 years with a team based out of Windsor, Ontario. As a younger player I was awarded many MVP team and league awards.
Recorded 2 No Hit games.
As a pitcher and outfielder I had a career batting average over 400.
I am also an avid runner and have completed over 20 marathons including the Boston Marathon.

Beginner pitchers will be put through a proven series of drills to get them started to learn the mechanics of fastpitch softball pitching. These drills are to be repeated on their own at home between sessions to master the basic motion of pitching. Each session will build on the base mechanics and lead to velocity and strengthening of the pitching arm and legs. Advancing to pitching control, speed variation and different grips. Mastering these basics first leads to having an endless arsenal of pitches: various speed curve, rise, drop, screw and knuckle ball.

Coach Ron helped my daughter move up into the pitching rotation (11u) after just one session. My daughter enjoys working with him and he's helped improve all aspects of her game. Flexible with scheduling and quick to respond!

Great coach work on fundamentals And knows his stuff. worked well with my 13-year-old daughter

Coach Ron was wonderful with my fourteen year old daughter. She has only played softball for two seasons and is looking to advance her skills to prepare for high school tryouts next spring. In one hour, Coach Ron covered more skills with her for pitching, hitting and ground balls than she received in two seasons of playing recreational ball. He explained the drills, what they were designed to improve, and coached with patience, reassurance and enthusiasm. My daughter is looking forward to the next session!

Ron was able to get my granddaughter to relax and want to learn. I was impressed how he was able to teach her things about pitching while keeping her interested in learning He gave her little drills to practice at home too. I am looking forward to booking another lesson for her. He is a very good coach and man.

Excellent Coach. My daughter Elizabeth was comfortable, learned a lot, and was excited to go to each lesson with Coach Ron.
I highly recommend him to anyone that needs lessons on pitching, hitting, etc.
Thank you Ron for coaching my daughter and training her to be a better athlete!

Great experience! Ron was very helpful and was able to point out some things that my husband and I suspected were incorrect but did not know how to fix with our daughter's pitching. We were very happy with our first session!

Coach Ron knows his stuff. He has done an excellent job working with my 14 year old twin girls on pitching, fielding and hitting.

Coach Ron made my daughter feel comfortable and confident. Looking forward to working with him. I would highly recommend him to others.

Expectations exceeded with Coach Ron! Coach Ron is very knowledgeable about fast-pitch from the fundamental mechanics to the small but important finer points and details. Coach Ron has a great practice plan for our sessions and my 10 year old feels comfortable and confident and has noticeably improved in just two sessions.

My 11 yr old daughter has had numerous lessons with Coach Ron. He's patient and passionate about the sport and it shows in his coaching abilities. He is a good pitching coach that has helped my daughter improve her skill. He has helped her improve her accuracy and velocity and working on eliminating her "bad habits". While he mostly works on pitching, he also incorporates other drills to help in batting too. After each lesson, he provides written feedback of areas she did well and areas to work on. Overall, I would recommend Coach Ron to anyone looking for a good pitching coach!

Coach Ron did a great job with my 11 year old daughter! Worked on a variety of pitching drills with her, with emphasis on drills we could work on at home. Noticed improved accuracy by the end of the session. He even stayed late to work on her swing. Would recommend and will schedule more sessions.

My 11 year old softball pitcher "wannabe" just met with Coach Ron last week for the first time. We will be booking a second coaching session soon! My daughter felt he explained things on her level, and had many "fun exercises that we could do at home. He freely shared his knowledge, and was able to see "bad habits" that he quickly tried to fix. His schedule is very flexible.

I caught fastball in Windsor for 20 years. I was lucky enough to catch many excellent pitchers during that time. My favourite was Ron Parent. I bet I caught for Ron for 12 or 13 years. There might have been others that threw harder, or had more movement on the ball, but Ron knew how to pitch better than any of the pitchers I caught, and that made it fun. Ron knew how to get ahead in the count, use his strengths on the mound to keep the hitters off balance and most of the time, Ron made them hit the pitch he wanted them to hit. That is why Ron was so successful as a pitcher, but Ron was more than just a great pitcher, he was a great baseball player. Ron could hit the ball with both power and average, so he was always in the line up. In the outfield or at first base. There were other pitchers that could hit the ball, but no other pitchers that I saw in the 20 years we played together, who could run down a fly ball in the outfield, throw a bullet to 3rd base or home plate from right field to cut down runners, or steal a base when you needed it. Ron knows the game of baseball very well. Ron’s abilities between the lines were many, but Ron also took a leadership roll with our team, helping others reach their potential. I feel that all these skills will serve him well as a coach at any level. Come On, Ronnie

I played with Ron for many years and was one of his catchers. Ron is an exceptional talent and loves the game of fastpitch softball. An all around great player with a pleasant demeanor that transcended to lift the level of play of all around him. I would highly recommend Ron to anyone looking for a fastpitch softball instructor.