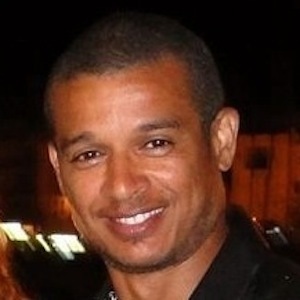 Charlton Player of the Year 1989/90 and then bought by Sheffield Wednesdays Manager Ron Atkinson to for 1 million pound.

After retiring from professional football through injury I decided to share my extensive knowledge of Soccer having working closely with some of the games legendary players and coaches. Taking a position of player/coach at Canvey Island for two years. Successfully winning promotion and league cup winners medals in successive years. This provided me with the ideal platform to continue my coaching skills and career.

Since then I have helped developed and mentor many players of all ages to achieve a greater understanding and awareness of the game. By carefully planing structured sessions to emphasis specific coaching topics, working hard on technique, fitness levels and team play. Progressing my sessions from one on one and four v four into match like situations. Also by creating a fun learning environment helps to motivate and encourage players to express them selves to their full potential and accelerate learning.

It is a important function within my coaching programs ethos to communicate effectively with players and their parents as to the progress and continuous evaluation of their child to help reach goals and targets.

Sessions are planed and tailored to the the individuals needs and requirement. However focus will be on developing a players ball control, first touch, technique, movement and conditioning. My program is varied to continuously challenge players physically as we'll as mentally.

I cant say enough nice things about coach Paul. He was always early setting up for his sessions with my young daughter. He set up age appropriate drills for her considering she was younger than im sure most of his training sessions. They were challenging and very engaging. He gave great feedback during and after each workout and I was able to practice at home with her in-between each session. His knowledge and experience are amazing! My daughter was very excited to continue to go back and we cant wait to book some more sessions in the future!

My son had an hour session with Coach Paul. He tailored the coaching to my son's position, center back, and worked on my son's speed, agility, skill training, as well as tactical decision making. There was also a large, cerebral component to the training and Coach Paul was explaining to my son why and what and how. I recommend Coach Paul to anyone who is passionate about soccer and anyone who wants to improve his/her skills to the next level. Outstanding 1:1 coaching.

My sons started sessions with Coach Paul last February due to them not making their Middle School teams at tryouts. They had sessions twice a week with Coach Paul and within a month they improved their juggling and ball control. We was so impressed that we added another session two months before tryouts. Needless to say that both boys made the team and enjoyed a successful season playing MS. My family and I would highly recommend Coach Paul to help yours sons and daughter learn how to play the game.