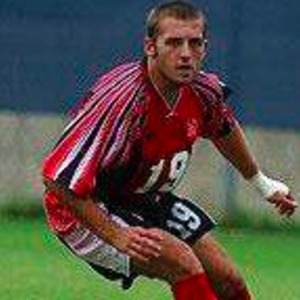 I have been coaching for 15 years, started at the American Soccer Academy as a soccer counselor in 1999 at American University, continues my development as a coach counselor at the University of Maryland Soccer Camps. I coached at the Milwaukee Wave Soccer camps in 2004, 2005. Picked up my first soccer team in 2007, the Bethesda Bullets U-16 for two years. Led the team to Richmond Invitational Championship title and Maryland State Cup finalist. Four players earned soccer scholarships. Took the team to Italy for the Como Cup placed in second place against youth professional soccer teams. In 2008, moved to Italy to continue my growth as a player coach for ASD Roseto Soccer club. Earned the UEFA Coaching Licence B as Allenatore di Base in Coverciano, Italy among the great minds of Italian Football. While playing in the Eccellenza for ASD Roseto, I coached the Allievi ASD Roseto youth team U-15, then U-16s. In 2010, I lead ASD Roseto to the Regional Championship final and championship title in two years. Three of my players went on to sign professional contracts for Sampdoria, Siena, and Foggia. My development as a coach continued as I became an Assistant Coach for ASD Roseto football team, working in 2012 as the offensive coach. Soccer, or Calcio as we call it in Italy is in my blood. It is my bread and butter. I will keep improving players of all ages in all aspects of the game. I have the ability to show them what it takes to make it to the next level because I've played at every level. I had the potential and the ability to play in at least one World Cup, but do to a career ending injury, my dream didn't come true. My main objective as a coach is to make great student-athletes out of my players with the ultimate goal to go to College and get an athletic scholarship. Some of the most notable ex teammates of mine are: Landon Donovan, Brad Davis, Oguchi Onyewu, Kyle Beckerman, Cleerence Goodson, Abe Thompson, Mourice Edu, Graham Suzi, and many more.

1998 All-Met Player of the Year Washington Post All-American Soccer America
Lead Winston Churchill H.S. to State Finals
Maryland and Region I Olympic Develpment Program member 1997-1999
1999 CAA Rookie of the year at American University 3rd team All American
2000 Member of the USA U-20 National Team lead the team with 6 goals and 3 assists in two International Tournaments in Holland and Switzerland All-Tournament team MVP
2001 played in the SERIE D in Italy, San Gimignano 7goals 5 assists
2002-2004 Led the Maryland terrapins to ACC Championship and two Final Four Appearances led the team in Assists both years
2004 Drafted by Milwaukee Wave United in the A-League scored 2 goals 4 assits
2005 Played in the MISL for Kansas City Comets 3 goals
2006 Injured (Groin) Baltimore Blast (did not play)
2008-2009 Lead the ASD Roseto in the Promzione with 15 goals
2009-2010 Lead the ASD Roseto in the Promozione with 13 goals
20010-2011 Lead the ASD Roseto promoted to the Eccellenza lead team with 17 goals
2011-2012 Car Accident kept me out til end of season made one appearence in Eccellenza

My client can expect to be pushed to the limit by doing the simple things at the highest speed possible. Depending on the area he or she wants to improve, we will do many repetitions. I will teach them what I do best. I will personally show them how to become the best soccer player from personal experience. For example, if I'm working with a forward, we will do lots of one vs one drills towards goal, I will make every drill, every touch on the ball with a purpose, I will teach them my trait as a National team forward and a goalscorer, the little things that make you a great team player and leader. It is important that the player must push himself-herself to the limit, as I will make them do everything with heavy legs as if it was the 80th minute in the game. It will not be easy, but they will thank me as later as they become physically and mentally tough. I became the best forward in my days by simply out working my teammates and opponents. I was the best because put in the dirty work. My clients will not have fun with me, but better soccer players they will become, I GUARANTEE IT

He was great with my son

He is knowledgeable, inspiring, and wonderful with my son; it was a great experience and would recommend to everyone!

Coach Nino has been outstanding. He has an intensity and love of the game, together with a really fun personality, which have made the private lessons with our 9-yr old son really productive and fun. Coach Nino is ideal for kids who are serious soccer players but who might otherwise get bored with skills sessions. He really pushes the technical skills but keeps it fun and light, so the lesson is really enjoyable. Our son really looks forward to the sessions with Coach Nino.

Great start to working with coach nino today. Watching my son working with coach i felt like i was watching that old movie karate kid - instead of wax on, wax off, it is touch w / inside of foot touch w/ outside of foot. My son has been practicing ninos stuff since we left the training. Glad i found him. Strong emphasis on the foundations of football. Cant wait to see the results on the pitch.

We liked Coach Nino. He is one of the better trainers that Yasmin has worked with. He is very intense and doesn't fool around which is good for Yasmin because she is serious about soccer. He seemed to be very impressed with her work ethic and said that he will focus on helping her get to the next level. We look forward to booking more sessions!

Coach Nino is awesome!! He is very straight forward when it comes to his trainings and explanations of the game. Coach Nino will definitely push you beyond your limits and bring the best out of you. I look forward to my continual trainings with him. I would recommend coach Nino to anyone who is looking for an excellent coaching experience; as well as wanting to dramatically improve in there position.

Coach Nino was awesome. I was looking for a coach to help my son improve his soccer skills and prepare him for the next level. I booked with Coach Nino based off of his profile hoping he would be able to live up to what he had to say about himself. He was that and more. Within 30 minutes of training with my son he had accessed him on his weaknesses and the areas that he needed to work on to improve his skills. I am grateful to Coach Up for helping me find the right coach for my son that was as experienced and skilled as he is. My son loved him too. He worked him hard but it was definitely worth it. Thanks Coach Nino

Thanks Coach Nino! My daughter had a great session and she is juggling like crazy now.

Nino is a great coach!!
He will push you to get the best in you.
I really like him a lot.
Very tough coach but I love it!!!

Nino is a great coach and he really knows the game of soccer. He is really good at teaching the soccer fundamentals and is very good at assessing a players skillset, helping him to target improvement areas. I look forward to working with him again.

My first impression of Coach Nino (wow this guy is the real deal). His professional experience and love for soccer is noticeable right away. Bottom line, if you are serious about being the best, then you need to contact Coach Nino.

Coach Nino's session was intense and challenging but remained fun.
Very glad I did the session before the championship of my league.
Noticed a big change in my play.

Coach Nino is a great coach!!! recommend him for any age and any skill set. He knows what he is doing. With him its money well spent!

FROM DAUGHTER: Coach Nino is very hardworking and has a passion to get his client to the next level. He starts to work on the basics to see what you need to improve on and then starts working from there. He worked on my identified weakness to make me stronger (non - dominant foot & improving first touch for me ). He does drills based on my position that can be used in game situations. Coach Nino has a positive attitude and will push you to get the best effort out of you through training.
FROM PARENT: Coach Nino was very professional. He called as soon as my 1st session was booked to discuss my 14yr old's goals and areas for development. He called the morning of the session confirming the field to meet and when we arrived he immediately took my daughter to begin to work. My daughter is excited about continuing to work with Coach Nino.

Coach Nino is a great trainer. I developed a lot more foot skills and shooting techniques. I can now pass and dribble the ball quicker and better. Coach Nino helped me have a great season this year. Thanks!

Coach Nino was able to identify areas of needed growth and capitalized on strengths. Very good communication and maintained good expectations. After only one practice session, my daughter's head coach from her travel noticed the changes. The coach asked, "Have you been getting private lessons?"

Coach Nino was a fantastic coach. For just getting back into soccer after 2 years I feel pretty good.

Since Coach Nino started coaching our team, (2005) we have developed greatly tactically, mentally, and physically. He knows how to motivate the players with his passion and playing expereince, even at times abundantly, and has made the team very competitive. He was a great addition to the team.

Nino scored one of the best goals I 've ever seen as a coach. It was his first game with my Braddock Road Warhawks and we just added Nino to the team. He scores his first goals from an absurd bycicle kick across the goal in the upper right corner. It was unbeleivable.

Coach Nino pushed me to the limit. He made me understand my weaknesses and showed me how to improve mentally and physically to become a tougher, stronger soccer player all around. His invaluable experience as a professional soccer player really shows during training sessions. He transmits high energy and passion, demanding the very best every training session. He will push you to the limit, and I thank him for it.

Said Tozer, "Nino has all the tools to be one of the next young stars in the MISL.

Nino is a skillful, attacking player who comes from one of the nations premier collegiate programs," said Wave United Coach Art Kramer. "His ability to create will help us on the offensive end this season.

He has a great love and great passion for the game," Coach Cirovski said. "When he plays honest and is in shape and plays to his strengths, he can add value to any team he plays on.