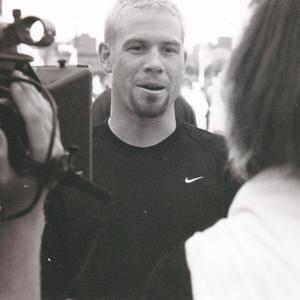 A US Olympic Team member coaching collegiate runners, triathletes and runners in running, swimming, triathlon, and cycling; will coach all experience levels and age groups. View all coaching experience

I am a NCAA Division II Cross Country/Track & Field/Triathlon Head Coach and Multisport coach working with triathletes, runners. In 2012, I was selected as the Elite Team Coach for the ITU World Triathlon Series Finals in Auckland, New Zealand. I have worked with high school and collegiate runners, age group triathletes competing at Olympic and Ironman distances, Elite/Professional triathletes and Junior Elite/Collegiate triathletes. I am qualified as a Level 1 Registered USA/Track & Field Coach and USA Triathlon Level 1 Coach. Currently, I am certified in Red Cross Basic First Aid and CPR/AED rescue techniques.

As a professional triathlete I was a member of the 2000 Olympic Team, 5 World Championship Teams, 2 Goodwill Games Teams and Resident National Team at the US Olympic Training Center. In 1998, I was awarded USA Triathlons Elite Athlete of the Year, the US Olympic Committee's Triathlete of the Year, Triathlon Magazine Elite Athlete of the Year and was recognized by Competitor Magazine as a member of the first US Olympic Triathlon team in 2000. I have competed in triathlons for 31 years starting with the Ironkids triathlon series at 14 and competing through the categories winning the national championship as an Ironkid (1985), Junior (1990), Age Group Overall (1990), Elite/Pro (1998). As a runner, I posted PRs of 14:24 for 5k and 30:13 for 10k on the track, ran for the University of Notre Dame finishing 3rd as a team at the 1990 NCAA National Championships. As a high school runner I was 2 time Foot Locker Cross Country National Finalist and Florida State Cross Country Runner up (Individual & Team), ran 9:28 for 2 miles finishing State Runner up on the track and was a State Champion and finalist in the 400 Free Relay and 500yd events in swimming.

Training sessions are targeted specifically to the athletes experience and skill level based on their performance goals and/or goal events. Sessions can include long term training plans, skill development, form analysis, workout/training session or mental training dependant on athlete needs. Weekly training plans can be established to meet events goals for endurance events such as running a marathon, finishing an Ironman or qualifying for a specific event. Technique or specific skill sessions can be planned to improve running form, swim stroke, transitions etc.

There are currently no reviews or testimonials for Nick R.