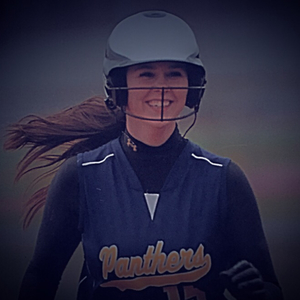 For pitching, I emphasize putting work in. My girls all know that it is important to get lessons, but it is equally as important to work on what they learned by themselves until they see me again. During pitching lessons, I do a mixture of fixing mechanics, teaching new pitches, drills, and strengthening. My pitching lessons are typically 30 minutes, however, I also do hour sessions and will be willing to do 45 minute sessions. My fielding/hitting lessons are also focused on obtaining the proper skills to become the best you can be. During those sessions, I teach mechanics, proper form, many drills, and speed/agility.

Coach Michele is a great personal instructor, my daughter loves her, she is very knowledgeable and experienced, has a great attitude, is friendly and shows a lot of patience. My daughter showed immediate improvement, she can’t wait until her next session. I would recommend her to anyone looking for a personal instruction.

Coach Michele was awesome! Thanks again for the successful session and getting her started on the right track. Your knowledge on how to try different methods to correct her improper form was fantastic.

Coach Michele is awesome. After the first practice, she immediately picked up on things my daughter should practice and correct which other coaches did not see. I would definitely recommend her.

We had an amazing first lesson with Michele and am excited to continue!

Very patient, takes her time and explains in detail... she breaks it down so it is easier to learn and follow. It is not often my kids feel comfortable with a new couch right off the bat but Hailey def wants to have more sessions.

I can not say enough about Michele. She is patient, knowledgeable, fun, calm and a professional. She is able to reach my 12 year old daughter in a way that inspires her. I like to watch and learn! Do not hesitate to sign up for Michele she is a true gem.

My daughter absolutely LOVED working with Coach Michele. Excellent teaching style and drills for the girls to get the right mechanics. Great Job!!! Thank you Coach Michele

During the past several years, my daughter, Mykaela Moen has been Coached on a Softball Team and privately instructed by Michele. Because of Michele’s ability to coach and instruct, Mykaela has grown to great heights as a ball player and as a team member. Michele has made a connection with my daughter that made her want to do better, and grow in the sport. This is a gift that that is hard to achieve. Michele’s passion for the sport is something rare but much needed in today’s world. Kids would rather spend time with their phones. Michele inspires then to get out on the field. I have a young son with special needs. Michele has tutored him in from time to time. This requires great patience and understanding. These are abilities that are necessary to become a great coach. It’s with these skills, understanding, patience and love of sports, that will make Michele a Great Coach

Michele has trained and coached my 10 year old daughter for the past two years. She has not only taught her skills to improve her pitching, but more importantly, Michele has served as a role model, demonstrating exemplary character and sportsmanship. My daughter consistently looks forward to her sessions with Michele and her self-confidence has observably improved throughout the past two years.

Michele has been giving my daughter pitching lessons for 3 years. Michele teaches her the proper technique as well as all the different pitches such as inside, outside, change up etc.. Michele gives Emma scenarios during lessons to teach her. to really think about what kind of pitch to throw in each situation. In addition, Michele has taught my daughter how to slide and worked with her to Improve batting and fielding. Michele establishes great relationships with the girls she works with. They love her encouragement and respect her critique. Michele is a great coach in all aspects. We highly recommend her!

My oldest daughter pitched up to U10 and my instruction helped her to be the star of her team and earn all-star accolades, but as a U12 pitcher – her pitching could not keep up - she lost her form and could not throw consistant strikes. Talent only takes you so far without proper instruction. It was painful as a Dad to watch her struggle so much on the mound. Lesson learned. With my younger daughter – she worked with Michele as a U10 and continued fall softball and winter training. She just loved pitching. As a U11 – she pitched the town little league U12 division and we won the league playoffs at the end of the season – beating the first place team in the championship game. The following year as a 12U – we won the regular season title and lost a 1 run game in the playoffs. The time spent with Michele meant all the difference. My daughter is not the biggest nor strongest player –but by working with Michele she learned the proper form and really learned to pitch by changing speeds and learning different pitches. In a short time, Michele taught her a killer change up, curve ball, screw ball, a drop ball and most importantly how to locate them all. Michele would not only fit us in when we needed extra time, but she would come out to games to see my daughter pitch as well – helping to give her in game instruction. She really goes the extra mile with her students. It wasn’t just my daughter because I would see her at other games around town working with others as well. My daughter is not the top pitcher in her age group, but she competed with the best and often came out ahead of those that threw faster than her, thanks to Michele’s coaching. My daughter really developed when I stopped trying to coach her with lessons from internet videos and just had her listen to Michele’s instruction. Its amazing how what I thought I could learn on the internet would just mess up my daughters pitching. When I gave up coaching I turned into my daughters personal catcher. With Michele’s encouragement and learning new pitches – my daughter wanted to pitch with me whenever she could. If your on the fence about your daughter’s pitching – take if from me. Michele is worth every dollar spent. She works great with all ages and really inspires them to work hard. Weekly lessons and my daughter would be begging me to pitch on the side whenever she could. When I tried teaching my older daughter it was me always trying to get her to practice. It’s priceless to have your almost teenage daughter asking you to pitch with her. Also its fantastic to see her confidence on the mound and how she deals with the struggles and success of pitching. Michele’s coaching is directly responsible for my daughters success on the mound – and the memories will last forever. My youngest daughter had a fantastic pitching career and we just finished the 12U season. We had one magical game where she threw a no-hitter - helped out by a game ending flyball to right field. It was a culmination of all her hard work - and a memory neither of us will ever forget. I don’t know her intentions on pitching in high school, but I know that the training she received from Michele was money well spent – and something I only wish I had spent on my older daughter. Thanks Michele.

Michele has been a wonderful role model, coach and Friend to my daughter Mckenzie. She was Mckenzie’s first pitching coach. the girls worked together. Mckenzie always loves pitching with Michele Zahner and will play on any team she coaches. Michele cares about the girls she coaches on the field and off the field. Her family has been involved with the Pequanock little league program for many years. I am looking forward to watching her grow as a coach. Her time is coming, I have total confidence that she is going to be awesome. Michele is a wonderful young woman. Michele is driven to be successful.

I have known Michele Zahner her entire life. I have been her next door neighbor for over 20 years. My daughter played sports, especially softball, with Michele for years. Michele was always an exceptional softball player. Good strong hitter and a great pitcher. Unfortunately injuries slowed her down during HS and she was unable to pitch. Michele has always loved softball and she did not let this slow her down. She began giving pitching lessons while and in HS and has continued helping young pitchers ever since. One of her first clients was my younger daughter who has became a state championship caliber pitcher because of Michele. Michele shows unbridled passion when it comes to teaching young girls how to pitch. Her technique is flawless and she has tremendous patience when working with her students. She also volunteers her time to coach numerous teams in the area, both little league and club. I would definitely recommend Michele Zahner to work or teach with any organization or team. Thank you.