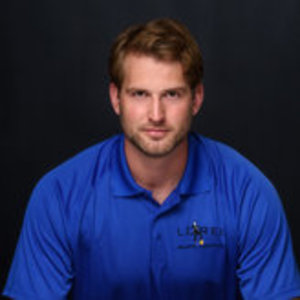 After my professional playing career. I immediately began coaching with Jason Jacobs Soccer School of Excellence out of Coon Rapids Minnesota, as well as Coerver Coaching out of Blaine MN. At both of these schools the age groups varied immensely. Anywhere between U9 -U17. At FSA the main focus was developing strong passing skills and quick play at a young age. The Jason Jacobs School was an all around soccer fundamentals approach not focused not a specific aspect, general skill building. The key component from Coever Coaching was being able to execute a specific dribbling sequences in tight spaces, their goal was to develop highly technical players. During this time I also began coaching a U11 Boys team from the club Orno Thunder in Orno, MN. My main focus with my boys was developing their footskills, formation skills and a love for the game. In the Winter of 2013 I got my Y module youth coaching license, the course was very helpful for me. The key components were keeping young players engaged, building on each activity, and basic formation for young players. In 2013 I also started as a Soccer Coach and Soccer Skill Video Administrator at LeftFoot Coaching Academy in Minneapolis in 2013. My time at LeftFoot Coaching defined my teaching as a coach and influenced my style greatly. At LFC, we worked extensively on mastery of technique, specifically lateral deceleration, athletic movement, driven ball striking, and foot skills. At LeftFoot Coaching I was trained as a coach directly by Christian Isquierdo, the founder of LeftFoot Coaching, a coach who holds his National "A" license, and a contributing writing to " The Definitive Guide to Youth Athletic Strength, Conditioning and Performance". At LFC I was primarily a 1 on 1 trainer. Since then I have largely focused on 1 on 1 training. I love working with young athletes on developing highly effective game speed skills to help them succeed. In the Summer of 2014 I began coaching a U18 boys team, North Metro United. These boys were a very dedicated group and 6 of them went on to play soccer in college. My focus with this team was prepping them for college. Many of the training sessions were geared towards, playing quickly, defending as a unit, and combination play to goal. I have learned a lot over my years of coaching and I can help any player get to the next level.

I played 4 years of varsity at the very competitive Cathedral Prep in Erie Pennsylvania. During my Senior year,, I tore my ACL, but came back ready to play in college. During my senior year I was recruited several Div. 1 schools. After visiting the school, I elected to go with John Carroll University. I played 1 year at John Carroll University. Immediately after, I moved to Minneapolis and Played- Trained for two seasons with Minnesota United (MLS).
- Competitive Club Soccer Age 11 to 18
- 4 Year Varsity Player in AAA Soccer the Highest in PA
- 11 Goals and 12 Assists Senior Season
- Goal against #1 ranked team in the country
- Recruited by multiple Div. 1, Div. 2 and Div. 3 Colleges
- Played at John Carroll University 1 season
- Two Seasons with Professional Team Minnesota United (MLS)

My first session with a player will always be an assessment session. This is my opportunity to see where a player is with soccer skills, specifically their lateral deceleration, ball striking, dribbling technique/pace and trapping ability. After the first session, I present the player and parent with what needs to be improved and work from there. My goal with each player will vary, as different players have different needs. Some players will really need to work on their dribbling, some players just need to be taught how to move athletically, still others struggle with ball striking. I want to help the young athlete turn their weaknesses on the field into strengths. I am happy to tailor my session to what your the player needs. I also like to sit down with my players and help them come up with a soccer goal. For example is he/she trying to get out of recreational soccer onto a competitive club team? Other examples are; Is your player just starting out with soccer and would like the basics? Is your player not playing on their high school team and wants to be on the starting 11? Is your player looking to be tuned up before playing in college? My sessions are well planned out and a lot of fun.

Mac started with the basics of soccer they can help my daughter understand how to control the ball. She said he was not intimidating and easy to follow

Coach Max was fabulous with our six year old daughter. She was all smiles at the end of her first session, and we have already seen an improvement on how she approaches the ball. Will be booking more sessions with Coach Max.

Max is training my son, Joey (age 8). He is excellent in teaching skills such as footwork and shooting. He takes time and really makes sure Joey understands the drill and what is expected. Joey has improved dramatically with his footwork by working with Max. He also has improved his shot accuracy and power.
Max is a great coach!!

Coach Max is an excellent coach. After only two sessions, my sons confidence and agility has improved. His teaching approach is structured, yet fun to keep younger players engaged. I’d recommend Coach Max for players at any level.

Very easy to communicate with. My son loves working with him. He feels like he is improving on a variety of areas. Very knowledgeable.

Coach Max is a great coach! Thus far my daughter has had three sessions with him, and she has definitely improved. Coach Max has helped my daughter with her confidence and influences her to push herself and see her own capabilities. He is very positive during the sessions and praises my daughter when she is doing well. My daughter enjoys here sessions with Coach Max and is looking forward to many more.

Coach Max is great! He keeps my enthusiastic and energetic 7 year old girl engaged the entire hour. His lessons are fastpaced and build on one another. His demeanor toward my daughter is encouraging, and he encourages my daughter to continue to try even when something is hard. My daughter enjoys his sessions, and she makes me "take notes" on what Coach Max says because she feels motivated by him to practice in between sessions! :)

My son loves working with Max. He explained things really well and made the experience fun. My son can’t wait for his next lesson.

Max is enthusiastic about coaching and patient with kids!! My 6 year old son picked up a few new skills and had fun while doing it just in the first session and is excited to continue lessons.

My son really enjoyed working with you.

I have coached and played with Max, he gets the best out of players and I have really enjoyed working with him

Max was a huge asset to my coaching staff, he is very friendly and very good at what he does!