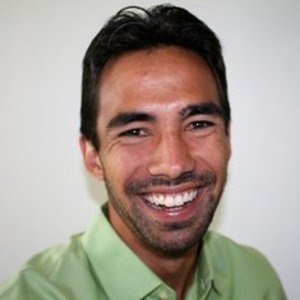 Through innovative training methods and experience as a player & coach, Lucas specializes in elevating your game technically, physically, and mentally. Having coached youth, teens, and adults at all levels, Lucas understands the needs of the game and players to achieve whatever your goals are. If you have aspirations of playing for your high-school varsity team, making it to a division 1 college, or professionally, Lucas with give you the skills to dominate on the field and speak to the game of soccer off the field.

Session's with me are customized to ensure the athlete ends each session with greater technical ability and confidence, a better understanding of how to read and dictate a game, and the physical strengths to last a full 90 minutes (plus the extra 30).

New clients can experience a 30 minute critique similar to those done by professional scouts which will used to personalize your training session and achieve maximum growth.

I provide training covering the physical and mental aspects of game, developing players for the highest levels of the game.

Coach Lucas definitely helped my daughter take her game to another level. She's taking more shots at the goal and is comfortable using her body to shield the ball from players. Coach Lucas was patient and explained to her the purpose of each drill she worked on. I would definitely recommend Coach Lucas for players who want to improve their skill and knowledge of soccer. Most importantly, my daughter said she learned a lot from Coach Lucas and she enjoyed having him as a coach.

Monica has learned so much with coach Lucas. In games she is much more confident with her ball control, and taking shots. I truly believe that working with coach Lucas has helped her tremendously.

My incoming 7th grader daughter is serious about improving so she can become one of the strong starting players on a high-level team. She has heard from older players that private coaching helps tremendously. As a result, she asked me to find a private coach. We tried a few, and Lucas is the best. He comes to practice with all the right equipment, has an organized plan, and has enough expertise to teach technical skills properly. Plus, he has a positive personality and is pleasant to be with. LUCAS IS A GEM!!! (We've been looking for a high-quality, dependable coach for a long time.)

Excellent coach. Very dedicated and my son enjoyed the session. He is looking forward to more sessions and getting better

Positive, diligent and very encouraging. One of the best coaches I've ever had! Can communicate and relate very well, makes it easy to learn!

Couch Lam is pointed in his observations and always positive. He's easy-going manner of explained details may be reminiscent of his Hawaiian heritage. After over two decades away from the pitch, Coach Lam has helped me get back to feeling more like a player.

My son has been struggling to break into the starting lineup of his academy team. After spending a month training with Lucas his confidence has soared along with his ability and fitness. I've been impressed by his unusual but amazingly effective training methods that I've never seen before. This is a coach that will be going places, get him while you can.

Being a club coach I have players who want to go to the next level and play in college and maybe the pros. Knowing Lucas from men's league soccer, I've been recommending some of my best players to work with him. His experience playing at the top level and having gone through the recruiting process himself, Lucas is able to connect with my players and provide guidance on how to be seen by the top collegiate programs.

I've had my son (12yrs old) work with Lucas twice now. The first session was engaging and a enjoyed Lucas's energy. Second session was a real eye opener as my son brought video from his game last weekend and watched it with Lucas. They spent 30 minutes reviewing footage, the next hour doing drills to fix things they noticed, this is hands-on professional coaching. Will Go Again!

I'm heading to a division 1 school next year and Lucas has been huge in making me prepared. Physically I've never been stronger, and I'm playing the game at a much faster pace now.

My daughter just started with Lucas and she already feels a new level of confidence and love for the game. His professionalism and passion set's him apart from other coaches we've met.

What began as a friend helping me play better has lead to me becoming the captain of my weekend warriors soccer team. Even at 32 years old, Luacs's coaching style took me to the next level