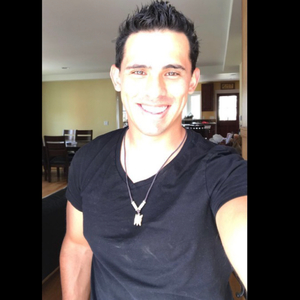 My background as a professional athlete and current medical student going into sports medicine, will give you the edge as an athlete in all aspects of the game. View all coaching experience

I’m a third year medical student and a former professional baseball player. I have had the luxury of learning and understanding sports through physically playing it and reading and studying about it.

I was fortunate enough to have worked with Nike, Under Armor and Adidas. I was part of their training programs as an athlete and later as a coach. My knowledge of athletic growth and development for athletes is second to none in the Los Angeles area.

In terms of Baseball, I have background knowledge, experience and Training with these famous hall of fame players:

1) I have had fielding training from Ozzie Smith

2) Catching instructions from Carl Nicols and Chris Bando, both former major league catchers for the Mets and Indians respectfully.

3) hitting instruction from Mike Scioscia and David Wright of the Mets.

I have been exposed to years of major league talent and coaching, and I am here to give all of this knowledge to the kids of our communities.

I have been coaching baseball for 10 years. I began coaching at the Babe Ruth level since 2008 For ages 13-15 year olds. During my tenure there, I took two teams to the Babe Ruth World Series in 2008 with the 13 year old all stars and 2013 with the 14 year old all stars. We finished 3rd in 2008, but we won the whole thing in 2013 as the best team in the country. That was the town of Westchester's first ever World Series appearance; after years of always losing to the cross town rivals, I was finally able to help them through that glass cieling. Every other year I have coached the All Star teams, we always end up in the regional finals and are always competitive against the best teams in the Pacific Southwest. My teams are always prepared physically and mentally.
I have also helped out coaching at West Los Angeles community college and my local high school, Westchester high school. I have worked closely with former Dodger coaches and MLB scouts and Managers such as Bob Grant, Hector Zamora, Carl Nichols, And Sal Bando to name a few. From 2008 to 2017, I was a player and coach at the highest levels of the game; college, minor leagues and "the show." I have been exposed to years of MLB experience and knowledge and now I can transfer that to all of my younger athletes who are trying to make it at the next level. I have over 10 former players who I have helped make a Division 1 college baseball program or help get drafted to the MLB. My techniques and knowledge help you prepare for the next level.

I was an accomplished well rounded athlete. I played football, soccer, water polo, basketball, baseball and ran track in high school. I was an All City infielder in 2006 and 2007 at Westchester High School batting over .400. I helped lead my high school team to the CIF championship in 2007 at Dodger Stadium where we won 3-2. I drove in 2 runs and was the game MVP.

I played college baseball from 2008 to 2013, and I also ran track for one year in 2008. In my college career I had the privelage to play at West Los Angeles College, Iowa, San Diego and Riverside and then played professional baseball for the Arizona Diamondbacks In 2013. I got to play rookie ball in their minor league system before retiring and focusing on my medical school path.

During my playing career I was a Short stop, second baseman, third basemen, outfielder, pitcher and catcher. I was a versatile player and always gave myself every opportunity to keep the coach from benching me. I was also a switch hitter and was clocked throwing 91 MPH on the mound and from short stop.

I also played on the U18 national baseball team in 2006 where we placed 3rd in the world tournament. I was the starting catcher on the team and batting second in the line up.

I coach kids of all ages, as young as 8 years old to professional athletes.

Depending on the Training the athlete is looking for, it can vary. For baseball specific, we will work on hitting, fielding and throwing. I will break down the swing and teach them not only the physical aspect of the game but the mental approach as well. My drills focus on the basic building blocks of the game and we will add on with every session.
For fielding and throwing I love to work with tennis balls as that teaches you how to create smooth soft hands to bring the ball in and to transfer it quickly from glove to throwing hand; this was a drill taught to me by Ozzie Smith.
Baserunning is very important whether you're slow or fast; being able to read the outfield and know their arms and the trajectory of the fly balls will be the difference between safe and out.

For the beach workouts and fitness portion of a baseball player, we will focus on the development of the fast twitch muscle fibers through plyometrics, anaerobic training and sand resistance to create the perfect explosive athlete. I provide all the equipment and it will be themost difficult workout you will ever try.

Great coach has so much knowledge of the game has patience

I started working out with Josh at the beginning of 2015. With his guidance and knowledge of how the body works, Josh pushed me through weekly rigorous workout routines while also teaching me to understand the importance of a healthy diet. He really pushes you to always give your best effort, and more importantly, to never give up on yourself. He's been a great role model and has helped me in my development not only an athlete, but as a student as well. He really emphasizes the word student in the word student-athlete. There have been moments I wanted to give up, and that’s where Josh comes in. He guides you through the whole process of being a competitive athlete, the ups and the downs. There is no such thing as a perfect road to success, and since he was a top athlete himself, he emphasizes with you and knows what you are going through. I thank him for the athlete he has made me. I am now prepared for the rigorous college baseball road that I am about to embark on next year after I graduate from Loyola High School. I received a Division 1 scholarship to the University of Rhode Island for baseball, and I thank Josh for helping me chase down that dream. As I continue to work out with Josh, I know I will continue to get faster, stronger, and learn more about how my body works and the nutrition needed to sustain a high level of play

I first met Josh when I was 14 years old; he was my All Star baseball coach who helped lead our team to the first ever World Series title for Westchester Babe Ruth. When our amazing run was over, I asked him if he could help improve my speed for college recruits. When I first started with him, I ran a 7.7 60 yard dash. When he was through with my training, we got it down to 6.8 and I was receiving offers from many competitive division 1 programs. His knowledge of the fast twitch muscle fiber, plyometrics and anaerobic training helped shape me into the explosive powerful athlete I am today. I know many of you don’t like to work hard, but Josh makes the workouts competitive, fun and loose. He puts all the responsibility on you if you want to become the athlete that everyone says they want to be. He will not beg you to work hard, but he will do everything in his power to show you the way. If you want to compete at the next level, it takes self-motivation and sacrifice; and sometimes you need a little guidance from someone who cares about your success. Josh was that person for me, and I am grateful I met someone who cared about others success more than his own. He takes it personal; if his athletes succeed, then he succeeds. I received a Division 1 scholarship from Grambling State for baseball, and I want to thank Josh for providing me with every opportunity to become a better, more competitive athlete.

Josh's program pushed me to a different athletic level that I had never been apart of. I was a young high school athlete who was always head and shoulders above everyone else, so I never thought I needed to train hard, I just loved to hit at the batting cages. As I got older, I realized everyone was catching up athletically and physically, and I knew I needed to find an advantage somewhere. I started working with Josh early Saturday mornings before I would take my batting practice and I realized this was no joke of a workout. I was sore in places I didn’t even think I had muscles at, but I started noticing a difference in my hitting. The ball was flying off my bat with ease, and I realized to be a better baseball player, I had to train my whole body. I would go run and train with josh on the beach and I would leave an hour later feeling like it was time to sleep till Monday morning! He taught me to push into another gear that I just didn’t even think I had. After these workouts with Josh, I realized what I had considered a “workout” was a joke, and I needed to step up my game if wanted to compete at the highest level of baseball. Through these workouts, I got more than just the physical reward from it; I mentally got tougher and learned how to push myself when I had nothing left in the tank. The mental toughness to push through these workouts helped me in my football and baseball career, and pushed me to be one of the best athletes in the South Bay. I received an opportunity to play Division 1 baseball at Loyola Marymount University, and I thank Josh for helping me become the tough well rounded athlete that I am today.