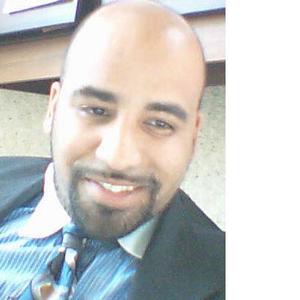 I am presently the Technical Director and Head Coach at MWFC Screaming Eagles Pro Futsal, in Sterling Heights MI. We are one of the inaugural teams in the top futsal league in the United State (NPFL) Our club has its own facility where we develop top level soccer talent. I am also technical Dir. for a regional United States Youth Futsal Academy and a licensed (Pre registered 2021) USSF intermediary agent

I was a player for the Ashbury College, Ottawa Ontario HS Boys Varsity Soccer Team from 1988 to 1991. I trained under two “A” Licensed professional coaches both head coaches for the local professional club with European Club experience. I was a club player in the Gloucester Hornets Division II, Open Men’s in 1992, I was a player in the McGill University which was the Quebec State Champions in CIAU Division 1

I was the Director of Europro Soccer Camps and Clinics for 20 camps where I trained and recruited ODP level staff, implement club/team specific programs U9 through HS boys and girls teams

I became a full time Professional Coach, Chicago, IL in 1996

I was the Coach and player of Ann Arbor United Soccer Club, who were Michigan Open Cup Finalists.

I have also the Girls Premier Coach at Dexter Soccer Club, Girls Premier Coach , Dexter, MI during 2002 to 2007. The team was ranked Number 1 Michigan HS Girls club side, also coached U9 and U18 girls, multiple premier level tournament and season championships

I work on basic body mechanics, receiving, shielding, dribbling, passing etc... I place a strong emphasis on body mechanics to accelerate the learning curve. I have a very good understanding of how technical defects let a player down. I can also coach some very advanced skills and tactical awareness. I have extensive player development experience at all levels.

For group sessions we train cognitive skills and tactical awareness, and use analytics to track and rate decisionmaking tendencies, profile players, and execute game plans.

Francois N. has not uploaded any photos yet

Our son has already significantly improved after two sessions with coach Francois. His confidence has already increased, and he's looking forward to his next session soon.

Coach Francois gave our 5yo the confidence he needed to have fun on the field.

Francois gave my son many great tips and exercises to improve his game. I highly recommend him!

Coach Francois is wonderful! He really honed in on some shortcomings in my son’s skills (while also praising his strengths). He comes up with a great workout each time and my son loves working with him. He’s kind but expects a lot and gets it out of my kid. He doesn’t skimp on the time - often going over by 5-10 minutes.

My son loved training with Francois.

Great work with my 5 year old. He does will with all ages!

I do recommend Coach Francois. He has a lot of experience to draw on and easily connected with my 16 year old. Clearly articulated the drills & what each specific drill was meant to enhance. Very positive / disciplined coaching style.

Coach Francois is great coach and my kids enjoyed the session. I like the way it is distributed to develop skills for my kids

Coach Francois takes a scientific approach to teaching the fundamentals of soccer. His understanding of the game's neuroscience and physical mechanics sets him heads and shoulders above other soccer coaches at any level. Coach Francois dissects various skills into bite-sized exercises/drills that can be understood by players of all ages and skill levels. I am committed to improving my game as both a player and coach. Train with him as soon as possible. I guarantee you will have a life-changing experience!

Coach Francois' sessions have significantly improved my body mechanics and movement especially on the ball. He's also worked on me getting a lot more comfortable on the ball and thus improving my ability to use skills to get past opponents in various ways. I'd highly recommend him to anyone who would like to improve on their overall game especially with the ball and becoming one with it.

Coach Francois is a supportive and positive coach. First lesson did more for my son than the entire first year season in high school!

Coach Francois is currently working with my 7yo daughter. He has been great working with someone that young and has worked on some agility and fundamentals. This is harder with my very spirited daughter, who will try many lengths to get out of doing hard work :). So I appreciate him being able to work with her!

I booked a session with Coach Francois and it went very well! He has a tremendous amount of knowledge with regard to the game, how it’s played, and of the fitness and technical fundamentals needed to perform well! As an adult who hasn’t played soccer in years, my goal was to brush up on my understanding of the fundamentals a bit to improve my skill level and to also help me support my kids as they have expressed an interest in the game. During our session Francois provided some excellent tips and techniques to improve my fitness level, stamina, and endurance during gameplay and also taught me how to shoot and pass properly and to defend in 1 v 1 scenarios. I used a good deal of what we covered in my very next adult recreation league game and definitely noticed some improvement in my performance. I can’t wait until our next game to use some of these techniques again and I hope to schedule another session with Coach Francois again soon! He comes with my highest recommendation!

Coach Francois is very energetic, knowledgeable and patient. Our girls are 10 and all over the place, but Francois manages to coach them like a champ! They love working with him and are coming home telling us about the skills they developed as well as the scientific reasoning for why his coaching works! We would highly recommend him to anyone looking to improve their skills.

Francois has been Fantastic for our Son! Francois has done a fantastic job teaching him in detail the mechanics of each move and successful soccer habits that our son has already begun to implement. He is seeing good improvement after only 3 sessions We are Thankful Francois has been willing to train our son.

My daughter had been to little kickers for about a year but in just one session she learned how to kick the ball correctly, how to position herself when there is a defender and lots of other skills she did not know. I always felt you have to learn the basics before you play. Now I feel like with coach Francois she will learn the the right way to do everything. Excellent.

Coach Francois provided my son with some excellent skills. He was patient and detailed. Just after one session, I could see his confidence increased. He also gave us great advice going forward!! I highly recommend Coach to any soccer player wanting to take their game to the next level.

Coach Francois did a fantastic job working with my teenage daughter. He kept her engaged during the entire session. This coach definitely knows how to play and coach at an elite level. Many fun drills. As long as my daughter is enjoying the game, It will be fun watching her skills, awareness, and technique grow.

Coach Francois provided my daughter with some excellent skills. She is in her second year with a travel team and they have never provided her with that direction. I know this because I attend all of her practices. He was detailed with his directions, which helped her to quickly incorporate the skill. Every soccer player would benefit from his coaching skills.

My daughter and a few of her teammates have been training with Francois this summer and the improvement has been amazing. Not only have I seen positive changes in ball control and footwork, but they also have an improved sense of the game as a whole. I am looking forward to our fall season to see the changes in action!

My first session with Coach Francois was great. I'm an adult just getting into soccer and we practiced some simple but practical and effective techniques that will definitely help me on the field. We jumped right into the lesson and I learned so much, no time was wasted, it was a very informative and impactful session. I highly recommend!

My 8 year old daughter just had her first coaching session with Francois, and it went very well. She is already better! She can’t waitfir the next one!

Great experience with Francois. Took my 3 year old daughter in for one on one training and was very impressed with his coaching ability with a kid that young. With only the first practice I could see such great improvement. I will definitely be back for some more training. Highly recommended

Francois did a great job in my daughter's first session. He spent tons of time on technical skills and in quickly diagnosing her strengths and weaknesses. By the end of the session he knew exactly what she needed to work on to improve in all phases of the game. We will definitely be booking more sessions.

Such a great coach, I am so happy we get to work with someone with great knowledge.

Coach Francois did a great job. It was my daughter's first session with Coach Francois and he had never met her before or knew anything about her. In the first few minutes he was able to model a training session to her ability and needs and systematically work through touch, dribbling, shielding and passing. It was an overall successful and beneficial learning experience. Looking forward to Session #2!

I have had one session with Francois. He was excellent. We worked on dribbling skills and he made sure I could understand the fundamentals. Even before the session he was very prompt in communication and understanding the specific needs. I would highly recommend him.

He was excellent. We worked on dribbling skills and he made sure I could understand the fundamentals!