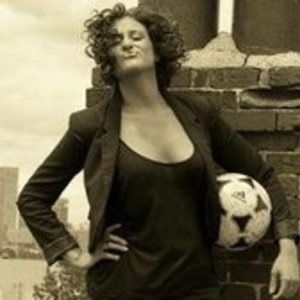 I have been blessed to live life by the grace of goal scoring and look to share my experiences and grow the game. View all coaching experience

Being so passionate for the beautiful game, coaching is a blessing and gives me personal growth to give back to the future of our game.

2012/Current Sports in the City private coaching. I hold one on one sessions from age 12 to college status focusing on personal player preference, fittness and mental training.

2005-2006 WPSL Massachusetts Stingers Fall River, MA
Co-captain, starter and scored 5 goals and had several assists, helping the team to make it through the first round of playoff. Coached the weekly youth team’s camps for ages 5-17.

2007-2008 WPSL Rhode Island Rays, Warrick, RI
Started in all matches, was the leading goal scorer in the conference with 8 goals. MVP of the many games, helping the team finished 6th in WPSL playoffs. Coached youth camps ages 5-17.

2001 Bunker Hill College Starting center forward for all matches. I was a co-captain and 3rd overall in goal scoring. I had 9 assists and was offered three div1 scholarships from my freshman year.
​
2002-2003 CCRI Warrick, RI
Starting left forward or midfield for all games, helping the team win the National Championship with an undefeated record of 22-0. Top ten goal scorer in the league for season.
​
2004 Lesley University Cambridge, Ma
I was co-captain 3rd overall in region for goal scoring. I appeared and started as center forward in all 17 matches.

1994-1998 Olympic Development Program (ODP)
Trained and played under the South Dakota Olympic development program. Represented South Dakota in the National ODP training camp, excelling and making the final team every year.
​
1988-1999 Rushmore Soccer Club Rapid City, South Dakota
Received coaching training from Brazilian, German, and American coaches. Starting midfielder/ forward player, playing in soccer championships and tournaments in the State, the regional and at the national level. Scored many goals and assists which help me earned many awards for this club.

When training a player one on one I have a firm belief it is just that, personal attention.

My sessions are always planned prior with the communicated needs and goals of the player. Yet, any given day can differ. I am always on my toes and ready to adjust the session to possible injury, a current experience from a recent or practice match or even a possible bad day.
I always start my session with a light jog/stretch and short chat to see where the mind and focus of the player is.

From there we roll right into the scheduled session where we begin with footwork, followed by specific drills and end with fittness.

Angela is a wonderful coach! She is so passionate about helping youth learn soccer and has been really flexible and supportive in helping a teenager learn the game for the first time. Angela is kind and patient, and has helped make learning the game of soccer fun and enjoyable for a teenage girl. I’m really happy & appreciative that we found Angela and get the opportunity to work with her!