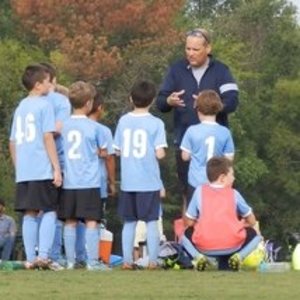 Nationally certified soccer coach specializing in goalkeeper development. I have over 20 years of coaching and working with all ages from competitive club, high school, and collegiate levels. I typically work with players from 11-18 years old who are looking to improve their goalkeeping skills so that they can compete at a higher level.

Currently working as Assistant Coach with Men's Soccer at Catawba College in Salisbury, NC (NCAA Division II). In addition, I am the Director of Coaching for the Catawba Soccer Youth Academy focusing on training and development of young soccer players ages 8-12.

Typical training sessions run about 75 minutes. Sessions are broken down to focus on specific areas that the player wishes to focus on or through evaluation I feel they need developing.

All sessions will include proper warm-up, specific training on a primary skill as well as a related secondary skill, shooting exercises that focus on primary skill work (for keepers), and I always incorporate agility & conditioning exercises in each session.

Coach Andy was great! He gave my daughter some great advice and we have booked 5 more sessions with him. He provided some good information on staying fit as a goalie as well as information on techniques. Looking forward to the upcoming sessions!

Coach Andy has been a great coach. He pushes my son to do his best while building his confidence in his abilities. He's always very patient and gives my child constructive criticism as well as positive feedback. My son actually looks forward to his sessions with Andy.

Andy did a fantastic job coaching my daughter and providing her with the training necessary to prepare her for both high school and club soccer. He was very helpful in teaching technique, fitness/conditioning, and mental toughness. We saw a huge improvement in her overall abilities and our daughter really looked forward to every training session with Andy.