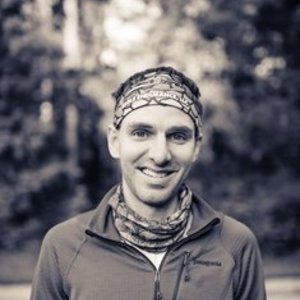 Focused specifically on increasing the athlete’s explosiveness, speed, change of direction, vertical and overall quickness for any sport and age! View all coaching experience

I have worked with Middle School to Collegiate athletes that were focused specifically on increasing their explosiveness, speed, change of direction, vertical and overall quickness. Athletes that I have coached have competed in soccer, football, basketball, volleyball, tennis, hockey, Lacrosse, Track & Field, and baseball.

I gained my coaching experience from earning my Bachelors degree in Exercise Science Education from The Ohio State University as well as from work experience with the Frappier Acceleration Training Program focused on speed and power development for a multitude of sports. I am a USATF Level 1 Certified Coach, NASM Certified Personal Trainer, and American Red Cross CPR/First Aid/AED certified.

Over the years, I added in more swimming, cycling, and triathlons, but I have always come back to running as the primary pursuit. From 2011 to present, I have been focused on ultramarathon running. I have completed five out of six 100-mile runs attempted and over 30 other ultramarathon distance events.

A typical strength & conditioning session with me will be 100% sport and individual specific. You can expect a dynamic warm-up, every day skills (agility and speed drills specific to the sport and position), general strength/power/quickness exercises, and a proper cool-down. The focus will be on proper form and proper engagement of core muscles in all movements and drills.