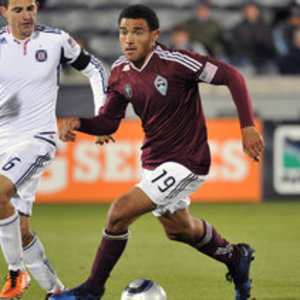 Get better and have fun training with a Harvard Grad and Former Major League Soccer Player! View all coaching experience

I currently coach South Bronx United’s U17 Boys team in the Cosmopolitan Junior Soccer League and have my US Soccer Federation National B Coaching License. I also have experience coaching youth level soccer players, anywhere between the ages of 6 and 18 through numerous MLS club-based camps. I have worked with large-scale camps as well as individuals bet am better suited to working in small numbers.

My full-time job is in the Competition Department at Major League Soccer’s Headquarters in Manhattan.

I then played four years collegiately at Harvard College in Cambridge, MA where I left the program as its All-Time Leading Goal Scorer and Assister (47 goals and 33 assists in 4 years). While there, our team won 2 Ivy League Championships and made the NCAA Tournament 4 times. I earned a few accolades, including 2006 Ivy League Rookie of the Year, 2009 Ivy League Player of the Year, 2006-2009 All-Ivy League First Team, 2007 NSCAA Second Team All-American, 2008-09 NSCAA First Team All-American.

In the summer of 2007, I competed in the FIFA Under-20 World Cup with the USA U-20 National Team where we reached the Quarterfinals of the tournament, playing alongside the likes of Michael Bradley, Jozy Altidore, and Freddy Adu.

In 2010, I was drafted by the Colorado Rapids of the MLS, where I played for 3+ years. I then played for New York Red Bulls in 2013-2014 and finished the 2014 season as a member of the New England Revolution. During that time, I won the 2010 MLS Cup with Colorado Rapids, the 2013 MLS Supporters Shield, made the playoffs 4 times, and competed in the CONCACAF Champions League in Mexico, Honduras, and El Salvador. Furthermore, I played with numerous US internationals such as Pablo Mastroeni, Conor Casey, Jermaine Jones, and Lee Nguyen as well as legends like Thierry Henry and Tim Cahill.

My sessions will work a mixture of technical work and agility/fitness drills with the ball. I will focus on ball control in tight spaces, especially as the legs become increasingly tired. In addition, I will engage the players in passing exercises and techniques that encourage and perfect striking the ball with one and two touch. For strikers, we can work on a number of finishing drills. I'll emphasize repetition and will ask for hard work.

Most importantly, I can tailor the session to the individual needs of the player(s).

There are currently no reviews or testimonials for Andre A.