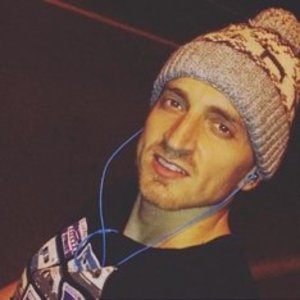 I am very responsible approach to the training process of athletes! Diving is my life and all the great experience that I have I want to pass on to the new generation! View all coaching experience

The session will include basic gymnastics and acrobatic exercises, also stretching and physical training, swimming and professional diving .

I am Vladimir Artemov. My most known achievements are Olympic champion in gymnastic and Multiple times World champion. I own of the “Artemov Gymnastics” gym in San Antonio Texas. Aliaksei Yurchyk one of the best and unique talents I have come by in many years. Not many performers in this field of work can give people such a joy and unforgettable memories by diving in water shows. I have seen him dive in SeaWorld at one of the shows. I also watched “YouTube” videos of his High Dive jumps from 89 feet with such a gratitude and ideal techniques. Without a doubt I can say that Aliaksei Yurchyk is talented and unique sportsmen which will significantly contribute to development of U.S. performing arts culture. I hope that Aliaksei Yurchyk will be reviewed and selected as an applicant for a status of O-1 visa. Sincerely, Vladimir Artemov.

I, Izmailov Gennady Izmailovich, am writing this letter in support of the petition for visa O-1 petitioned by Yurchyk Aliaksei, as a person having extraordinary abilities in this sport like diving. Aliaksei is the best student, with whom I've worked in my entire career as a coaching. He got in sports at the age of seven years and after only three months of training Alex won his first gold medal. Over the next five years under my leadership, he had taken several more gold medals in national and international competitions. His hard work and ability meet high standards in competitions helped him enroll in School of the Olympic reserve at the age of 10. In the year of 1999 he was competing at European Cup as diver in Strasbourg (France). As a result of his performance in this competition he won 3 gold medals, which allowed national team from Republic of Belarus come in fifth in overall qualifying standings of European Cup. In 2000, Alex’s performance had brought him an outstanding result, by winning gold medal at the European Cup in Cologne (Germany). In my opinion such a high result at an early age can only be accomplished by great work ethic, strong character, strive to goals achievement, love for the sport, also desire to grow and develop sport culture. I'm sure Aliaksei will bring an invaluable contribution to the sport of USA

My name is Michelle Adams, I am an American citizen and it gives me great pleasure to write this letter of recommendation for Aliaksei Yurchyk. I have had the opportunity to work and train closely with Aliaksei while performing for Bill Brown Entertainment. I can attest to his extremely valuable skill set in both performing and instructing in the acrobatic disciplines of diving and gymnastics. Aliaksei is a very motivated individual who pours his heart into any given task. After having the opportunity of learning how to dive from his expertise I can not stress enough how much his coaching impacted me in such an admirable way showing his high level of proficiency. He has both the natural abilities and many years of high level training that make him an important asset to any diving or gymnastics facility. His love for performing and the passion that is put into every detail of every routine and skill is truly remarkable and any one given the opportunity to work with him is lucky. Aliaksei is a genuine being who will go out of his way to help anyone. There were many times I found myself thankful for him taking the time out his day to make me more comfortable or those who surrounded us. His work ethic is unbeatable. Whenever we had breaks or time off Aliaksei was always working on improving his skills, learning new things or helping myself or the other performers grow in many acrobatic ways both mentally and physically. With my extensive background in gymnastics and acrobatics both in performing and coaching at very high levels I can confirm that Aliaksei is a vital advantage for any show, company or facility. He will be able to provide a level of excellence that is hard to match and will be a dream come true for anyone who works with him due to his superior and honorable traits. Sincerely, Michelle Adams

January 5, 2018 Reference letter for Aliaksei Yurchyk Hereby certify that Aliaksei Yurchyk worked at Brown Entertainment International Inc. from March 1 to October 31, 2017. Aliaksei was an exemplary employee. He was always on time, had a very positive attitude and it is a pleasure for me to recommend him for any company looking to hire. Aliaksei tasks consist of the following; Dives from alternative heights, High Dive (85’), Fire dive, Olympic dives, Clown dives, Comedy and Greetings. Aliaksei is as professional as it gets and is an excellent performer. He always practiced during brakes and tried to improve his skills in diving as well as in acting. He relates well with teammates, helping with responsibilities, and always showed diligence by following the company rules. Aliaksei is easy going, friendly and sociable, he makes good contact with the public. Aliaksei is also an excellent Gymnastic instructor and helped in our show Elastic Gymnastics, Coaching the Fast Track and Aerial performers, improving their Gymnastic Skills.