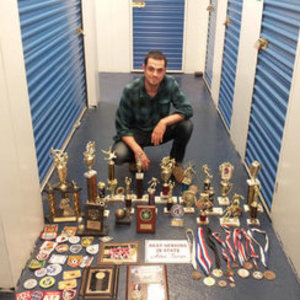 An accomplished, multi-positional player who absorbed a tremendous amount of knowledge from an array of high profile coaches around the world (Please see endorsements). View all coaching experience

I am a USSF and a NSCAA certified head coach.

Currently, I am the 1st assistant (associate head coach) of a women's college soccer team in the NYC area. We had a very strong season finishing with a conference record of 7-2, and reaching the Conference semi-finals in the playoffs. Additionally, I am the head coach for two premier youth club teams in the New York area.

I started coaching as a player for the Milwaukee Wave in 2013. I was a coach in the Wave’s summer youth program working with players from the ages of 11 to 15. It was my first coaching experience and I really enjoyed it because I connected with my players and was able to improve their game noticeably.

As a result of my coaching success with the Wave, coach Keith Tozer, current coach of the US Men's National Futsal Team, invited me to coach in his summer youth camp the following year.

I started playing soccer at age 4 in the AYSO summer program in Brooklyn’s Prospect Park. That winter I knew I was really hooked when I made my father drive me to Chelsea Piers in a snowstorm to play in an indoor winter league. From this point forward my love of soccer took me to amazing places and taught me wonderful things.

I started traveling internationally at a very early age. As a U-8 I traveled to London with the NYC Cosmopolitan U-10 Select Team to play in the Arsenal International Soccer Festival. I was a U-12 player on the U-14 SC GYOA team that won its flight in the Schwan’s USA Cup in Minnesota, one of the many times I played in that tournament. At 15 I traveled to Uruguay to train in the U-16 category of the legendary CA Peñarol, a 5-time Libertadores and 3-time Intercontinental Cup winner. This was the beginning of my love affair with Uruguay and its soccer.

I was the first ever 8th grader at my high school, the Packer Collegiate Institute of Brooklyn, to play varsity. Packer won multiple league championships during my tenure, and as the captain in my senior year I lead my team to the league championship and the farthest my school had ever been in the New York State School Cup.

I was called up to play for the Puerto Rico National U-23 Team and played in the Caribbean U-23 Tournament against teams from Cuba, Jamaica and Trinidad. While in Puerto Rico I signed with the Carolina Giants of Puerto Rico’s semi-pro PRSL league as a starting defensive midfielder.

I left Puerto Rico to take advantage of an opportunity to play in Uruguay with Danubio F.C., a club with an outstanding youth system that produced players like Diego Forlan and Edison Cavani. I remained in their youth and reserve system for a year.

In 2013 I signed with the Milwaukee Wave of the Major Indoor Soccer League, my first time playing professional futsal/indoor soccer. In the summer of that year, I played with the Croatian Eagles in the Wisconsin Soccer League Majors, one of the top amateur leagues in the US and we won the national championship.

From the Eagles I signed with Kultsu F.C., a professional club in Finland. While my time in Finland was brief I was able to experience the tough competitiveness of European professional soccer and learned to adapt to a very different climate, culture and style of play.

At the end of my contract in Finland I returned to New York and I now play for the Manhattan Kickers of the NYC Cosmopolitan League. As a starter playing various field positions for the Kickers I was fortunate to win the 2016 New York State Cup.

My sessions and development plans for each player are individualized according to the age and needs of the player. The duration of my drills and accompanying rest intervals separating sets are precisely calculated from start to end of each session. The design of my drills incorporate an intense aerobic output balanced with a high frequency of touches with the ball. The variations of my drill sets are also sometimes based around the position or positions on the field the player is best suited to play. For example, if I feel a player is skillful with the ball but lacks the conditioning necessary for a right winger, I might up the ante on the conditioning aspects of my drills mechanically appropriate for a right winger.

Ultimately, my philosophy is to develop the tools needed to be a successful 2-way player (strong offensively and defensively), which is a must at the highest level. I predicate incremental improvement through attention of detail of mechanics and proper footwork. An elite player, however, has a strong sense of the game in all aspects and can play multiple positions. If a player wants it badly enough and is willing to leave it all on the field, a player training with me will begin to see results worthy of a fine investment over time.

Coach Alex is an exceptional coach! We hired Coach Alex for the summer of 2019 to train our two boys, ages 4 and 6, for three 1-hour sessions per week. Coach Alex really captures the boys' attention with unique games and skill drills. The boys are totally focused during each training session (which is amazing on its own) and their ball handling has improved dramatically! Coach Alex is easy going but very clear in the direction he provides. He is extremely good with high energy boys as he keeps the training sessions fresh with different activities each session. Lastly Coach Alex provides comprehensive, detailed reports on the boys' progress - this is a great example of the care and attention that Coach Alex provides to the success of each child. We not only highly recommend Coach Alex, but will try to book time with him anytime we can in the future - especially to continue to cultivate the boys' love of soccer!

After just one session with Alex, I noticed significant improvement in my fitness level and overall game. He does an excellent job catering each session to your unique strengths and weaknesses. I look forward to every session with Alex. He's a great guy, works me hard, and knows exactly how to push me to rise to my best. I also like that Alex is clear and candid in his critique of my abilities. Some coaches are excessively positive. Alex is great at motivating and encouraging me without treating me with kid's gloves. At the each of each session with Alex I'm completely spent and I feel great.

Coach Alex is very good at communicating helpful feedback. He also brings energy to the practice to motivate players to work hard.

Coach Alex is amazing! He makes my kid work harder than he has ever before while making it look fun and easy. He presents drills and new skills as games and keeps my son engaged and running for the entire one hour session. He doesn't make my son win his games easily, he has to work hard and at the end of the session my son feels both exhausted and accomplished. Really happy that we managed to connect and I highly recommend him. Alex is professional and is easy to communicate with. My son has been in and out of different soccer classes but for him and his focusing issues the one on one sessions are exactly what he needs and Alex has been just the right coach for him.

We've only had one session with Alex, but I'm signing up for more. My son is 5 and has very little background in soccer but I felt that Alex inspired him to work. I didn't want to hover over the lesson, but whenever I looked up I saw moving fast and enjoying himself in the new drills, which Alex made into a game. I feel confident that he'll improve under Alex's coaching.
Alex also strikes me as mature and responsible. I'd definitely recommend!

Update: We worked with Alex for several weeks before we left town, and the experience has been great, with my son improving a lot and even more importantly, looking forward to shooting the ball with Alex and around the house. Alex has been brilliant at inventing soccer drills related to my son's passion for Minecraft that bring it back to passing, shooting and competition!

This was our third session with Alex. He continues to keep my 8 yr old son happily moving thru drills and games that mask the drills. My son is running nearly nonstop for the hour. He loves it! I love to see him enjoying soccer practice so much and feel that he is definitely acquiring skills much more quickly than when he is playing with his team. Working with Alex is like pressing a fast forward button on my son's soccer capabilities. I am seeing him improve before my eyes.
Excited to see how far we can take this.

My session with Alex was excellent. We started on time and he was prepared with a great lesson plan. He adjusted as we progressed according to my skill and fitness level. I'm looking forward to our next sessions. I highly recommend booking a session with Alex!

My son found Alex to be warm and laid-back, though he did get pushed, which is what he needed. Alex took the whole thing very seriously and took the time to go over what he thinks my son needs carefully, and made several suggestions about what he could do to improve at soccer every day. I would recommend him if you are looking for someone to jump start a kid at soccer. I found him to be responsive and professional, and I appreciated that as I had to reschedule sessions a few times.

Great player with a proven pedigree. Even better person, and a pleasure to work with.

Alex Torres has been a fantastic player with an extensive international career. He is an intelligent player with excellent field vision. His knowledge and experience will be invaluable to anyone wishing to improve their skills.

Alex is a great person and a great player. If you're training with him you're in good hands.

Alex Torres has extensive experience from a young age and at the highest levels in the US and South America. He has the experience, knowledge and thoughtfulness that are the hallmarks of an excellent soccer coach.