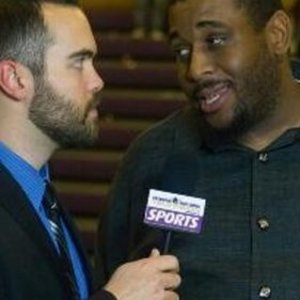 I am a championship winning coach that enjoys helping student-athletes at all levels grow into the best version of themselves & develop a lifelong love for basketball. View all coaching experience

Program designed for the dedicated student-athlete who is desirous of playing collegiate basketball. 12 training sessions MUST be completed in 30 day window. This program includes skills & performance training as well as n... See More

Program designed for the dedicated student-athlete who is desirous of playing collegiate basketball. 12 training sessions MUST be completed in 30 day window. This program includes skills & performance training as well as nutrition counseling.

1 time only introductory session with Coach Middlebrooks. 60 minute session length. This is a 1 on 1 personal training session.

1 time only introductory session with Coach Middlebrooks. 60 minute session length. This is a 1 on 1 personal training session.

Group training for ages 7 - 10 on Mondays and Wednesday from 7:00pm - 8:00pm. Focus is basic basketball skills and developing a love for the game of basketball. Each session is $25. Client pays per session. Advanced regist... See More

Group training for ages 7 - 10 on Mondays and Wednesday from 7:00pm - 8:00pm. Focus is basic basketball skills and developing a love for the game of basketball. Each session is $25. Client pays per session. Advanced registration is suggested as each session has a maximum of 10 athletes.

2018 17U National Champions, Adidas Super 64 Champion, CIF Champion, Adidas Gauntlet Champion, PEC-6 Conference Champion, multiple Coach of the Year Awards. I played collegiate basketball and have placed hundreds of student-athletes in college on scholarships at all levels (D1, D2, D3 and NAIA) in a market where less than 1% of high school student-athlete receive college scholarships.

Individualized training designed to move a client through a personal progression that endeavors to improve the overall basketball skills, strength, conditioning and IQ of a student-athlete. I emphasize the use of positive reinforcement and realistic improvement timeframes. My goal is to teach both the student-athlete and their parent(s) about the realities of the current basketball space so they avoid getting caught up in the "smoke and mirrors" of the youth basketball market.

Coach Middlebrooks is a tremendous basketball coach, mentor and teacher who has a positive influence on today's youth. His unique CEO approach to not only identifying potential problems or hurdles but strategically mapping out a way to solve them is very instrumental in his success. While combining the elements of communication, persistence, discipline, organization he finds a way to embed the same infrastructures and qualities into the many lives that he is allowed to touch. Individually it permits for one to become both successful in the classroom and on the court.

According to Nike SPARQ Basketball, “Coach Middlebrooks runs one of the best programs we have seen while touring L.A. The approach he takes with the players produces not only good athletes, but great students and fine young men.

During my relationship with Coach Middlebrooks, I have found him to hold the highest standard for his players, not only on the floor, but off the floor as well. I know when I develop relationships with his players, they will be prepared to have success as a student, and as an athlete. He is never concerned with the name on the jersey, or the location, he is concerned that his players go to a place where they have an opportunity to be the absolute best!

Coach William Middlebrooks is a unique basketball coach that truly develops players both on and off the court. His approach to teaching the game ensures his players consistently improve while acquiring a high basketball IQ. But more importantly, Coach Middlebrooks’ demands for academic achievement, strong character and discipline make his players well rounded and the types of young men that college programs at every level target for recruitment.

Will Middlebrooks is making a positive difference in young peoples lives. He not only is helping our youth improve their basketball skills for the college level, he is providing life skills that will serve the student-athletes well academically and in the real world.

Coach Middlebrooks has done a great job of building up a program that is one of the most respected in California. The way he develops his players on and off the court is second to none. What impresses me the most about Coach Middlebrooks is his love and passion for the game. He continues to be a student of this great game and that’s where he separates himself from other coaches.