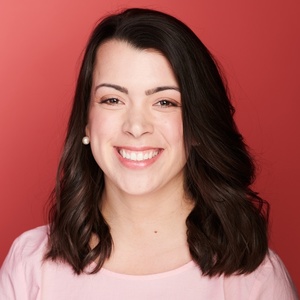 Former Division II Collegiate Pitcher...private pitching instructor with a side focus on mentorship and nutrition. View all coaching experience

I have seven years experience in coaching youth sports. I worked as a pitching instructor in Tampa, FL. I have experience working with collegiate pitchers, high-school and middle-school aged athletes, and adolescent athletes. I also have two years experience coaching junior olympic travel softball (ASA).

Made 26 appearances, including 14 starts, in first collegiate season...Led Tritons to one of their most impressive wins of the year on Feb. 27 against West Florida, tossing a complete game and scattering three runs in 4-3 victory...Was also first collegiate win...Helped Eckerd rally for a 6-5 win over Lynn on April 16 after allowing just one hit and an unearned run in five innings of work...Had season-high seven strikeouts against Palm Beach Atlantic on Feb. 15...Was named to SSC Spring Commissioner's Honor Roll.

Named the SSC Pitcher of the Week presented by VALIC in the first voting period of the season...Logged the bulk of the innings again on the pitching staff with 29 starts in 41 total appearances...Compiled a 3.86 ERA over 154 1/3 innings and included a total of 10 complete games...Ranked 12th in the nation among all Div. II hurlers for walks allowed per nine innings (0.86)...Tossed a complete-game shutout against Northwood University (Feb. 23), striking out a season-best five and scattering four hits in the winning decision...Opened the spring with back-to-back winning decisions and nine combined scoreless innings against Ave Maria University (Feb.), once in relief and once as a starter...Went the distance and then some by lasting 9 2/3 innings against Colorado Christian University (Feb. 8)...Kept ERA below 2.00 spanning first seven starts of the spring...Only gave up one unearned run to open a doubleheader against Lynn University (March 29) while yielding just four hits in the seven-inning effort.

When meeting with a client I spend the first ten minutes devising an appropriate warm up routine (stretching, running, and pitching warm up). This is the most important part as the warm up established the environment for the rest of the session. Typically when meeting a client for the first time, I will let them show me what they do, and I will make adjustments from there depending on what their wants are from the coaching relationship. After warming up, we work on what is needed/wanted for the time, and then close with a cool down consisting of the pitching warm up going backwards, and then stretching.

Whitney T. has not uploaded any photos yet

There are currently no reviews or testimonials for Whitney T.