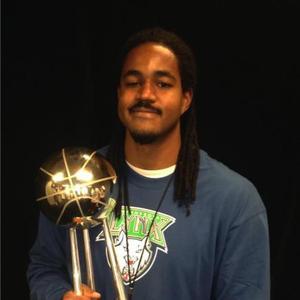 I can step in right away and provide Elite Basketball instruction. Whether that be shooting and ball handling drills, more advanced Pick & Roll reads, or using screens to get open.

I am willing to do whatever it takes to help individuals become better basketball players who are ready to help their team win games at any level. Right now I am a "Low cost High reward Coaching experience" willing to travel to accommodate any player or team interested.

2013 WNBA Champion with the Minnesota Lynx

Worked with Lynx All-Star coaching staff Cheryl Reeve, Jim Petersen, and Shelley Patterson throughout the 2013 WNBA season and playoffs to prepare and execute a Gameplan that would lead to a Championship... WE DID IT!!!

Clyde Turner Basketball Camp
Minneapolis, Minnesota 55411
Jul 2005 to Aug 2011
Teach the Fundamental skills of basketball to kids 6th through 11th grade.
• In charge of Talent development
Provide kids with a positive role model
• Provide professional basketball experience
• Instill strong work ethic in each and every kid
• Stress the importance of getting an education

2013 WNBA Champion with the Minnesota Lynx as a Player Trainer and member of the Lynx Game Prep Scout Team.

Received full Athletic Scholarship to play basketball for the University of North Dakota,

I will teach my clients what it takes to be a team player who can direct the offense and be an extension of the coaching staff. I will also bring intensity on defense and show players the importance of guarding your man all 94 feet of the court.
(Including how to take a proper charge!!!)

I will teach you how to be a strong on-ball defender and I will also teach the importance of team defense. I will help you learn offensive spacing, and teach you the ability to score when needed from long range, mid range, posting up and slashing to the basket.

Has really added more fuel to my son’s fire , in a great way.

The response time from Travis was immediate and we were able to schedule a session. He was also flexible when I had to reschedule. My son had a great first session with Coach Travis. I knew from reading the other reviews that he was going to be worked and he was! By the end of his session, he was drenched with sweat and exhausted but wanted more (just on another day). Which means it was a good workout and it's what we are looking for.

Because of a previous coaching experience and her tendency to be shy, our daughter went into the session nervous, but also excited to learn and work hard. Travis quickly put her at ease and got to work on several skills. She came home tired, sweaty, excited to be putting some new skills to work, and excited to work with him again.

My son trained with Travis for the first time and really enjoyed the session. Travis worked him hard, was detailed and really pushed the pace and intensity! We've already scheduled more sessions and he's really looking forward to it!

I now understand why Coach Travis is in such demand. My son, Isaiah, has worked with many trainers, and has gone to many summer camps over the past 2-3yrs and I can honestly say that the drills he put my son through were not only some of the best...but were focused on real game time situations and challenges many players struggle with. My son is pretty quiet and soft spoken, but he still talks about the time he spent with Coach Travis.
As a parent, I also appreciated Travis strategically running him through warm up drills to immediately pinpoint areas of weakness and tailored these drills to improve these areas and many other facets of his game. Isaiah is more confident and has made a big improvement working on many of the drills he sent home with us to practice. We are looking forward to our next session and would tell anyone who is interested to book sooner rather than later as he is in BIG demand throughout the twin-cities!

By far, one of the best basketball workouts and strategic sessions I've had in ages. Travis really propelled me forward in just an hour and I very much appreciated his willingness to push me right away. It wasn't easy and that's exactly what I am looking for. A+!

It was a great workout and I enjoyed picking his brain a little bit and his techniques. I also loved having an entire regulation high school gym to train in.

We appreciate the way Travis used positive motivation and a hard work ethic as part of his training. My daughter enjoyed her time working with Travis and we hope it pays off as the season begins.

If it were possible I would give Travis no stars at all! He never returned emails and also, never showed up for sessions. We fully expect to be refunded ALL of our money. This so called "coach" failed at every turn and, our son never got the opportunity to take his game to the next level as promised by CoachUp

Travis is a top notch coach, mentor, and person. Julia enjoys every moment training with him and has found confidence we never thought she would believe she had. She is learning to love this sport more and more every day and without the hard work from Travis, she would not be excelling. We highly recommend Travis for any and all training with basketball. Thanks Travis!

My daughter has had three sessions with Travis so far and has really enjoyed everyone of them. Travis does a great job of teaching and encouraging.

My daughter played in a 3 on 3 tournament after two sessions and the difference in her confidence and attacking the basket were noticeably improved.

My daughter is looking forward to many more coaching sessions, we're very happy with the decision to work with Travis, well worth the investment!

Madisyn has a great respect for Travis and she responds very well to his coaching. She enjoys every lesson and I see immediate improvement and confidence after every session.

I would highly recommend Travis training sessions to anyone. In just five sessions, my son has improved in all areas of his basketball game. I look forward to having my son work with Travis throughout the year.

Thank you Travis! My daughters just completed their first session and they are ready for more! It was great watching you work with the girls - getting them to go out of their comfort zone and really step up their skill development. You possess a great knowledge for the game and a knack for giving instruction to each girl that will work for them. We can't wait for our next sessions and watching the girls bring their basketball skills to the next level. Truly a great investment having the girls work with you - Thank you!

Upon starting basketball training with Travis, we have seen a positive impact on our daughter’s skills, ambition and attitude. She has more confidence in her abilities and can’t wait to get on the court to use those skills.
Travis is always encouraging, positive and gives great feedback to help improve skill levels. He is very knowledgeable as a basketball mentor. I strongly recommend his abilities and experience to anyone seeking professional coaching.
We just want to thank you, Travis, for being such a positive role model and bringing back the spirit in our daughter’s abilities as a basketball player! Thank you!

Coach Travis was outstanding!!! He is very knowledgeable, kind, and a great motivator for our daughter. He treated her very well and is excellent at working with girls. He worked on several areas to improve her fundamentals, confidence, and conditioning. Our daughter really enjoyed working with coach Travis and can't wait until her next practice!

I just want to say that you are an Awesome Coach and we really appreciate your hard work with Jessica. She loves working with you. You have brought her confidence back and she is so eager to do well and work hard. Thank you so much for that. We need more awesome coaches like you!