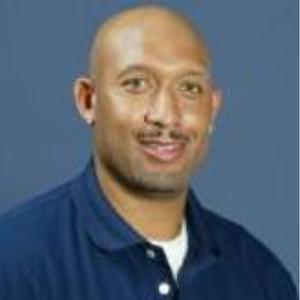 Message Coach
Fast Response Rate:
The percentage of time Sed B. responded to client inquiries within 48 hours in the last 3 months.
100%
Training Locations

I attended Cal State Northridge where I started at quarterback and led the Matadors to the 1990 Western Football Conference co-championship. I played 15 seasons in the Arena Football League. 14 with the AZ Rattlers and 1 season with the Chicago Rush I was a 6 time all arena selection 2 time Champion 1 time MVP In the championship. 1st qb to win 100 games as a starter. Since my retirement I was named the Greatest Quarterback in AFL History by the Silver Anniversary Committee in 2012.
Later that year, I was announced as a member of the Arena Football Hall of Fame Class of 2012. Also, In 1998, I was on the practice squad for the 1998 NFC Champion Atlanta Falcons. During the 1997 season, I was with the Arizona Cardinals and the San Diego Chargers.

The first initial sessions would be evaluations and discussing goals and fundamentals. Following this we would build a plan on how to improve the athletes overall game. Sessions include latter work, body control and specialized footwork drills.

Coach Sed has been great coaching my son. He is highly knowledgeable and knows how to work with teenagers and bring the best out of a player. Highly recommended!

If your son is desiring to be a QB, coach Sed is going to bring it out of him. He is very thorough, yet makes the tedious stuff fun. My son, for the first time, is coming home and working on his skills without me asking him if he's done them. Coach Sed knows the QB position extremely well and knows how to relate his skills to young players. I highly recommend him.

When our son was 10, he had been working with a private quarterback coach but seemed to have plateaued. While at a summer football camp, we met Sed Bonner. As a former college quarterback myself, when I saw Sed throw, I knew he was a world class talent. I told my son to get close to him and to do everything he said to do. Sed's instruction had an immediate impact on our son on and off the field. Sed's knowledge of quarterback mechanics is second to none and he has improved every aspect of our son's game, especially his footwork. Sed has molded our son into a college caliber quarterback with several scholarship offers and our son led the state of Colorado in several passing categories including overall passer rating. Most importantly, Sed has been an amazing mentor to our son and has shown him that there are still coaches with character and integrity that truly care. We will never be able to thank Sed enough for the amazing impact he has made in our son's life. Darren & Tracy Reed

My name is Tommy Lazzaro, I went to Pine Creek high school and have won back to back state championships. I credit all my success to Sherdrick Bonner. I have had the pleasure of training with Sherdrick Bonner for 3 years now. Sed is the best kind of coach you can have, he's carefree and fun to be around while still making sure you work hard and get the job done. When I first started training with Sed my footwork was terrible and my arm strength was minimal. He has changed that drastically. I can now throw a football almost 80 yards and hit the same spot every time. He's an amazing coach and an even better mentor. Most Qb coaches only care about performance on the field, Sed goes beyond that. He has you map Out goals for the classroom, field, and your life in general. He pushes you to reach those goals and does everything he can to help you get there. He's someone that I've always gone to, to talk about my personal problems because I know I can trust him and I know he always is looking out for me. If he knows something's up, you won't start training until he's helped you get through whatever's going on. I love the man to death and he's like a second father to me.