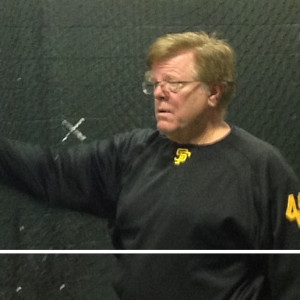 I have coached hundreds of baseball players, played in thousands of games, with decades of catching experience. I have caught several future major league pitchers while playing in the Baltimore, York Pa and in DC Leagues.

Each session is one hour (skills/drills with individual evaluation)

THROWING – to bases (first, second, third)
enhanced mechanics- footwork, compressing stages
transferring ball from glove to hand
balancing the risk of accuracy vs quickness
advantage of the Pitch Out
different techniques based on the pitch and the catcher

I highly recommend Coach Rick and his Rapid Release Method. My son has been working with him, and I can testify that it works. Not only that, but Rick is a teaching coach and I can promise you your catcher or catchers will learn something to make them better. I say it again, Rick contributed greatly to his success in becoming a better catcher. Which is why I have no reservations about continuing to pimp his services to every coach I talk to.

I just want to give you some feedback, and tell you thanks again, for the work you did with Jack & Jacob. For their age, they were pretty good catchers before you got to them ... Now, after working with you, they've taken it to a whole new level and we've literally got a two-headed monster behind the plate ... throwing kids out by 5 feet (or more!), blocking balls like crazy, and even throwing kids out trying to advance on a blocked ball. So, as a Coach - but also as a Dad - thanks for the time you invested with them. It continues to make a difference, and they're continuing to work on the drills and skills you taught them.

There’s no one else out there that has taught her so well in skills as a catcher and to grow the love of catching as you. Thank you again for everything".

Pop time is the key to any catcher's game! If you want invaluable, irreplaceable knowledge from someone who knows what they're talking about, Rick is your guy. Every catcher in our area should take in one or two or many of Rick's catching sessions! Rick talked to our kids on their level to bring them to the next. The hand and foot work that my kids were shown in their sessions with Rick was priceless.

I can’t recommend Rick enough. He instantly connected with my son and made all the difference in his playing high school ball without having previously played for a travel team. Rick did a great job of focusing on every aspect of catching across his instructional sessions from footwork, to blocking, and pop time. My son’s pop time improved from 2.79 to 2.35 in just a few months.

Rick was great with my son. He is a wealth of knowledge, patient, and detail oriented. From stance and blocking to poptime, my son was challenged to work hard and use correct technique. His poptime decreased substantially over the course of his sessions. We will definitely contact Rick again for ongoing training!

Coach Rick's Rapid Release Method provided immediate results on my son's release time. Within two weeks of working with Coach Rick, my son shaved .25 seconds off of his time. In addition, Coach Rick's approach, style and unique ability to look at things from a catcher's perspective resonated with my son and he had a blast while putting in the work!

Coach Rick's Rapid Release technique has vastly improved my son's pop time. And not just pop time but my son's has become an all-around better catcher after only a few sessions with Rick. Highly recommend him!

By applying the rapid release training, my son learned the techniques to reduce his poptime significantly. Coach Straub also worked with him to improve his blocking and he started the season a much improved catcher. The Coach communicates in a motivational manner that enables the instruction to be absorbed and applied immediately.

We highly recommend Coach Straub and his Catching Programs. Our son has been working with him for 3 years now. He has helped our son fine tune every aspect of his catching game., including decreasing his pop time and improving his footwork. Our son is much more confident behind the plate and will continue to work with Coach throughout high school. Our son is often approached by other Coaches and Parents to compliment his abilities behind the plate. We believe in his training so much we travel over an hour for the lessons.

Rick did a great job with my 10 yr old Son, he was patient and my Son responded well to Rick. His documentation of my sons POP times before and after were great for us to look at.

I wanted to thank Rick for the personalized approach he incorporates in his camp. We received daily emails tracking my son's statistics during the camp and his improved pop time from specific drills that relate directly to in-game performance. The drills practiced in the camp helped improve his pop-time and other areas focus to improve his play.

Coach Straub is a great teacher and even better mentor. Throughout my many years working with him he was always so supportive, loving, and cared for me as a human more than a ballplayer. His knowledge for the game is top notch and willingness to help is consistently present. He is a great coach and a lifelong friend.

Navy's pitching and catching coach worked with my son a great deal and it was very positive. The discussions we had with you today were very helpful and the impact of your time with him already paid dividends. Thank you.

I have watched Rick work with catchers at The BATT with great success. A junior catcher in Howard Co. has been working with him this winter and has made huge strides