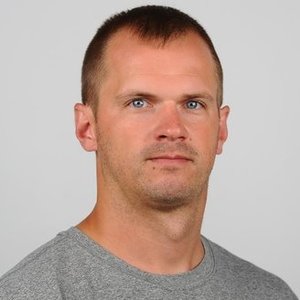 I will program two workouts per week for 4 weeks. They are fully customized based on our initial video call. Each workout is written based on the facility you will be training in and the client has the ability to contact m... See More

I will program two workouts per week for 4 weeks. They are fully customized based on our initial video call. Each workout is written based on the facility you will be training in and the client has the ability to contact me through my workout platform as well as access to a video library for help with training sessions. Included is also a weekly video check-in for 30 minutes.

I spent 12 years as a full-time Strength Coach at the Division I collegiate level. I was the Assistant Director of Speed, Strength, & Conditioning at Stony Brook University for 6 years prior to becoming the Director of Sports Performance at Fairfield University for another 6 years. I also made stops coaching in the NFL, NFL Europe, and Major League Lacrosse. I've trained 30+ athletes in their college careers who have gone on to play in various pro leagues for basketball, football, baseball, and lacrosse. While most of my career has been coaching elite level athletes, I want to take that expertise to help develop youth and high school athletes. I also coach youth and high school girls lacrosse travel teams with my wife.

I played lacrosse my entire life. As team Captain I helped my high school team to it's first Catholic Division Championship before going to Hofstra University where I played two years as at defense before embarking on my career in strength and conditioning.

Clients can expect an individualized program based on their needs and athletic goals. All of my training workouts are scientifically based to develop the body as a balanced unit. Using the information gathered with each client during an initial evaluation I will design a training protocol specific to the individual through my workout platform. Clients will then have instant access to all their training sessions and have the ability track all their progress.

Nick K. has not uploaded any photos yet

Arriving at Fairfield University as a freshman I hate to admit that I was not prepared for the college level. Coach Nick picked it up right away and realized that a lot of work needed to be done. He explained the steps that needed to be taken on and off the court to not only improve my performance but to maximize my true potential. He pushed me to my limits, making me realize that I was capable of a lot more than I thought was possible. There is no cheating with Coach Nick. There is only working the right way in order to achieve your goals. He prepared me, both physically and mentally, to be on of the most dominant forwards in the conference. Not only did he work with my team but countless others, and not once did he stop being a professional and caring teacher and mentor. At the end of my college career, I approached him to help me prepare for the NBA pre-draft training. As always, there was no hesitation on his part. He knew what needed to be done to get me ready for the next chapter of my career. Thanks to Coach Nick, I have a chance to make it to the league. There is no greater teacher than the ones who push you to always be your absolute best! I trust him mentally, physically, and spiritually.

I first met Nick in 2014 when he was the Director of Sports Performance at Fairfield University. He was instrumental in helping me transform my body to compete at the Division I level. His knowledge on how to build strength and become a better athlete is second to none. Without Nick I would not have been able to turn my dreams of becoming a pro-athlete into a reality. Any person or competitive athlete who has the chance to work with Nick will greatly benefit from his expertise.