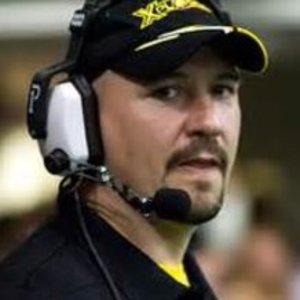 Life is a journey and we must battle to be our best in every thing that we do each and every day, which is why I I strive to achieve excellence and to assist others in the same. View all coaching experience

I have coached football at nearly every level imaginable, from the Junior program here in Charlotte, Michigan to Professional League in Germany. I spent 12 years coaching high school football and was the head coach of the arena team Kalamazoo Xplosion. I was the defensive coordinator at Olivet College for 5 years and coordinated Special Teams there as well. I have always done the Strength and Conditioning/Speed and Agility training for those teams and have worked as an individual trainer at Xceleration Total Athletic Performance Training.

As a player, I went on to play linebacker for 4 years at Hope College (NCAA Division III), where I was awarded the Allen C. Kinney Award for maximum contribution to the football program. Upon graduation, I played a number of years of semi-professional football here in Michigan, prior to becoming a player/coach on a professional team in Germany.

Depending upon the client and the position he plays, I can completely prepare the body for sustained excellence on the field of play. I begin all of my workouts with a dynamic warmup and will then do some form run and sprint technique work. All athletes need this type of training. After this my training sessions vary greatly, I have four or five basic workouts intended to build speed, lateral quickness, explosive power and core balance and stability. I also use a number of position specific drills to work on the games finer techniques.

My grandson Benjamin had an amazing experience with Coach Mike. We had two days in Lansing while we waited for the MSU football camp. Mike was patient, knowledgeable, and motivational. Everything any player would want from a coach. We’ll be leaving the area tomorrow, but we wish we had time for more sessions. Thanks, Coach. We’ll definitely stay in touch.

I believe that Mike Sparks would be a great head football coach at your school. Coach Sparks is one of the people in my life that I respect most. He is the kind of coach that you do not fear getting yelled at by, but you are more afraid to disappoint him. I have never met any coach at any level that cares more about his players. Coach sparks methods are consistent with those of any successful program. He truly loves his athlete; he has been loyal to everyone that has played and worked for him. He is a very well organized coach that has shown he is able to lead a successful team and strength program. Coach Sparks has seemingly endless amounts of energy, and will work harder than anyone to make your school a Champion again. He is the coach that receives wedding invitations and Christmas cards from his former players. One thing that coach does a great job of is developing relationships with all players and athletes in other sports. I believe that you will see a great increase in Alumni support at your schools games if coach Sparks is the next head coach. Once players leave the school Mike Sparks will be a part of their lives forever and because he is part of their lives the former players will be part of your schools football program forever. Coach will not only be a great leader on the field but off the field as well. He will do a great job reaching out to Alumni. He will bring a family atmosphere to the coaching staff and team. He and the assistants will be more visible at more school functions. Athletes will be held accountable for their actions. Athletes will have more academic support than ever before to help ensure a higher team GPA and that the athletes leave ready for the real world. The bottom line is that the players will know that coach cares about them, and when players know a coach cares they will do anything the coach asks of them. Coach Sparks will demand that they are respectful, get good grades, say please and thank you, win championships, and be wonderful representatives of your school. The players will do these things because they know that Coach Sparks Cares about them. Sincerely, Ron Tyner

I have had the distinct pleasure of working with Michael Sparks during summer football camps since 2004 as well as coaching with him in 2006 at Olivet College. I developed a deep respect for Michael as a person and as a coach. Michael was more than the ideal coach. In order to achieve the highest performance skills and my deepest respect, he continuously demonstrated outstanding leadership and maintained a clear sense of purpose for the team. Success in athletics at the college level requires extensive dedication and leadership skills. The football program at Olivet College is no different. It is very demanding, and Michael fulfilled all the requirements with the added pressure of being defensive coordinator since 2004 and the head strength and conditioning coordinator for all athletes. Michael continued to be an example to all players, coaches, and the community. My non-profit organization, Herb Haygood Off Season Skills hosted football camps through out Michigan this past summer. Michael was willing and eager to volunteer his skills in all operations of the event from promoting the event to enthusiastically coaching up middle and high school age student-athletes. Due to its nature of competition, the successful college student-athlete and college coach serves by not only representing his or her school but also by representing his or her community as well. With Michael’s superior knowledge and involvement in the community, he has developed a strong sense of confidence with a captivating attitude. Therefore, I could always depend on him to set the best example as a coach. Because of his natural leadership abilities, Michael is always admired by all players, coaches and fans. On account of his mature approach to his responsibilities, I often use him as an example while coaching my own student-athletes at my current position at Saginaw Valley State University. Since his players, my fellow coaches, and I will always hold him in the highest esteem, I sincerely recommend Michael Sparks as the ideal candidate for the coaching position. Respectfully submitted, Herbert D. Haygood