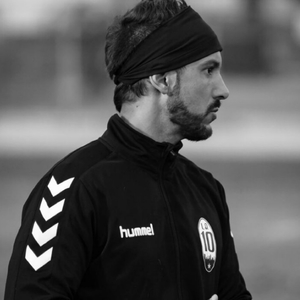 Former professional soccer player from Germany who moved to the US to help athletes enhance their performance and connect them to pro opportunities. View all coaching experience

Book Now
Online Training for up to 5 athletes

Following his soccer career, Marc became increasingly interested in functional fitness and yoga. For five years, he was a personal trainer and fitness manager for Fitness First Germany, one of the largest health-club chains in the world.

In 2010, Marc moved to the U.S. and worked for several fitness and wellness companies in Hawaii and California including Gold’s Gym in Venice, Calif. In 2012 moved to India, where he served as a national fitness manager for SportsFit World by MS Dhoni, in New Delhi.

Marc’s true love for and deep connection to the islands along with his unique vision for outdoor fitness brought him back to Hawaii. His vast knowledge and experience have led him outside the gym and away from machines. His desire to pass along his knowledge of fitness and healthy lifestyles has helped him co-found and build the most successful outdoor fitness community in Hawaii, HI Life Athletics.

Marc Zimmermann is the creator of the HI Life Athletics concept of outdoor fitness that builds on the principles of welcoming community, positivity, and close connection to Hawaii’s unique nature.

Marc relocated to Los Angeles in December 2016. Since then he has been coaching Fitness and Soccer in Marina del Rey. Also he became part of the coaching staff at the new UPSL Soccer club LA10 FC. In the Spring season of 2019 Marc became Head Coach of LA10, owned by former World Champion, Alessandro Del Piero.

Marc is very detailed in training. He would provide small tips from diet to matches. Also he will teach how to stretch and relax at the end of each training.

Coach Marc worked with my nine year old daughter and he was great. My daughter is very shy and she was comfortable working with him after one lesson and very excited for her next lesson. I'm very excited to see the improvement in my daughter's soccer skills and understanding of the game. I highly recommend Marc!

Coach Marc has the ability to really relate to your child and bring out his or her best. Coach Marc has great experience and skills that will not only boost your child’s game, but also their confidence. Our son Alex loves working with Coach Marc.

Great coach my son is learning more everyday he come back excited and happy but what I really like is that he gives him a push to keep trying and keep learning to achieve his goals.As for me I really like that he keeps me posted with the updates and follow up makes me see that he really care.Thank you coach Marc

I enjoyed the training session Coach Marc set up at the beach. Working out in the sand was difficult and yet very challenging. We worked on speed and agility which will transfer to soccer.

Having played competitive soccer at a high level for multiple years, I can honestly say Marc is one of the best trainers that I've had. He is very knowledgeable and his attention to detail when it comes to nutrition and recovery is second to none. Would definitely recommend for anyone looking for a personal trainer.

D1 Bound because of Coach Marc. He was my daughters personal soccer trainer for many years and was absolutely outstanding! What she learned from him on the technical side with ball mastery and control has set her apart from many on the field. In addition to soccer skills, his training sessions also included fitness, endurance, agility, strength and nutritional guidance. I would highly recommend Marc as he is the reason my daughter is playing D1 soccer and has been a three year starter.

There are a lot of trainers in Los Angeles. I really can recommend Marc. Excellent training programs . Super knowledgeable and personable He really mixes it up, so I was not bored. My physique ,mobility and strength really improved rapidly. You can be a beginner or an athlete, he has a program for you. Mind , body and habits were addressed and i am going strong ! Best reward is that after a month people complimented me on my physique and noticed the change! Money well spend #winning !

I rarely write reviews, but I felt the need to for Marc since he has helped me in getting me to where I want to be with my weight. Marc designed a fitness routine for me and even helped me out with nutrition. I told him which part of my body I want to tone and which I want to avoid (my calves tend to bulk up easily). Marc came up with a plan for me Marc also pretty much taught me about nutrition and what foods to eat more. He designed a meal plan for me! Also on a personal level, Marc has been a great listener. We would have a real talk and for someone who doesn't LOVE working out, I always looked forward to our training. I can't recommend Marc enough. HE IS GREAT!!!!!!!

I've tried a few personal trainers over the years and Marc is truly the best I have experienced. His passion, energy and knowledge overflows into the workouts!! I push myself harder during each workout with Marc and when I feel I can't do another set he encourages me to step it up to the next level. Marc has interest in your development, he really cares about the results and is fully committed to your personal health goals. I'm continuing with Marc for sure - always looking forward to the next session with him.

Having played competitive soccer at a high level for multiple years, I can honestly say that Marc is one of the best trainers that I’ve had. He is very knowledgeable and his attention to detail when it comes to nutrition and recovery is second to none. Would definitely recommend for anyone looking for a personal trainer.

There is no one better than Marc. Not only the nicest guy you’ll meet, he’s played for one of the biggest clubs in the world in one of the top soccer leagues in the world and that experience translates to his work. Balances perfectly the relationship of friend to work and makes you want to work harder than you knew you could. No one better in the biz!

I've trained with a lot of trainers in my career and Marc is by far one of the best. He has an immense knowledge of fitness and he's a stickler for form. Even though his workouts are tough he makes them fun and you can't beat working out outside overlooking the ocean!! He's helped me maintain my fitness level when I'm in Hawaii and I've incorporated a lot of his work into my daily routine when I'm back in LA. Marc cares about his clients on a personal level and he always goes the extra mile.